Thanks to alumnus artist, long-gone mascot Tommy Titan is back for 150th 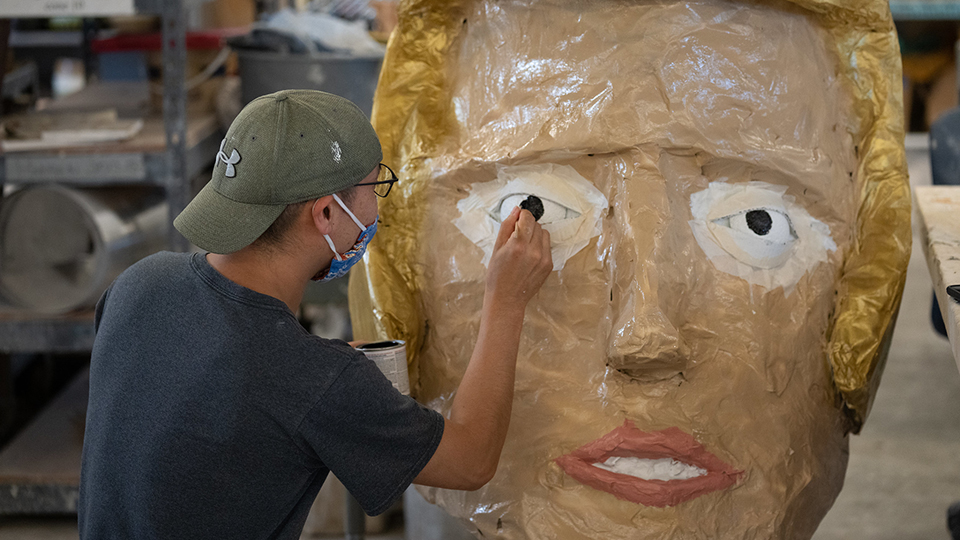 With the arrival of the University of Wisconsin Oshkosh’s Sesquicentennial Community Celebration on Sept. 12, it’s likely many Titans will return to campus for the first time in years. Maybe even decades.

Count Tommy Titan among them. 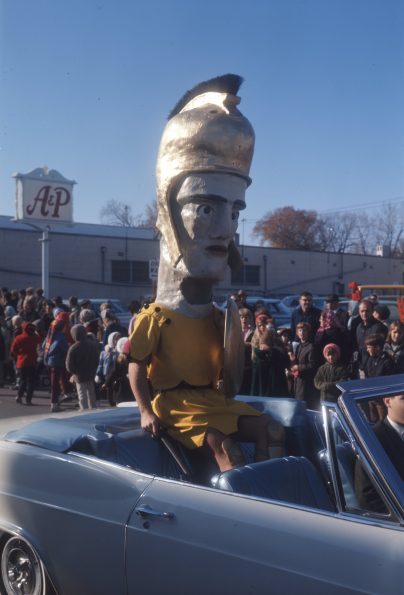 Tommy Titan debuted in 1967 and faded away sometime in the ’70s.

The UW Oshkosh mascot who roamed the sidelines at football and basketball games 50 years ago has made his triumphant return to the Oshkosh campus thanks to the talents of spring 2021 graduate Arimasa Imaizumi.

Imaizumi, an international student from Japan who majored in fine arts, spent his summer working on a papier-mache recreation of the figure familiar to the Titans of the 1960s and ’70s.

The origin of the Tommy Titan character is believed to reach back to 1954, when he was drawn by a student. Tommy first appeared as a buff male in a buzz-cut and sweater, and the character and name would continue to appear sporadically through the ensuing years.

In 1967, the first-ever mascot version of Tommy Titan debuted at the Homecoming football game. The creation of art students and alumni had a look inspired by Greek mythology, with a golden helmet and sword and a towering three-foot head. The costume, which based on photos looked to be made mostly of papier-mache, showed up at sporting events, parades and other happenings. Tommy Titan doesn’t appear in photos after the 1970s and the name, too, faded into obscurity.

UWO was without a mascot, then, until 2009, when Clash the Titan made his debut.

With the arrival of the University’s 150th anniversary, what better time to enlist an alumnus with artistic skills to bring Tommy Titan back to campus for the first time?

Imaizumi started the project in June. In order to remain in the country now that he’d graduated, he needed to take on 20 hours per week of art-related work or volunteering. Associate art professor Craig Clifford thought the Tommy Titan project would be a perfect fit and before long Imaizumi was constructing a chicken-wire structure to later cover with papier-mache to make up the necessary head-and-shoulders getup.

Not long after committing, he scored an internship at the Trout Museum of Art in Appleton. That left Imaizumi with just weekends to recreate the mascot whose original giant head’s fate remains a mystery.

Imaizumi, who started his UWO journey as a student on the Fox Cities campus, wrapped up his work at the end of August. The Tommy Titan head stands taller than five feet and weighs about 15 pounds. Under the layers of spray paint and primer are shreds of newsprint—including donated copies of the Advance-Titan—soaked in Elmer’s glue and water.

To complete the Titan getup, retired theater faculty member Kathleen Donnelly was recruited to create a gold tunic. Like Imaizumi, Donnelly used photos from the late 1960s and ’70s as a guide.

Tommy Titan will be on display for the 150th anniversary celebration Sept. 12. The community gathering runs from 11 a.m. to 3 p.m. along the pedestrian walkway between Reeve Memorial Union and the Arts and Communications building. 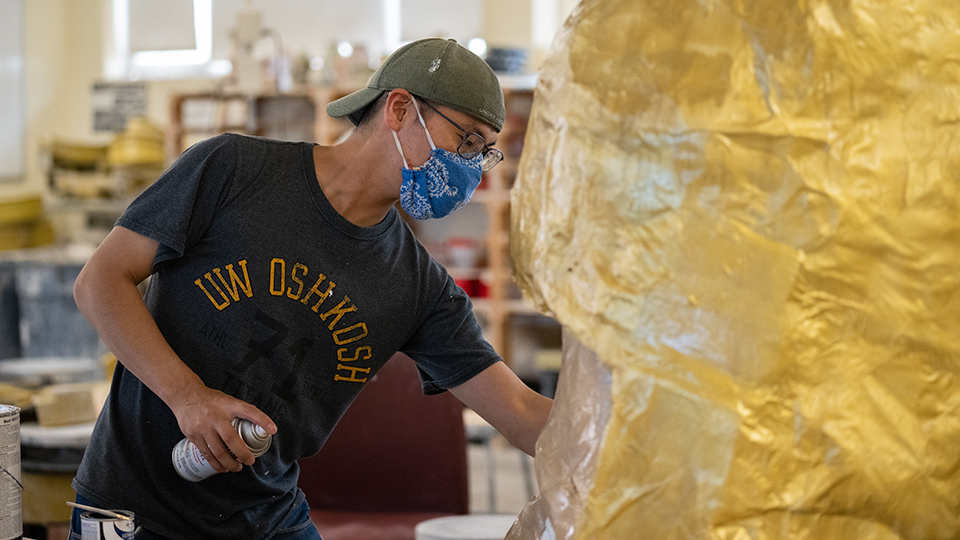 Arimasa Imaizumi ’21, finishes up the painting of his Tommy Titan recreation.