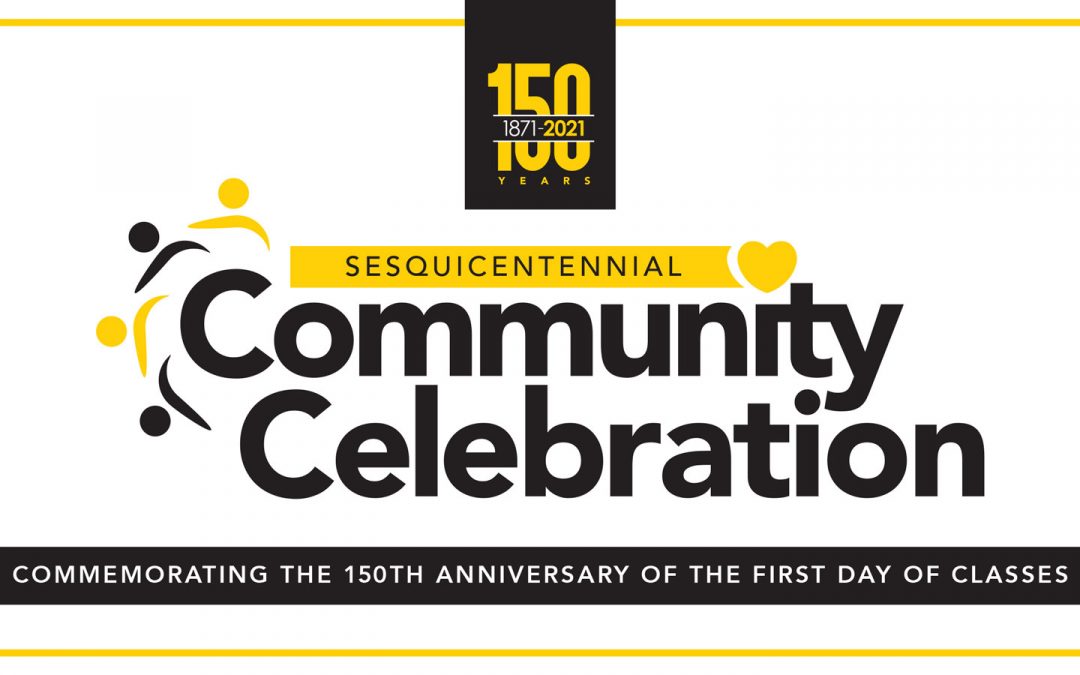 We’re just days away from the party 150 years in the making.

The University of Wisconsin Oshkosh’s Sesquicentennial Community Celebration is 11 a.m. to 3 p.m. Sunday, which marks the 150th anniversary of the first day of classes at the institution then known as the Oshkosh Normal School. The free outdoor gathering is open to all comers—from students and alumni to faculty and staff to members of the greater Oshkosh community—and the festivities are planned for the pedestrian walkway between Reeve Memorial Union and the Arts and Communication building.

Here are 10 things to know before you put on your finest black and gold gear and head to campus.

1. There’ll be plenty of food.

While the fall semester is underway, it’s technically summer for another two weeks. With that in mind, Aladdin Campus Dining will have plenty of free cookout food available, including hot dogs, hamburgers and veggie burgers. Those with a sweet tooth will be happy as well with root beer floats, snow cones, popcorn and 150th anniversary commemorative cookies on the menu. There also will be five food trucks parked offering additional items for purchase: Aftershock Smokers, Any Street Grill, Dante’s Inferno, Oley’s Pepperoni Cannoli, Ong’s Food Truck.

2. There’ll be beer, including something special.

Fifth Ward Brewing Co., an Oshkosh business launched by two UWO alumni, will serve a special commemorative beer. Aptly called Sesquicentenniale, it’s a classic amber ale brewed with honey malt to provide a touch of sweetness. Along with being available Sunday, it’ll be in cans and kegs at some locations around the Fox Valley in the weeks to come. Other domestic beer, provided by Lee Beverage, will be available at the celebration.

3. It’s a celebration of history.

It’s a 150-year story of excellence and opportunity and the Sesquicentennial Community Celebration will include several ways to learn about all that’s happened. Journalism instructor Grace Lim collected first-person accounts from faculty and staff, alumni, students and administration for a project called Humans of UW Oshkosh. An exhibit will be housed inside Dempsey Hall and a book will be available for purchase. Soundmarkers, a new historical tour with audio cues connected to specific locations around campus, also gives an opportunity for learning and exploration.

There’ll be a break in the music on the main stage at 1 p.m. for a half-hour program. Speaking on the significance of the 150th anniversary and the University’s impact will be Chancellor Andy Leavitt; State Sen. Dan Feyen; State Reps. Gordon Hintz and Michael Schraa; Oshkosh Mayor Lori Palmeri; and UW System Board of Regents’ Michael Grebe.

6. You can tour the campus.

The University admissions office will lead campus tours throughout the day. Tours start at 11 a.m., noon and 2 p.m. Those interested in attending a campus tour can meet in front of Dempsey Hall 10 minutes prior to one of the allotted times. Members of the UWO admissions staff will lead the campus tours.

One special stop to consider: University Books and More will have special hours on Sunday. The store for all things Titans will be open from 9 a.m. to 5 p.m. and a 25%-off sale runs through Sunday.

7. There’ll be plenty for the kids to do.

The activities planned for children include bounce houses, giant bubbles and sidewalk chalk. Titans athletic teams also will run games for the little ones throughout the day.

If you are unable to make it to Oshkosh for the celebration, you can watch a livestream of the event from 12:30 to 2 p.m. Our award-winning radio TV film department will produce the live event featuring interviews with faculty, staff, students and alumni, while also broadcasting the 1 p.m. program in its entirety. The livestream can be viewed at titan-tv.org or uwosh.edu/150/celebration. Oshkosh area Spectrum customers can watch on channel 57 and AppleTV, Roku or Amazon Fire TV users can download the Cablecast Screenweave app. Search for Titan TV to start watching.

How special is this occasion? Parking will be free on campus. There also will be a shuttle service available helping move folks from the lots to the event and vice versa.

Not only is Sunday the 150th anniversary, it’s also the inaugural Giving Day. The fundraising effort will go toward the newly established Give 150 fund, which benefits student academic, research and professional pursuits; University efforts in the areas of sustainability, social justice and economic security; and campus environment and student experience. For more information or to make a donation, visit the Giving Day website.