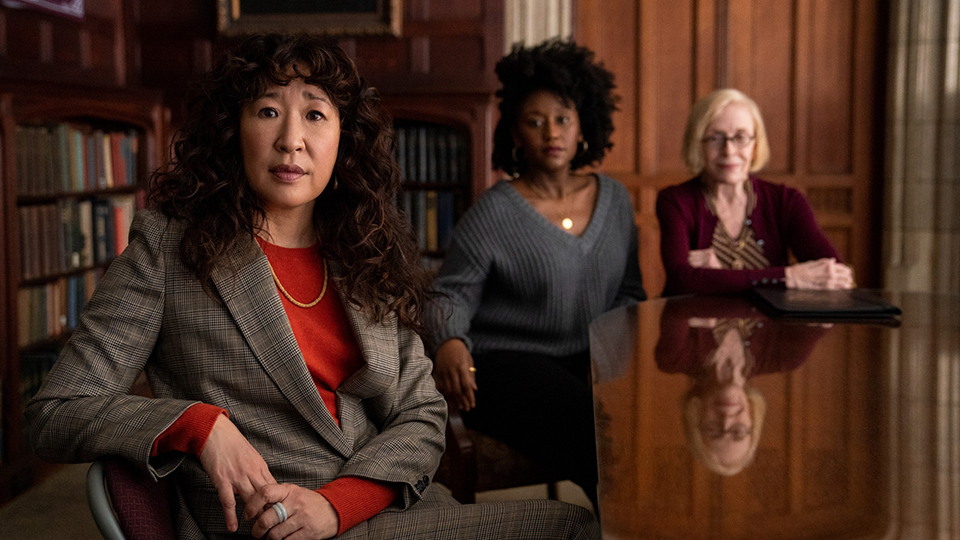 It might be set at a fictional university in the Northeast, but there’s a little bit of the University of Wisconsin Oshkosh in the new Netflix series The Chair.

Lee was a professor in the art department from 1991 to 1996. Her husband, Richard Masters, also taught at UWO. He left in 2015 and is now professor emeritus. 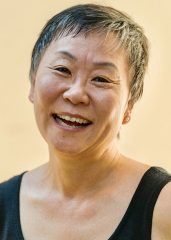 The Chair landed on Netflix Aug. 20. The tight season of six half-hour episodes is set at the fictional Pembroke University, where Ji-Yoon Kim (Sandra Oh) has just taken over as chair of the struggling English department. To put it broadly, Kim attempts to bring the department into the 21st century amidst a public scandal and other chaos, while also navigating a complicated personal life.

Lee shows up in the fifth episode, titled The Last Bus in Town. (Her character is listed in the credits as simply Grandma.)

It wasn’t Lee’s history in higher education that landed her the role, but a relationship with series lead. Lee and Oh got to know each other while working on the upcoming horror film Umma, which stars Oh and Dermot Mulroney and is planned for release in 2022. (The Umma gig she won as a result of a traditional audition process.)

Oh “knew my personal history and specifically requested that I join her to tell the story of academia, immigrants, women and especially women of color,” Lee said.

The series touches on themes of diversity, privilege and accountability in higher education.

“I think it is just scratching the surface,” Lee said. “There are so many more stories to tell to make academia healthy in this country and everywhere else in the world.”

The Chair was shot in the spring in Pittsburgh. After leaving UWO, Lee and Masters moved to New York City. They’ve both continued careers in the arts.

Lee began her acting career in 2017. She’s had a lead role in an off-Broadway production of Twelve Angry Women and small roles in TV’s Ramy and Awkwafina Is Nora from Queens.