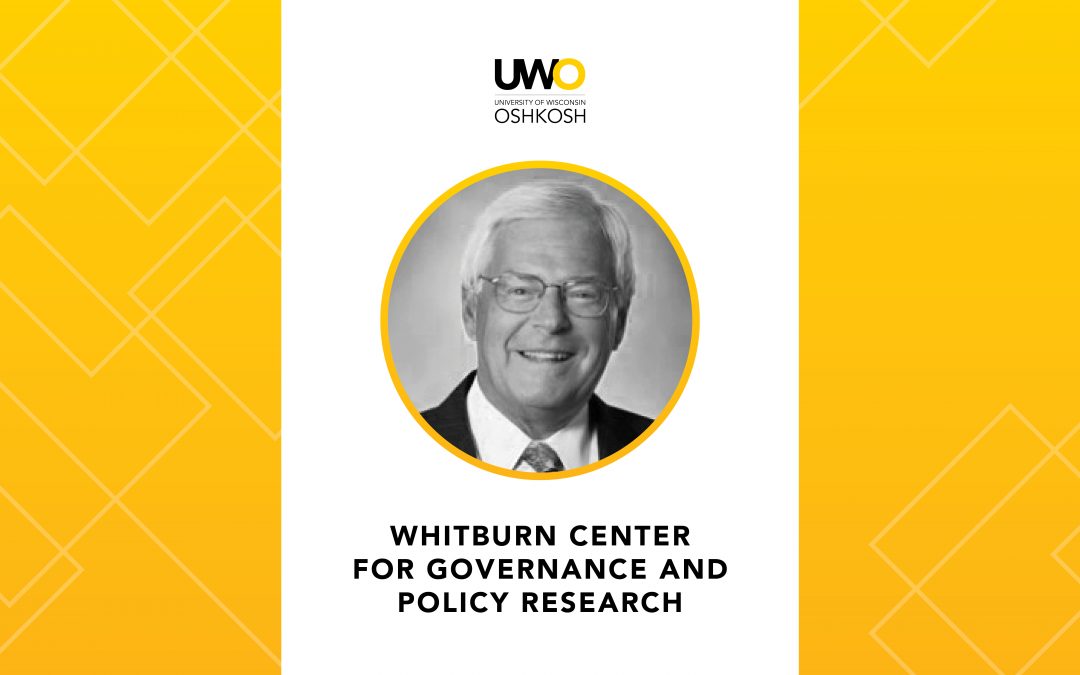 “A strong commitment to good governance across all levels of Wisconsin’s governmental units has always been important, but it has never been more critical than at this point in time,” Whitburn said. “Although Wisconsin’s good government reputation has consistently been a unique strength for our state, it mustn’t be taken for granted.”

Whitburn also was appointed to serve as a UW System Regent for nine years, earning the Board of Regents’ emeritus standing. In private sector governance roles he served as past chairman of the Property Casualty Insurers Association of America (PCI) and was a member of the board of Trustees of the American Institute for Charter Property Casualty Underwriters (AICPCU). He also had two tours in Washington D.C., where he spent three years on staff of the Secretary of the Navy at the Pentagon and six years working for U.S. Sen. Bob Kasten.

Whitburn, and his wife Charmaine, who met as undergraduates at UWO, reside in Wausau.

“Gerald Whitburn has modeled a remarkable life and career in scholarship, service and executive leadership that spans public and private sectors, epitomizing the rich and unique experiences this institution strives to make attainable for every Titan,” said Chancellor Andrew Leavitt.

“How we do things in government matters,” Ford said. “Through the power of our network of MPA alumni and friends, we will connect high-quality governance research to practice. We will demonstrate UWO’s positive impact on Wisconsin.”

The launch of the Whitburn center will be overseen by an initial advisory board chaired by former Wisconsin Gov. Scott McCallum. “This board will ensure the Whitburn Center is doing practical governance research to make a lasting impact in Wisconsin government,” McCallum said.

Other advisory board members include: