’61 Ron La Point (EHS) and ’69 (MST), of Oshkosh, wrote Women of Oshkosh, a book that profiles local writers, educators, business and city leaders, musicians and athletes from the past and present. La Point has authored five previous Oshkosh-titled history books.

’65 David Rykken (MST) and his wife Jan will celebrate their 90th birthdays this fall. Rykken taught in Manitowoc and a suburb of Minneapolis near family.

’71 Mark S. Galassi, (B) and ’73 (MBA), of Menasha, retired after working in many different fields throughout his career. Galassi was a plant accountant, real estate broker, manager of the Federal Surplus Property Program, a budget analyst in the medical field and bus driver for the Salvation Army.

’71 Esther Szambelan (MST), of Racine, celebrated her 80th year as a Dominican sister at Siena. Szambelan had a long career as a teacher and principal.

’78 Mary Muehlius (EHS) and ’85 (MSE), of Lomira, retired from the Slinger School District after 43 years in special education. Muehlius also managed the Lomira swimming pool for 40 years, travelled extensively, and worked as a tour manager for Fox World Travel.

’85 Mark Wolfgram (LS), of Menasha, is the senior director of field services for Special Olympics Wisconsin. Wolfgram works with over 150 local programs, oversees the state basketball season and tournament and is chair for the International Special Olympics Inc., overseeing the sport of basketball. 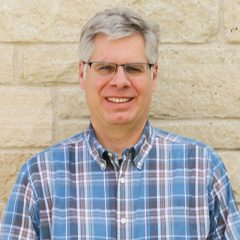 ‘89 Joe Toonen (BS) of Appleton, has been appointed to the Board of Directors of Worzalla, a Wisconsin-based printing company. Prior to his appointment, he led Worzalla’s regular audit as a senior partner at Grant Thornton.

‘88 Ted Wahoske (B) of Satellite Beach, Florida, retired as a Colonel in the United States Air Force after more than 27 years of service.

‘89 Jennifer Lutzke (EHS), of Elkhart Lake, is a 4K and Kindergarten special education teacher in the Kiel Area School District.

’91 Don Stoner (LS), of Apple Valley, Minnesota was named the 19th recipient of the Minnesota Intercollegiate Athletic Conference’s Mike Augustin Award in recognition of his outstanding contributions over the past 25 years as sports information director for Augsburg University. 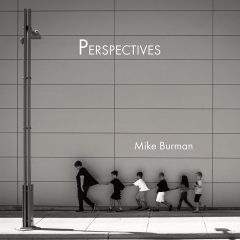 ’93 Mari (Wall) Freiberg (LS), of Cashton, works for the Bank of Cashton in community development. Freiberg ended her tenure as executive director of Scenic Bluffs Community Health Centers after 18 years.

’94 Mike Burman (LS), of Appleton, published Perspectives, his first book of street photography. The cover image, Follow the Leader, was a finalist in a global street photography competition and was on display at Vestige Art Gallery in Pittsburgh.

’99 Mark Rahmlow (LS), of Freedom, is a special events manager with the Greater Green Bay Chamber of Commerce.

’03 Noelle Kachinsky (LS), of McDonough, Georgia, is working as a health communications contractor with the Centers for Disease Control and Prevention in Atlanta after almost 20 years in broadcast journalism. 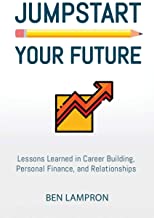 ’09 Meredith (Koski) Resop (LS), of Oshkosh, is an academic advisor at UW Oshkosh. 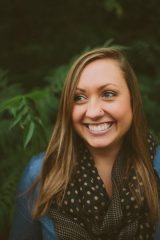 ’11 David Pieters (EHS), of Brown Deer, is the Associate Principal of Sheboygan Falls Middle School. Pieters was formerly a teacher and summer school principal in the Menomonee Falls School District.

‘12 Jason Breaker (EHS) and ’18 (MS) of Ripon, is superintendent of the Markesan School District. Breaker was previously the principal at Markesan Elementary School.

’14 Spencer Wagen (LS), of Hiawatha, Iowa, is the technical and content coordinator for KZIA, Inc., a group of radio stations serving Cedar Rapids and Iowa City.

’14 Bridgette Weber (LS), of Madison, was a key partner behind the opening of the Oshkosh Food Co-Op, following her research and interest in organic farming while a studying at UW Oshkosh. Weber is a volunteer coordinator and clothing center supervisor with Community Action Coalition for South Central Wisconsin.

‘19 Johanna Brotz (LS), of Berlin, is the program coordinator for the Tobacco Prevention and Control Program with the Fond du Lac County Health Department. Bortz has prior experience in public health in areas of health promotion, harm reduction, and community outreach.

’19 Ryan Hensley (LS), moved to Bridgeport Alabama, where he is a case manager at Mountain Lakes Behavioral Healthcare.