Below is a selection of identifying marks for the University of Wisconsin Oshkosh. Consistent use of these visual identifiers will strengthen our UW Oshkosh brand and our structure as three campuses, one University.

If you are creating digital or printed materials to represent the University, please make use of UMC’s brand review process. 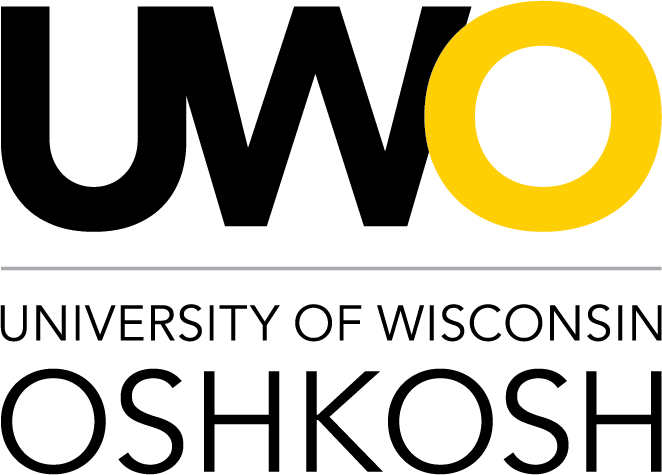 The lettermark is the primary identifier of the University and, with few exceptions, should appear on all official documents.

There are three approved lettermarks, one for each of the University’s three campuses. For each campus lettermark, there are two versions – vertical and horizontal – as shown below. The vertical is the preferred version, but design considerations should take precedence in your usage decisions.

All lettermarks should always have at least 0.25″ clear space on all sides.

The preferred size for vertical lettermarks in any standard printed document: Recommended height 1″ with 0.25″ clear space on all sides Minimum height 0.5″

The preferred size for horizontal lettermarks in any standard printed document: Recommended height 0.6″ with 0.25″ clear space on all sides. Minimum height 0.35″

This lettermark is the primary identifier for the University of Wisconsin Oshkosh. It should appear, with few exceptions, on all official documents. The wordmark is the only approved graphic representation of the University’s name and must follow all visual identity guidelines shown above.

It is also the primary identifier for the Oshkosh campus.

This lettermark is the primary identifier for the Fond du Lac campus of the University of Wisconsin Oshkosh.

This lettermark is the primary identifier for the Fox Cities campus of the University of Wisconsin Oshkosh.

It is essential for UW Oshkosh colleges, departments, units and programs to leverage the identity of the University in order to benefit fully from the connection to this highly respected, comprehensive institution. University Marketing & Communications will work closely with departments, units or programs on the development of sub-branding incorporating the relevant campus lettermark. If you would like to use a sub-branded identifier like the one below, please submit a project request form here. 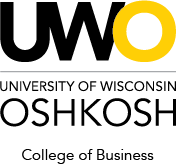 University departments are asked to use the UW Oshkosh logo as their primary identifier. In cases where a Titan reference is made and the desire exists to leverage the campus mascot, Clash, we encourage and approve the use of the Clash Mascot Logo for general campus use on a case-by-case basis.

The former University of Wisconsin Oshkosh wordmark is a graphic containing the words “University of Wisconsin” in gray, a yellow curved line, and the word “Oshkosh” in black. It is no longer the active primary identifier for UW Oshkosh and should not be used on university documents or marketing materials.

The Oviatt House logo is a circular graphic depicting the Oviatt House and trees, accompanied by the University name. It is NOT the official UW Oshkosh logo and should not be used on university documents or marketing materials.

The Oviatt House logo was designed in the winter of 1977-1978 for use on a flag for an expedition to Antarctica by geology professor Thomas Laudon. Within the circle, the logo originally depicted a “moon’s eye view of the earth” to suggest UW Oshkosh’s worldwide impact.

Other images in the center of the logo were tried early in 1978, including a silhouette from the Oviatt House tower. Oviatt House’s rich history as the oldest building on campus (built in 1882-1883) lent this version of the logo a historic and collegiate appeal. Chancellor Edward M. Penson (1978-1989) soon gave it formal approval and stipulated that it become the official logo to be used on all University communications.

The University Seal, also known as the Chancellor’s Medallion, is reserved for official documents, certificates or promotion of special/formal ceremonies. It is NOT the official UW Oshkosh logo, and it should not be used as a replacement for the logo.

Special permission to use the Seal/Medallion for other purposes may be requested in writing from the Marketing and Communications Office, for approval by the Chancellor.