About the MPA Alumni Board

The MPA Alumni Board consists of alumni of the UW Oshkosh Master of Public Administration (MPA) program. The nine-member board provides guidance to curriculum development, professional development programs, networking, and social events in collaboration with the Whitburn Center. It connects UWO students, alumni, faculty, and staff, as well as the constituents they serve. For the 2022-2024 term, the board includes:

Mikko Hilvo received his Bachelor’s of Arts in Secondary Education from Valparaiso University in Indiana and his Master’s in Public Administration from the University of Wisconsin – Oshkosh. Mikko has over 20 years of professional experience in local government management. Since July 2020, Mikko has served as the City Administrator of the City of Cedarburg. Prior to becoming the Administrator, Mikko was an Interim Administrator, Assistant Administrator, and Director of Parks, Recreation, & Forestry for the City. Mikko began his municipal career working for the City of Hartford as an Aquatic/Fitness Supervisor and has served both the City of Hartford and City of Cedarburg as a volunteer Firefighter/EMT.

Reggie Parson, ’16 MPA, JD – Senior Legislative Aide/Policy Analyst for the Speaker of the House of Representatives (State of Maine)

Reggie was born and raised on the South Side of Chicago, Illinois and a 2016 graduate of UW Oshkosh with a Master of Public Administration degree. He is currently a Senior Legislative Aide and Policy Analyst for the Speaker of the Maine House of Representatives in the Maine Legislature.

He resides in Portland, Maine and is involved in the community serving as the Vice Chair of the Police Citizens Review Subcommittee in Portland. He received a Bachelor of Science in Homeland Security from Marian University (WI) and Juris Doctor from the University of Maine School of Law.

Danielle L. Block, MPA, PE is the Director of Public Works for the City of Appleton. As a public administrator and professional engineer, she is working with the Board to lead the village through the redevelopment of the former NewPage mill site along the Fox River. This area provides unique challenges and vast opportunities to reconnect with the history of the papermaking industry and the beauty of the riverfront. Danielle has served as Administrator for the village since 2017. Prior to that she was with the Wisconsin Department of Transportation for over 10 years. Danielle’s responsibilities included project management, community sensitive design coordination, environmental impact research, budget management and design delivery as part of the I 41 Mega Project in Northeast Wisconsin. Danielle earned her Master’s in Public Administration from the University of Wisconsin – Oshkosh in 2019 and her Bachelor’s Degree in Civil Engineering from the University of Wisconsin – Madison 2005.  She is certified as a Public Manager through the University of Wisconsin Madison Continuing Education 2019 and a Professional Engineer since 2009 by the State of Wisconsin. Danielle also serves on the Whitburn Center MPA Alumni Board. 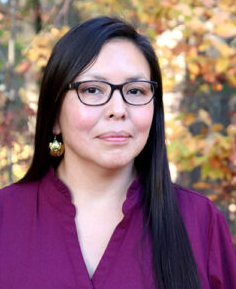 Jennifer Gauthier is a Senior Outreach Specialist with the University of Wisconsin-Madison Division of Extension in Menominee County/Nation. She has worked with the Division of Extension for nearly 10 years where she helps local government and educational institutions with planning, health focused community development efforts, and Indigenous food sovereignty work. Prior to this, she worked in Tribal government with the Menominee Indian Tribe of Wisconsin. Jennifer is also an adjunct professor at the College of Menominee Nation and serves on a number of local boards where Menominee language revitalization and food sovereignty are prioritized. Jennifer earned a Master of Public Administration from UW-Oshkosh and a Bachelor’s degree in Political Science from UW-Madison 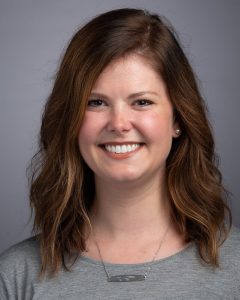 Kelsey McDaniels began working as the Study Away Coordinator in the Office of International Education at the University of Wisconsin Oshkosh in January of 2014. While pursuing her undergraduate degree in French Language and Literature, she spent a semester abroad on the European Odyssey program which took her to five countries over three months. When she decided to further her education, she began the MPA program at UW Oshkosh and graduated in May of 2020. In February of 2021 she was promoted to Assistant Director of Study Abroad and continues to work in this role. She is currently serving as a senator on the Senate of Academic Staff, and previously served as the Education Abroad Representative for the Wisconsin Association of International Educators (WAIE). Outside of her professional role, Kelsey is a member of the Development Committee for the Oshkosh Area Food Pantry (OACP) and works as an Election Inspector for the City of Oshkosh. This year, she started the “Pantry Podcast” for the OACP and joined the Ripon Community Church band as a violinist.

Alex Trembley is the Quality and Education Supervisor at North Memorial Health Ambulance. Where he is heavily engaged in public policy and EMS administration He has spent his entire professional career in the Public Safety industry, gaining experiences in areas such as Emergency Management, Healthcare Leadership, and Public Policy. A 2020 Alumni of the UW-O MPA program, Alex is currently completing his DPA at Valdosta State University. Alex and his wife Lauren live in Saint Paul, Minnesota and will welcome their first child in May 2022