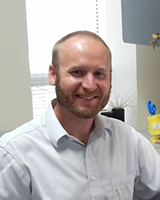 Michael Ford is a tenured Associate Professor of Public Administration and Director of the Masters of Public Administration program at the University of Wisconsin Oshkosh (UWO). He has published over 40 peer reviewed articles on public and nonprofit governance, and one peer reviewed book on education policy. In addition to his role at UWO, he serves as an elected member of the Oshkosh Common Council, as a member of the Oshkosh Plan Commission, on the board of Clarity Care Inc., and as President of the Midwest Public Affairs Conference. He also writes monthly columns for the Public Administration Times and the Oshkosh Herald. His work has been featured in a variety of media, including the Washington Post, the Houston Chronicle, the Milwaukee Journal Sentinel, the Associated Press, and Wisconsin Public Radio. His school board research has been used in board trainings across the United States, including in districts in Wisconsin, Iowa, California and Texas. 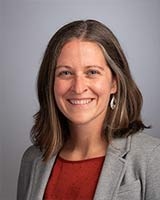 Prior to UWO, Sam served for more than 15 years in various public and nonprofit organizations focused on rural, environmental, and educational programs. Such positions included working as a Research Analyst for the U.S. Department of Labor’s Trade Adjustment Assistance Community College and Career Training (TAACCCT) Grant Program, a Rural Philanthropy Program Associate throughout Colorado, and as Vice President of the Advisory Commission for an Inclusive Community in Lakewood, CO. A native of North Dakota, Sam received a B.A. in Social Science from the University of North Dakota, an M.S. in Sociology from North Dakota State University, and her Ph.D. in Public Affairs at the University of Colorado – Denver.

In addition to her position at the Whitburn Center, she works as a Firefighter with the City of La Crosse Wisconsin, where she has been since 2015. Her research interests include public safety services, diversity, equity, and inclusion policy, and the efficacy of local government programs and services. 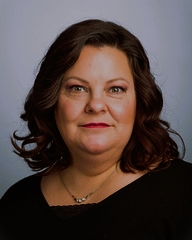 Beth Bouche has a degree in Human Service Leadership with a Global Scholar Certificate from UW Oshkosh. She is currently pursuing her master’s in Public Administration at UW Oshkosh. Beth has a passion for gender equity, social justice, and environmental issues. She is the current OSA Graduate Student Advocacy Senator and Women’s Advocacy Council Co-President. In her free time, she enjoys reading, gardening, music, and spending time with friends and family.

Amy began working for the UW Oshkosh Women’s Center in 2005. She transferred to the UW System IDEAS Alliance (formerly the Women and Science Program) in 2007. Amy joined the Whitburn Center team in January 2022 and continues in her role with the IDEAS Alliance, sharing her time between the two programs.