Our physical space is temporarily closed as a health and safety precaution due to COVID-19.

The UW Oshkosh Women’s Center exists to serve students, staff, faculty and community members. Part of the Division of Academic Support of Inclusive Excellence, the Women’s Center hosts educational programs to address a variety of gender and social issues and provides resources for women and gender minorities. 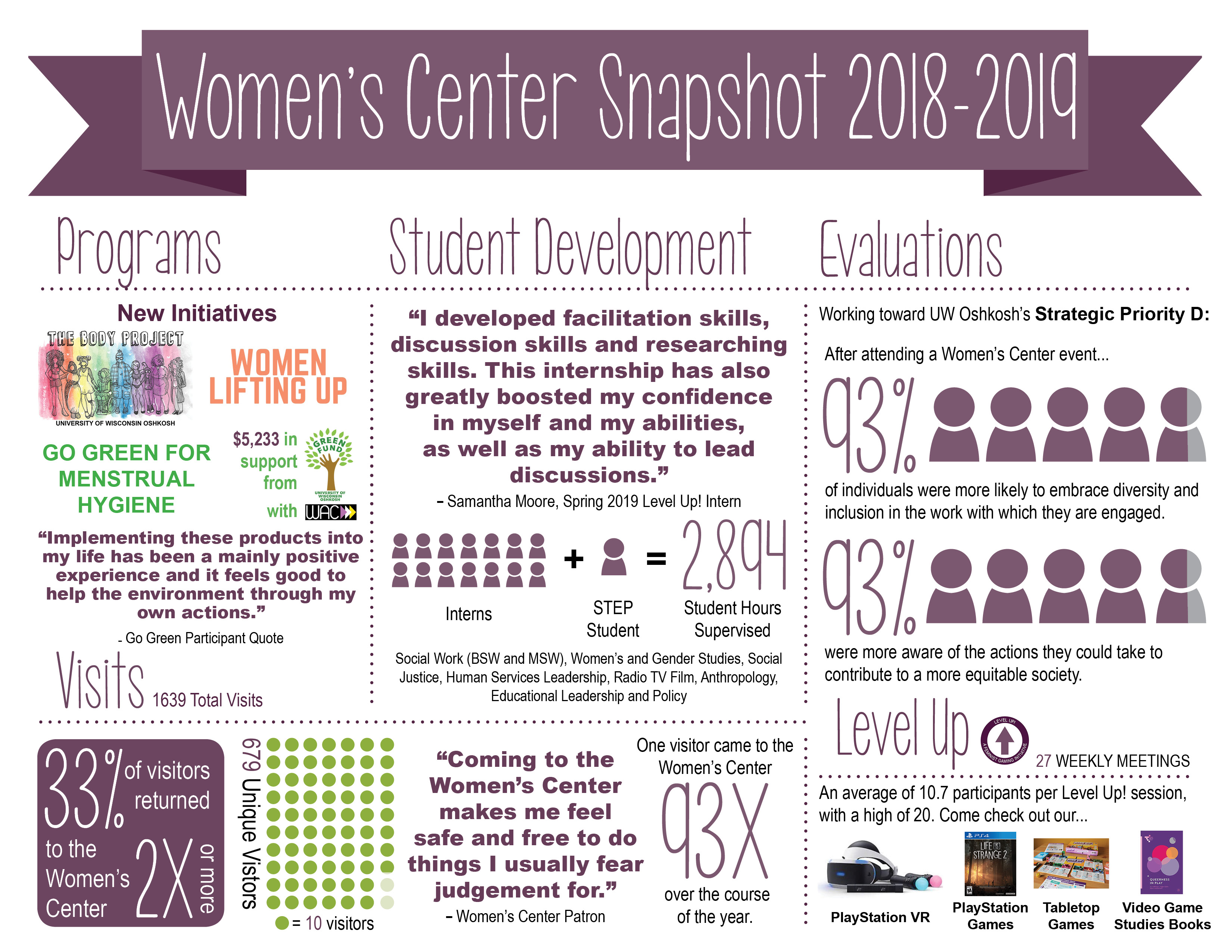 "Each member of the University community must play

Exciting (and relieving) news from the U.S. Suprem

June 2020 is officially Pride Month in the City of

Today would have been Breonna Taylor's 27th birthd

“The fact that the freed slaves’ Memorial Day

What other tips would you add?

We are excited to read these two awesome books thi

Congratulations to Dr. Cheryl Green on being named

Congratulations to our former team but forever fam

Congratulations to all #UWOGrads! 🎓💛🖤 We

Congratulations to the 13 current or former Women'

What's for dinner? Join us in ordering Toppers Piz

Join Ms. Magazine, Feminist Majority Foundation, Girls Learn International and The Civics Center for a (FREE) special, virtual screening of Capturing the Flag, a documentary that shares the story of three activists who worked to combat voter suppression in Cumberland County, N.C. in 2016.

The screening will be followed by a live town hall with Michele Goodwin, host of our new On the Issues podcast; Myrna Pérez, director of the Brennan Center's Voting Rights and Elections Program; and Laverne Berry, a producer and activist featured in the film. You’ll have the chance to hear more about their voting rights work, ask questions and learn how to get involved in voter protection work in 2020 and beyond.

Capturing The Flag is an urgent cautionary tale that documents what’s in store for the fast approaching election of 2020, and a close-up look of American democracy at its most vulnerable point. Through the intimate experiences of the film’s citizen volunteers — and the hundreds of voters they try to assist — the human dimension of democracy comes into focus. Their journeys as citizens of conscience uncover stories about the strength and fragility of American democracy that are rarely heard. The shocking voter suppression we see unfold in real time in Capturing The Flag is proliferating across the country, as those who control local elections have been emboldened to rewrite access to the ballot box along partisan lines. The film serves as both a warning and a call to action for anyone interested in protecting the “One Person, One Vote” fundamental of our democracy.

Share on FacebookShare on TwitterShare on Linked InShare by Email