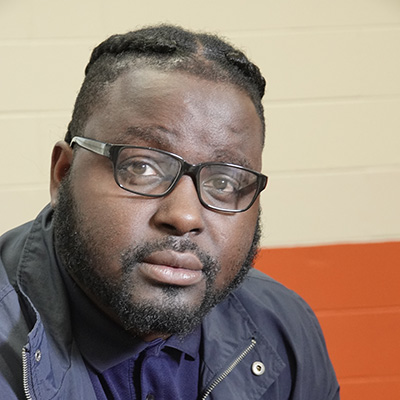 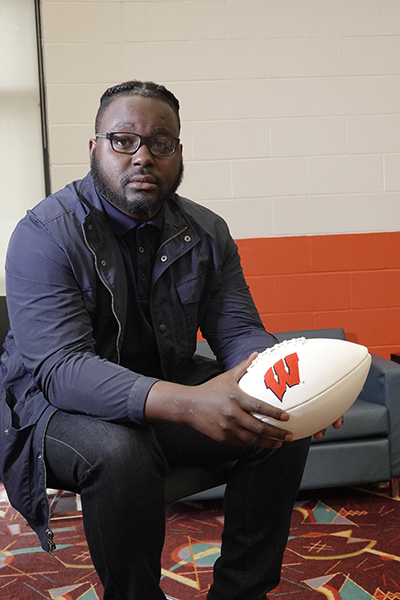 “What happened to Montee Ball? That is the million-dollar question. That is the question I saw on Google, on Twitter, all the time. I was so anxious to go out and to talk to people, so for me, alcohol was my social lubricant. I fell back on the drinking. Why? Because when I was drunk, I felt comfortable. When I was drunk, it seemed like everyone loved me, and I did not understand I was creating some terrible habits that I’d fall back on once I went to the NFL. My room growing up was blue and orange with a wooden Broncos head on it, and that was my lifelong dream. Fast forward to April 26, 2013: draft day. John Elway was calling me when I was 22 years old and asking me if I wanted to be a running back for the Denver Broncos. As you can imagine, I was standing on top of the world. I’m like, ‘See mom and dad? I told you I could handle my alcohol. I didn’t even listen to you and I’ve accomplished every single thing that I’ve wanted to accomplish.’ It was quick, boom, you’re gone. That fast. My dream, since I was 8 years old, every single year of me working my butt off—it was like the blink of an eye. The Broncos was a two-year thing. My depression accelerated, and it took me to a very, very dark place. A train wreck happened. I projected my insecurities onto someone else. I was looking for someone else to blame other than myself. It wasn’t my fault they released me. When I was in jail for three and a half days, I watched the Broncos win the Super Bowl against the Panthers. The inmates around me are telling me, ‘That’s supposed to be you up there winning. You are supposed to be someone we look up to, but you are in here with us.’”

“I felt as if the game of football was my entire puzzle, but throughout therapy I learned that is only a piece of my puzzle. It was always something I did for fun. It was only something I did to entertain myself, my family and my friends, but it does not define me. Once I retired from the NFL, I struggled with letting that door shut. I struggled with, who am I now? Who is Montee Ball? Addiction does not discriminate. It got me early, but I’ve come out the other end stronger. I always told myself every 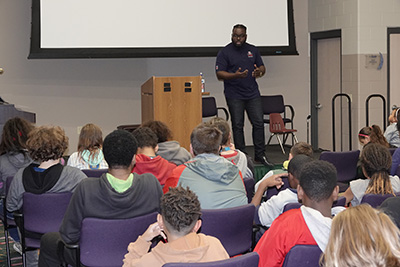 Montee Ball, speaking to teens at the H.O.P.E Group at the Boys and Girls Club of Oshkosh. (October 2019)

day to stay sober for my son, but my therapist told me I shouldn’t do that. My therapist told me, ‘You should be sober for yourself because if you focus on being sober for yourself, in a way, you fight harder to stay sober.’ My story did not end when the Broncos released me. My story did not end once I stepped out of jail and had the world attacking me for what I did. My story has just begun. I truly, truly believe that I was given the sport of football, I was given the platform to speak on something greater than myself. I believe that life doesn’t get easier, I believe that we just get stronger. We get stronger throughout our life. So the question, the million-dollar question: what happened to Montee Ball? Life happened. That is the answer, you guys. Life happens to us all, but it most definitely does not define you.”

Montee Ball, a  running back for the University of Wisconsin Madison from 2009-2012, was a finalist for the Heisman Trophy in 2011. He was drafted in the second round by the Denver Broncos in 2013 and played for two seasons. Now retired from the NFL, Montee is working toward his real estate license and completing his degree from UW-Madison.