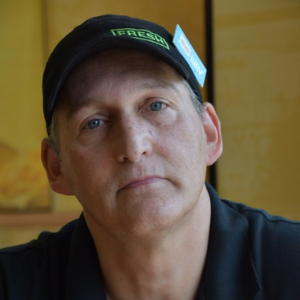 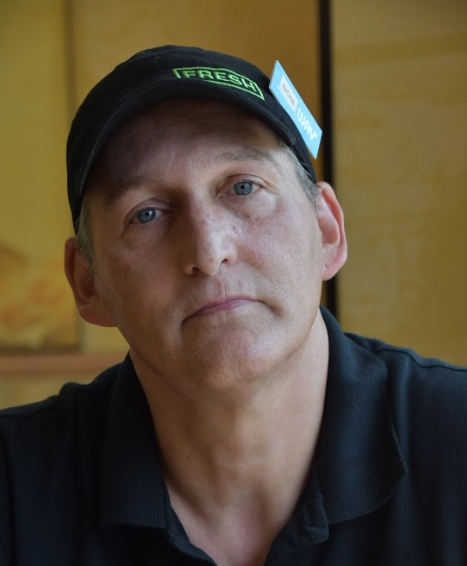 It is a typical afternoon and the lunch rush is starting to begin at Subway on Wisconsin Avenue in Oshkosh, Wis. The sound of the bell that rings when the door opens fills the room. Nick Merrifield, general manager, jumps on the line to help out his fellow coworkers. He smiles and makes genuine small talk with every customer who goes through the line. Nick handles the high-stress situation with finesse and leads the rest of his team through the rush. At the end of each interaction, he sends the customers off with a smile and “I hope to see you soon.”

After every shift, Nick goes home to spend the rest of the day with his wife, Brenda, who suffers from a nerve disorder that leaves her unable to work and at home every day. Brenda hasn’t worked for the past two years, leaving Nick as the sole provider. Nick doesn’t mind. After a difficult life being raised by a mother battling her own demons, and narrowly surviving his own life journey, Nick is just happy to have someone he can call family.

When Nick was 7 years old, living with his heroin-addicted mother in Scranton, Pennsylvania, she dropped him off at a group home for a weekend. That weekend turned into three years. When she finally came to pick him up, he was 10, the age he discovered drugs, starting with marijuana, which led to harder drugs and eventually to a lifelong battle with opioid addiction. “By the time I was 13, I was committing different types of crimes to support my addiction. The first time I broke into a building was when I got the Honda Nighthawk 750cc. After I broke in and stole the bike, I got in a high speed chase with the police. I ended up getting away but the police found me a few hours later and sent me to a juvenile detention center.”

Nick ended up escaping four times from juvenile prison in Syracuse, New York. During one of his escapes, he broke into a camper to sleep for the night. After his fourth escape, Nick was moved to a maximum-security youth prison in Buffalo, New York, where he served two years. Nick was released in 1979, when he was 15 and that’s when he started using meth and stealing to support his addiction. “I got caught during a burglary, the police offered me an out if I snitched on the man I was selling the stolen items to. I refused to snitch. Since I didn’t cooperate, they charged me as an adult.”

In 1985, Nick received a sentence of four to 10 years in prison as a 17-year-old. The first time he tried heroin was in prison and that’s when he got addicted. On October 25, 1989 a prison riot broke out at Camp Hill State Correctional Institute in Pennsylvania, where Nick was serving his sentence. The prison riot lasted four days and after the riot ended the inmates were locked in their cells for eight months. Because Nick was there during the prison riots, he was given another two years of jail time.

After spending six years in prison, Nick was released at the age of 23. After being released, Nick headed to a bar in Syracuse, New York, where he drank for 14 days straight. He was there so often that the bar offered him a job as a bouncer. As a bouncer, he started selling cocaine, acid, heroin and weed all while working. During his time as a bouncer, he started doing crack and began committing crimes to support his addiction.

“I got out and went right back into the drug game without thinking twice about it.”

Nick’s brother asked him to drive him to Pennsylvania after he had just picked up coke in New York City. Nick’s car had coke, heroin, guns, knives and all kinds of drug paraphernalia. On his way to drop off his brother, Nick got pulled over and had his car searched. Once again Nick found himself on trial and being sentenced to four years in prison. At this point in Nick’s life, he had spent over half of his life in prison, 15 years. 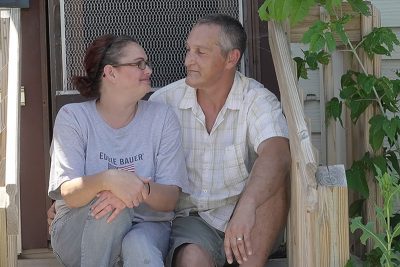 After Nick was released from prison he met Brenda, who had just been released from prison after serving time for armed robbery. Brenda was caught up in a bad situation and was just trying to get back home to Oshkosh. Nick and Brenda were married in 2003 but the honeymoon phase soon wore off and after a few months clean, they relapsed and began using opioids again. This time when Nick violated his parole he was offered an alternative to jail time; he was offered rehabilitation. It was his first stay at a treatment facility. Nick did 30 days of rehab at Hamilton Hall in Ogdensburg, New York and six months in North Country Freedom Home in Canton, New York.

“While I was there, I did great. I was there for six months and then I got into the sober program where they offered me housing. In that program, they pay your rent and they pay for your food, so all I had to worry about was staying clean.“

Unfortunately, the first person they met in Oshkosh was a drug dealer. Nick started selling drugs again and he ended up getting busted. Nick found himself in jail with three years of probation. That is when he decided to not live his life like this anymore. He told his wife, “We can’t do this anymore. I’m getting a job.”  He applied to 14 different jobs, hoping to get a job as a line cook. But the only place that called back was Subway, the one job he didn’t want, because it would require him to interact with customers. “Once I was actually clean, my wife and I were struggling to survive, until I got an opportunity to work at Subway. With a full-time job, after a year, you receive insurance and I was able to continue treatment. I got prescribed a drug called Suboxone.”

With the help of two Suboxone a day,  Nick was able to stave off his opioid cravings. He also began seeing Dr. Eric Smilttneek, an addiction medicine physician in Oshkosh, who helped him develop a medical plan as part of his recovery.

“In Nick’s case, he was able to get beyond his legal issues. He wasn’t under significant legal surveillance, he wasn’t reoffending or recommitting new crimes, he was able to get a job at Subway and eventually became the manager of the Subway,” said Smiltneek, who credits Nick’s desire to do better for his family, and a steady job, as pathways to sobriety.

Nick traded a life of addiction for a life with a promising future. “I take one a day and I don’t crave opiates.” Nick doesn’t complain about his struggles, like having to ride his moped in the snow to work. Nick’s customers respect and enjoy being around him. The bell ringing when the door opens at Subway is symbolic of the sobriety bell that gets rung after finishing rehab. The bell rings, Nick smiles and asks “What can I get started for you?”