Our Project and Lessons Learned 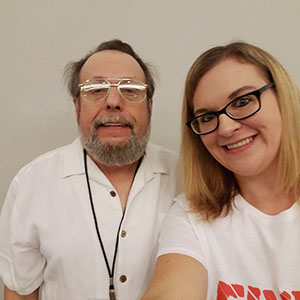 Our Project and the Lessons Learned

John was sitting at a Narcotics Anonymous booth at the Greater Fox Valley Opioid Summit in Appleton, Wis., when we were introduced on Aug. 21, 2019. He was an older gentleman with graying hair, glasses and a kind face.

I was in my last semester of college and was attending the summit for extra credit for an upcoming journalism class called J429 Special Topics in Writing/Editing. Our instructor Grace Lim sent out an email a few weeks prior to the first day of class, asking for volunteers. She didn’t specify what she needed the volunteers for, so it was quite surprising to arrive at the summit, quickly be ushered in and given a t-shirt with the word “FIXED” plastered across the front in red.

I was the first student to arrive, and I had no idea what to expect. Lim stuck a notebook and a pen in my hand and led me over to a bearded man wearing a name badge and introduced us.

“Bethanie, this is John. He works for Narcotics Anonymous,” Lim said. “John, Bethanie is going to ask you some questions.” Then she walked away.

John and I spoke for more than half an hour. He shared with me his troubling history of addiction. He described what it was like to shoot up heroin for the first time. He shared that even after quitting heroin, he still spent another 15 years taking methadone, a drug used to treat opioid abuse. He told me it was like trading one addiction for another.

And that’s how FIXED: Pain, Addiction and Life in Recovery began in Fall 2019, with student journalists paired up with strangers to try to understand addiction and its effects on not only the person suffering from a substance abuse disorder, but also the community at large.

We partnered with Breakwater, formerly the Winnebago County Drug and Alcohol Coalition, to localize the growing addiction crisis in America and encourage the community to take action to help stop this epidemic. 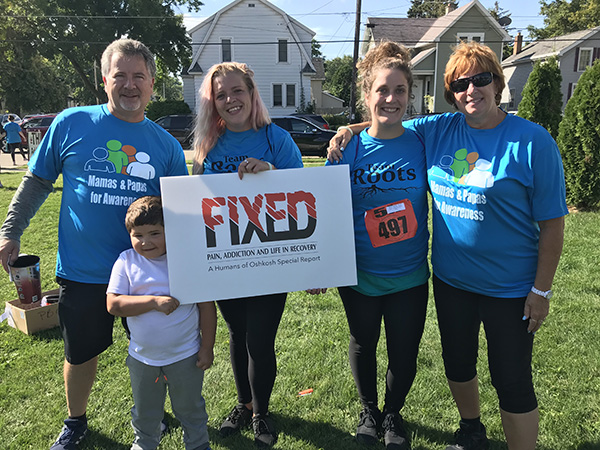 Family running for awareness at the 2019 ReThink Run/Walk.

In addition to the opioid summit, our class visited with members of Solutions Recovery Club, participants at the re:TH!NK Addiction Run/Walk, graduates of the Winnebago County Drug Court, and state representatives and the governor in the Wisconsin State Capitol among others to help give a face and a voice to the addiction crisis.

We met Nick, the manager of a local sandwich shop who has been clean for almost a decade but still needs to take a Suboxone daily to stave off the heroin cravings. We spoke with Jenna, a substance abuse counselor, who described what it’s like to grow up in an environment of addiction and abuse. From Wisconsin Rep. John Nygren, we learned the heart-wrenching story of his daughter Cassie’s addiction and its effects on his family and political career. And from Luann, we felt the love and fear of a mother who took lessons on administering Narcan, a life-saving emergency medication for opiate overdoses, in preparation for the day she hoped would never come — the day her son, Kurtis nearly died from an heroin overdose. 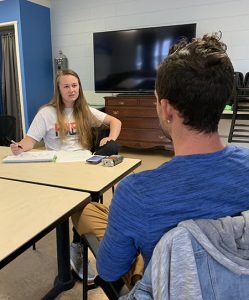 To truly get a grasp on how far-reaching this epidemic is, we also spoke to addiction experts, doctors, social workers and police officers who are trying to develop solutions to destigmatize addiction and prevent more deaths.

There is no one-size-fits-all when it comes to addiction; it affects our families, our friends and our neighbors. Many of those with substance abuse disorders began using drugs at a young age and more than 50 percent of those who overdose have a history with the criminal justice system. We learned that many who overdosed had recently lost a friend or family member due to overdose.

We also found that nearly all of those who overdose experience mental health issues and many of those issues go untreated. The FIXED Storytelling Project showed us addiction is not a choice, it’s a disease. We learned never to take our loved ones for granted because this disease does not discriminate, it affects everyone equally.

Working on the FIXED Storytelling Project showed us that those who have experienced the worst in life are also among the most kind, generous and empathetic. Rather than being bitter or resigned about their dark past, the people we’ve met are using those experiences to illuminate the path to recovery for others.

People are more than what is reflected on the surface. By telling the stories of people like John, Nick, Megan, Jenna, Luann and Kurtis — compassionate individuals who have been directly impacted by addiction— we hope to compel action to solve this crisis and provide hope to those who need it the most: those who experience pain, addiction and are seeking a life in recovery.

(For those struggling with addiction and seeking help, dial 2-1-1 or visit www.211.org to be connected to resources and services in your community. 2-1-1 is a 24/7 confidential service that will connect you to substance abuse treatment and resources free of charge.)