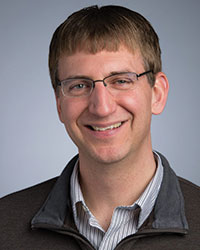 Ed Martin is Professor of Music at UW Oshkosh where he teaches courses in music theory, aural skills, composition, and electronic music. In 2019, he was awarded the prestigious John McNaughton Rosebush professorship for excellence in teaching, professional achievement, and public service. His musical compositions have been performed throughout the world at events such as the ISCM World New Music Days in Sydney, World Saxophone Congresses in Scotland and Bangkok, the Seoul International Computer Music Festival, Confluences – Art and Technology at the Edge of the Millennium in Spain, the International Electroacoustic Music Festival Santiago de Chile, and International Computer Music Conferences in Montreal and Athens. In the U.S., his works have been performed at numerous regional and national music festivals and by ensembles such as the Minnesota Symphony Orchestra, Ear Play, the Empyrean Ensemble, the Synchromy Ensemble, Musical Amoeba, the Bells of the Cascades, and duoARtia. His album of piano compositions performed by pianist Jeri-Mae G. Astolfi titled “Journeys” is released on Ravello Records, and other compositions are recorded on the Mark, Centaur, innova, Emeritus, and SEAMUS labels. His music has received first prize awards in international contests from the Percussive Arts Society, the Electro-Acoustic Miniatures International Contest, the Craig and Janet Swan Composer Prize for orchestral music, and Musical Amoeba. His work in music theory includes publications on harmonic progression in the music of contemporary composer Magnus Lindberg.

Martin’s dedication to service has resulted in numerous opportunities intended to promote the music of other composers. As Vice-President of the Wisconsin Alliance for Composers, he has managed multiple projects resulting in commissions, performances, and recordings of new music by Wisconsin composers and has created invaluable opportunities for student composers. He was Co-Host of the 2012 Society for Electro-Acoustic Music in the U.S. National Conference and regularly adjudicates local and national student composition contests. Martin holds degrees in music composition from the University of Illinois at Urbana-Champaign (DMA), University of Texas at Austin (MM), and the University of Florida (BM). Visit edmartincomposer.com for more information.