Drs. Werner Braatz and Joseph Starr, professors in the Department of History at UW Oshkosh and research collaborators, inspired hundreds of students in history and historical research over the course of four decades.

A member of the History faculty from 1959 to 1999, Dr. Braatz was an internationally recognized expert in the political and economic history of modern Germany. He taught a wide range of European history courses in his area of specialization, including the Rise and Fall of the Second German Empire, the Rise and Fall of the Third Reich, German Spies and Counterspies in the 19th and 20th Centuries, and the European Witch Craze of the 16th and 17th Centuries. Given his bilingual upbringing as the son of German immigrants, he also taught courses in German literature and language.

A former chair of the History Department, Dr. Braatz was an active scholar whose research was supported by no fewer than three Fulbright grants to Germany, a Ford Foundation fellowship, a National Endowment for the Humanities grant and a Deutscher Akademischer Austauschdienst (DAAD) research grant. Having trained as a graduate student of the renowned George Mosse at UW Madison, Dr. Braatz was one of the first American historians to develop a specialized undergraduate history course on the Holocaust. As an instructor, he was also a pioneer in terms of having students work with unpublished primary sources housed in the State Historical Society in Madison and other repositories. At the Winnebago County Records Office, for example, his students examined immigration and naturalization records to trace the descendants of immigrants in the county from Pomerania, Bohemia, and Volga Russia. For his accomplishments in teaching, scholarship and service, Dr. Braatz was the recipient of the John McNaughton Rosebush University Professorship, our university’s highest honor.

Joining the History faculty in 1965, New York City native Dr. Joseph Starr received his bachelor’s, master’s and doctoral degrees at Trinity College, Dublin. From 1974 to 1986, he also taught at Ripon College before returning to UW Oshkosh and teaching until his retirement in 1999. A specialist of Ireland and the United Kingdom, Dr. Starr riveted students through his lectures in medieval history, the history of the British Empire, Islamic history and the history of the Near East. He published work on the Dublin police in the late eighteenth century and, with Dr. Braatz and other scholars, also co-edited the textbook, Manners, Morals and Movements: The History of European Man from 1500 to the Present (Berkeley: McCutchan Publishing, 1970).

Late in their careers, Drs. Braatz and Starr collaborated on research concerning the Great Depression in Winnebago County. The book was completed after the death of Dr. Starr with the co-authorship of another member of the UW Oshkosh History Department, Dr. Thomas Rowland: Decade of Despair: Winnebago County During the Great Depression, 1929-1939 (University Press of America, 2009).

Countless former students cite Dr. Braatz and Dr. Starr as memorable and influential teachers who shaped their love of history. 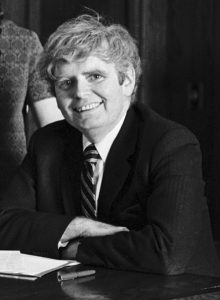 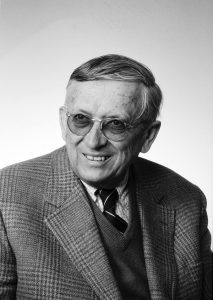 Dr. Braatz and Dr. Starr were instrumental in my life. Their depth of knowledge awed and inspired me. They are the reason I became a teacher. Dr. Braatz’s heavy-hitting historical analysis and Dr. Starr’s ability to weave together a tale about any topic really brought history to life and gave it meaning. I fondly remember Dr. Starr using a fictitious character named Schroeder to explain events. Schroeder was a peasant in the Middle Ages, a worker in the Industrial Revolution, and a soldier in World War I. By the end of the semester, I cared for Schroeder as if he were one of my ancestors. Equally vivid in my memory was Dr. Braatz’s lecture style with his stacks of index cards that combined a large dose of content with multiple opportunities to reflect on the currents and big picture of history. Due to their influence, I strive to bring the same academic approaches to my students. It’s also why I am supporting the Braatz Starr Scholarship Fund; to help support students pursuing a major in history.

“Bully boys.” That’s the way Professor Werner Braatz described the Sturm Abteilung (Brown Shirts) that Adolph Hitler used to exercise power. The course was “The Rise and Fall of the Third Reich;” it was the spring semester of 1967. I liked Professor Braatz right away. He’d enter the classroom with that sardonic grin, unpack his 5×8 notecards, and launch into the day’s lecture. Usually, he sported a three-piece suit, always a tie, hair neatly combed. Typical German-American, I thought to myself; I was one too.

From that class, I would go into “Medieval European History” taught by Professor Joseph Starr. How different from Braatz! Irish guy with wild hair, always sporting a wide grin, obviously enjoying his students. “Here’s a bibliography of works you should read for this course,” he said, then handed out one pages long. I think I read more books for his class that semester than any other, including Braatz’s.

I had other history professors at UW-Oshkosh, but Braatz and Starr were my favorites, and after I graduated in 1968 I visited them once a year until they passed away. Their classes not only greatly increased my love of history, they also led me to a very satisfactory career as a library historian.  I’m delighted to make a contribution to the scholarship fund named in their honor.

I graduated in 1971 and probably was not much of a student scholar. I do remember taking one of Dr. Braatz classes on German history. He made it so interesting and demanding that I actually produced a paper he thought worthy of publishing. Although I never proceeded with that I was more proud of his comment than I was of my final grade. He was my favorite teacher while at WSU- Oshkosh and I have tried to reflect his high standards of scholarship, professionalism and learning in my personal and professional life. One person can change lives and Dr. Braatz certainly made mine fuller, richer and better. God bless and R.I.P.