Students Take a Theater Tour for “Shrek the Musical” 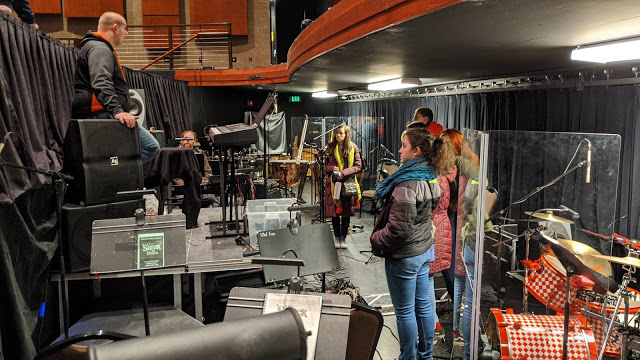 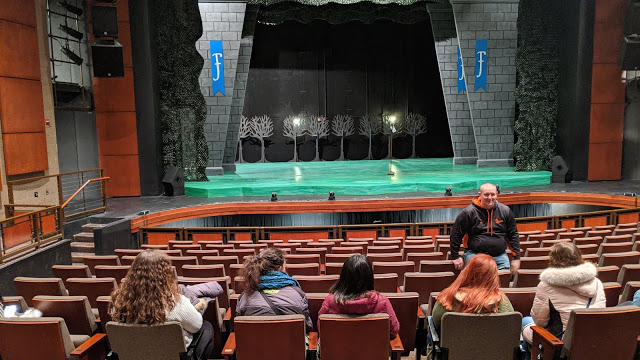 As a part of our emerging Music Industry Club, students had a fantastic opportunity to visit Perry Hall, a theater at the Fox Cities Campus in Menasha, where they are producing Shrek the Musical. During the tour, student and theater sound engineer AJ Rahm walked us through the facility and the full tech setup ahead of the performance that evening.

Some of the range of topics covered included organizing the dozens of wireless microphones that were used for the show, as well as mic technique for stage actors and the pit orchestra. We also learned how all of these elements were mixed for the live production. It was great to show a larger scale setup so that students could see all of the work that goes into such a multi-faceted production. 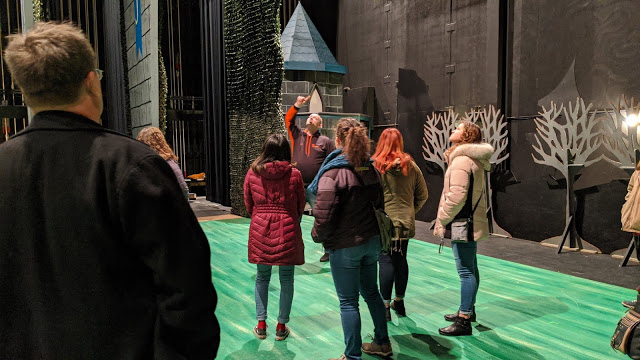 It was interesting to learn the intricacies of wireless technology and the digital tools that are used to streamline the process. Even so, a great production still comes down to the skill and care of the individuals involved, and they all did a wonderful job of bringing Shrek the Musical to life! 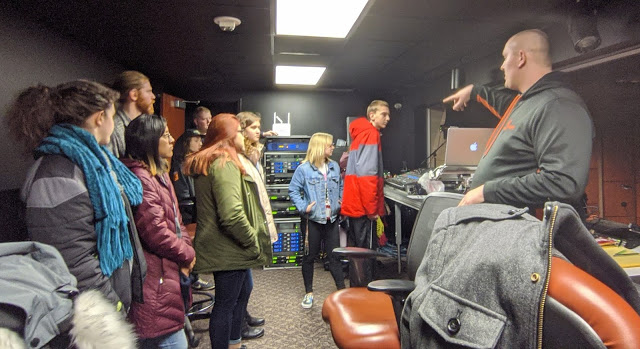