Funeral arrangements have been made for Carl Chapman, former University of Wisconsin Oshkosh music faculty member and emeritus director of UW Oshkosh Choral Activities, who died Thursday at 74.

Chapman, who also served as music department chair, was the founder and conductor of the Oshkosh Chamber Singers.

“His important contributions to the University, the community and choral professions were numerous and his work as our department chair was superb,” said Alison Shaw, professor and music department co-chair, who expressed great sadness as she shared news about Chapman’s passing. “There is an endowed scholarship in his name and he had remained a great friend to the department and University.”

Chapman, who was born in Texas, was a longtime resident of Oshkosh.

He graduated from Northwestern University with a bachelor’s degree in choral conducting and started his career in the music department at Mukwonago High School, where he met his future wife, Kathy.

He went on to earn a master’s degree from the Wisconsin Conservatory of Music and a doctorate of musical arts from the University of Illinois at Urbana-Champaign.

In 1981 he was appointed as the Director of Choral Activities at the UWO, where he conducted choirs until his retirement in 2012. He also conducted the Oshkosh Chamber Singers for nearly 30 years. 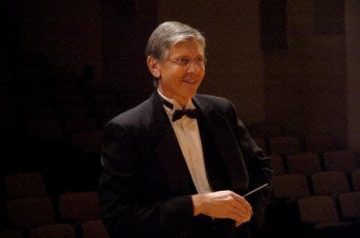 Carl Chapman was a beloved director of choral activities at UWO and founder of the Oshkosh Chamber Singers.

Funeral services are scheduled for Tuesday, Oct. 12, with visitation from 10 a.m. until the noon service at Konrad-Behlman Funeral Home, 100 Lake Pointe Drive, Oshkosh. The family requests masks be worn and encourages everyone to be vaccinated for COVID-19.

In lieu of flowers, the family asks that donations be made to the Carl Chapman Scholarship fund at UWO or the Oshkosh Chamber Singers.