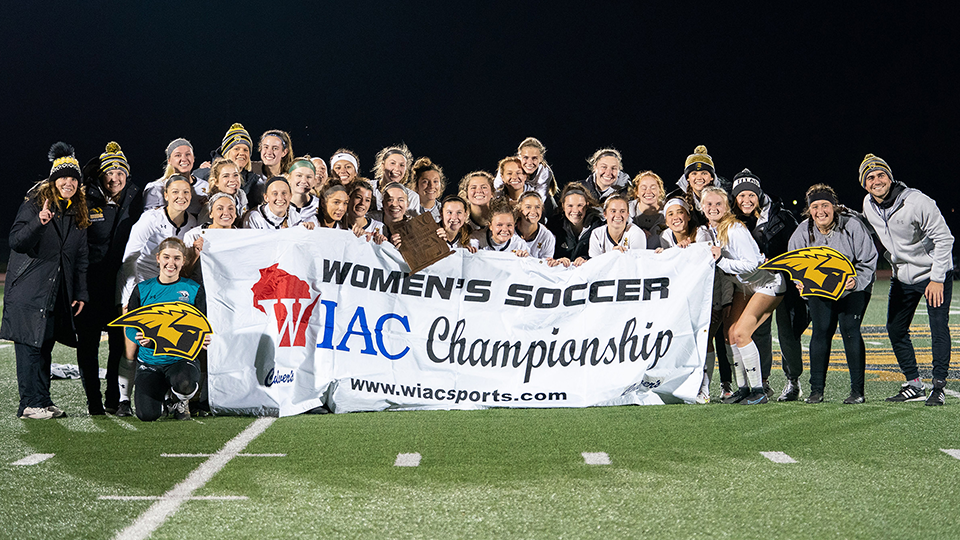 The Titans, who also went unbeaten in seven matches to capture the WIAC’s regular season title, officially received their invitation to the national tournament through a selection show televised Nov. 8 on ncaa.com.

UW-Oshkosh previously appeared in the Division III Championship in 2006, 2011, 2014 and 2015. The Titans own a 0-3-2 tournament record, including a 1-0 loss to Augsburg University in the first round of the 2014 championship that was held at University of Chicago’s Stagg Field. UW-Oshkosh has never played Wheaton College during the NCAA postseason.

Wheaton College (11-7-2) obtained an automatic bid to the Division III Championship by defeating North Central College, 2-0, in the title match of the College Conference of Illinois and Wisconsin Tournament in Wheaton. The teams shared the CCIW regular season championship with 7-1 records.

This year’s trip to the NCAA postseason is the 23rd for Wheaton College. The Thunder own a 56-15-6 record in the Division III Championship, with seven Final Four appearances and national titles in 2004, 2006 and 2007. Wheaton College was the national runner-up in 2008 and 2011.

The contest between the Titans and Thunder will be the 10th of the two programs. Wheaton College holds an 8-0-1 advantage in a series that began with UW-Oshkosh in 1994. The teams haven’t played since 2016, a 2-1 Wheaton College victory in Wheaton.

UW-Oshkosh, which owns a program record 16 victories this season, has won nine straight matches since playing to a 1-1 tie with Lawrence University on Sept. 27. The Titans are one of two WIAC teams appearing in this year’s Division III Championship; UW-La Crosse received an at-large invitation.

The two first-round winners of the Chicago Regional will play 1 p.m. Saturday (Nov. 13) for the right to advance to one of four sectional sites on Nov. 19-21. Sectional sites will be determined after regional play has concluded.

Winners of the four sectionals will advance to the semifinals and final on Dec. 3-4 at the University of North Carolina Greensboro Soccer Stadium in Greensboro, North Carolina.