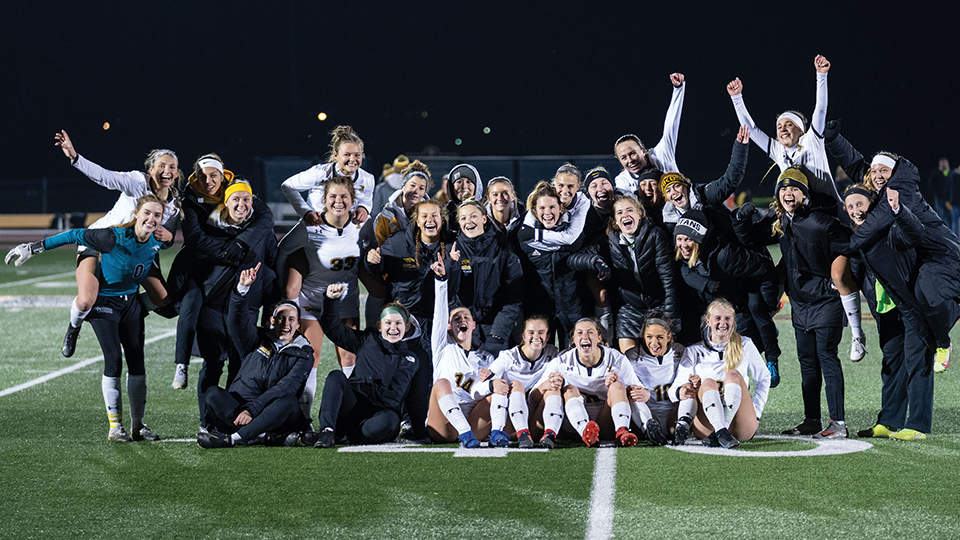 It was a magical season for the University of Wisconsin Oshkosh women’s soccer team as it won Wisconsin Intercollegiate Athletic Conference regular season and postseason titles and advanced to the NCAA Division III Championship.

For Erin Coppernoll, the season also marked a significant personal milestone: she earned her 200th win as a coach in a home match Oct. 6 with UW-Stevens Point, her alma mater.

“This past season was incredible,” Coppernoll said. “I think this group really appreciated being together each and every day and came with an attitude of wanting to get better. With our 2020 season being canceled, many appreciated practices a bit more this season.”

Goalkeeper Erin Toomey of New Lenox, Illinois, who earned her bachelor’s degree in human services leadership, experienced heartbreak last year when her senior season was canceled due to the pandemic.

“Knowing that I wouldn’t get to finish my 17-year soccer career on a positive note with the class I came in with was just really upsetting,” she said. “When I started to consider using my fifth year, I really committed to the decision alongside Mallory Knight, another member of my class. We both knew the potential this team had and we were both unsatisfied with letting our careers end that way. This season proved to be worth sticking around for in so many ways.” 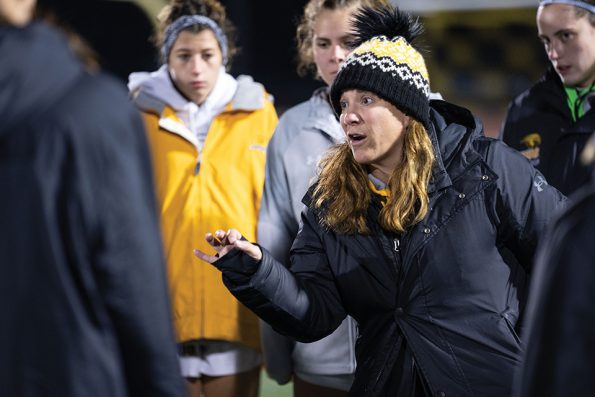 Starting at the top

This year’s UW Oshkosh team—picked to finish fifth in the WIAC standings—finished with a 16-2-2 record, clinching a regular season title with a 7-0 record for the first time in program history. The team followed with a WIAC tournament championship and an automatic berth in the NCAA postseason. The Titans were edged in a 2-1 penalty kick shootout by Wheaton College (Illinois) in the first round of the 64-team national tournament.

“I think our defense allowed us to win both the WIAC championship and the WIAC tournament this year,” Coppernoll said. “We had a veteran in the net (goaltender Toomey), and a solid back line that was fierce. Our attack was good and we had many different goal scorers that stepped up each day. But our defense was rock-solid throughout the entire season.”

Senior nursing student Mackenzie Bennett of Geneva, Illinois, said the 2021 season and energy they shared was something she’ll never forget.

Teammates worked extra hard and she noticed there was a special chemistry.

“I’ve never been on a team that played with so much heart and it was because of that we were able to get to places no one expected us to reach,” she said, adding they pushed themselves to be the best they could be for each other.

Rylie Kaufman, a junior secondary education student from Saint Charles, Illinois, who is majoring in math, was part of what Coppernoll described as the “Rylie/Mack” scoring combo.

Kaufman said seniors set the tone for the season. She said it was “amazing” to be part of a team that made history and worked so well together.

For their coach, who volunteers her time with Oshkosh United Soccer Club, the accolades continued after the UWO season ended.