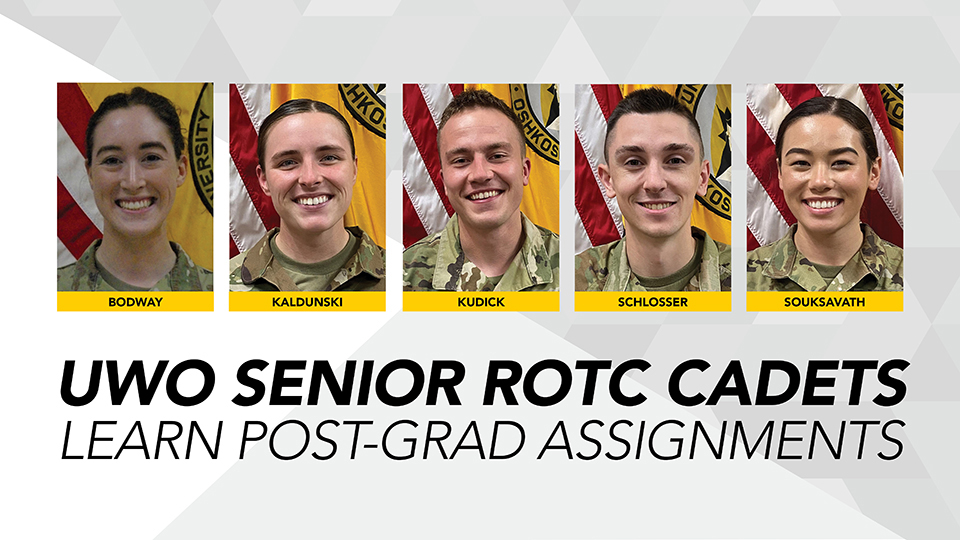 Senior students who are part of the Fox Valley Reserve Officer Training Corps (ROTC) are looking forward to their military roles following graduation from the University of Wisconsin Oshkosh.

The students worked over the past four years to earn as many accessions points as possible to make themselves more competitive when it came time for branch (job) selection. Accession points are earned through grade-point average, physical fitness score, volunteer hours, employment and attending additional military training. The cadets are ranked among all other cadets in the country, so every point is important.

During senior year cadets rank the 15 branches they want and, depending on their accession points compared with other cadets in the nation, they then are assigned the job they will have in the Army.

“During my time at UWO, I was enrolled in the ROTC program all four years,” Cadet Kenya Kaldunski said. “Upon graduation, I will attend law school at Marquette University and commission into the Wisconsin Army National Guard as a CBRN (chemical, biological, radiological and nuclear specialist) 2nd Lt.”

Following are the UWO senior ROTC cadets and their assignments: