UW Oshkosh students get Capitol showcase at Research in the Rotunda 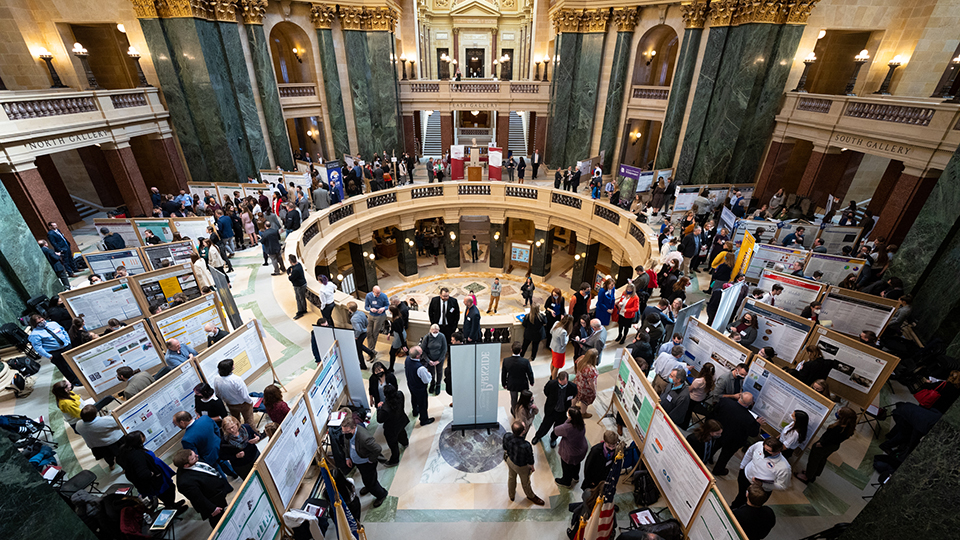 Nine students from the University of Wisconsin Oshkosh were among nearly 150 students from across the UW System putting their research on display at the 18th Research in the Rotunda event Wednesday in Madison.

The event, returning from a one-year hiatus because of the pandemic, is an opportunity for undergraduate researchers to showcase their work with poster displays inside the State Capitol. Attendees include students representing the 13 UW System universities, many of their faculty advisers, faculty, staff and administrators from many schools and some state legislators.

Research areas from UW Oshkosh students covered a wide range of topics, from the impact of voter ID laws on election turnout—from senior economics major Joey Reddin, of Brookfield—to a potential path to treat people afflicted by a parasitic flatworm—that one from the team of senior kinesiology major Mia VanHooreweghe and senior chemistry major Hailey Johnson, both of Appleton.

For Mackenzie Seymour, a senior biomedical science major from Loves Park, Illinois, Research in the Rotunda served as a way to practice presenting information to new audiences.

“Honestly, getting experience in scientific communication is really important,” she said.

With a research topic like Seymour’s—her project title is Manganese Homeostasis in Bacteria: Interaction of the Small Protein MntS and the Manganese Exporter MntP in E. coli—being able to explain her work is no small task. (Her research, she explained, can serve as “foundational knowledge” for future exploration of small proteins. Down the line, it could lead to the development of new antibiotics.) 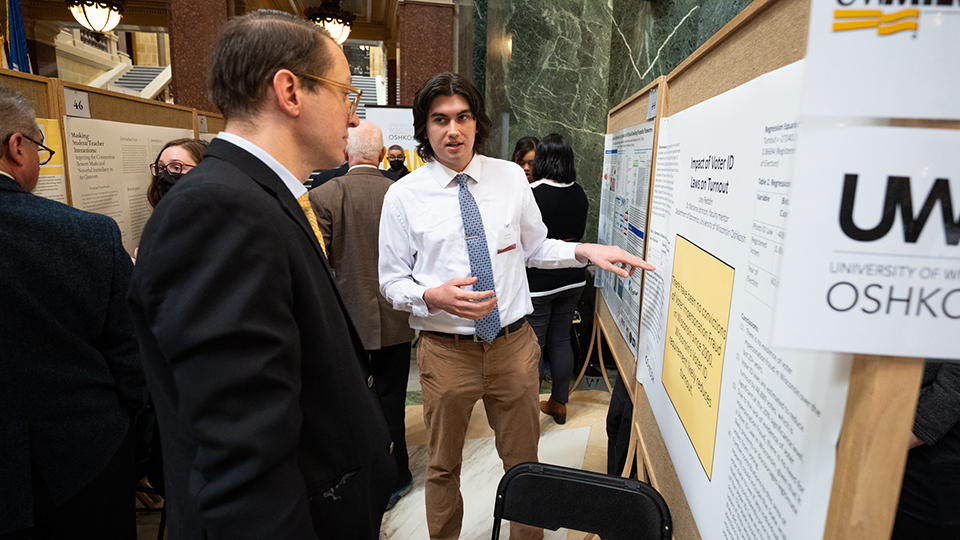 Other projects sprinkled throughout the rotunda reflect the broad definition of what research can be. Under the guidance of Mai See Thao, the Hmong Studies director at UWO, three students presented their contributions to the community-based exhibit Cia Siab in Wisconsin:A HMoob Story. The exhibit includes stories, artifacts, objects and artistic representations of historical trauma, resilience and healing of the Hmong people in Wisconsin.

“We’re planning to create a traveling exhibit that will tour through Wisconsin in the year 2025,” Liseng Xiong said. “With that exhibit we hope to generate impact and help American history incorporate the Hmong narrative.”

Among the Wisconsin leaders making the rounds and chatting with students was Lt. Gov. Mandela Barnes; Sen. Dan Feyen; Reps. Gordon Hintz, Lee Snodgrass and Francesca Hong;
and Karen Walsh, vice president of the UW System Board of Regents. 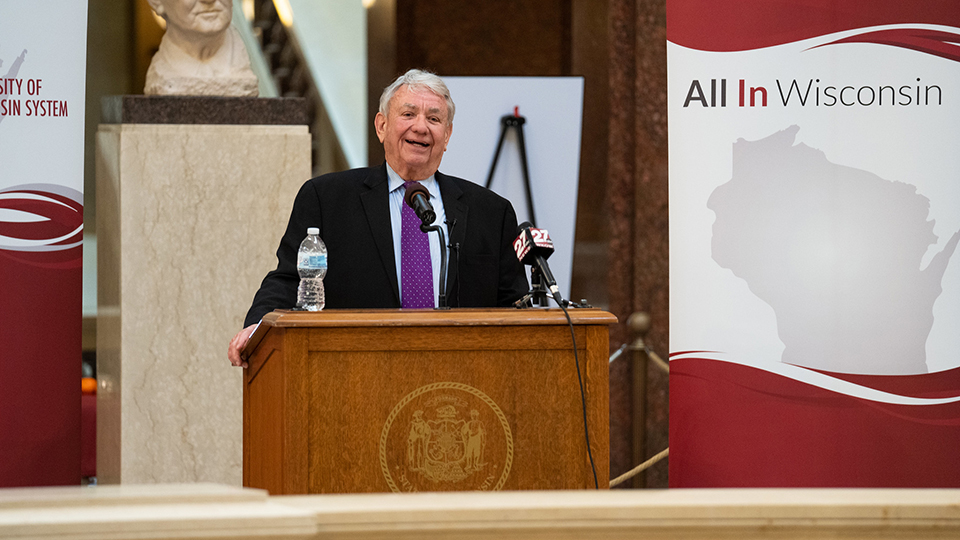 Tommy Thompson, who will end his tenure as UW System president next week, also took time to visit with students, educators and administrators, browse the more than 85 student projects. He also gave a brief address, applauding the room full of bright young minds and the educators who’ve empowered them.

“This is a day we look forward to year after year, to be able to show the research that’s going on in that fantastic system called the University of Wisconsin,” Thompson said. “We’re so proud of the faculty and especially the students.

“… We should all be excited about the bright futures these people have ahead of them. And I will put in my personal pitch right now, I hope those futures, young men and women, lead to thriving careers right here in the greatest state in America, Wisconsin.”

Here are the student-faculty teams who took part in Wednesday’s event: 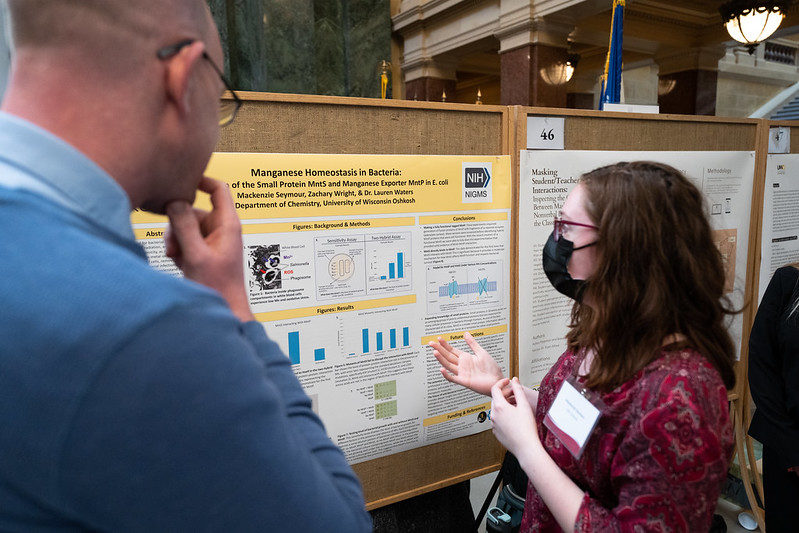