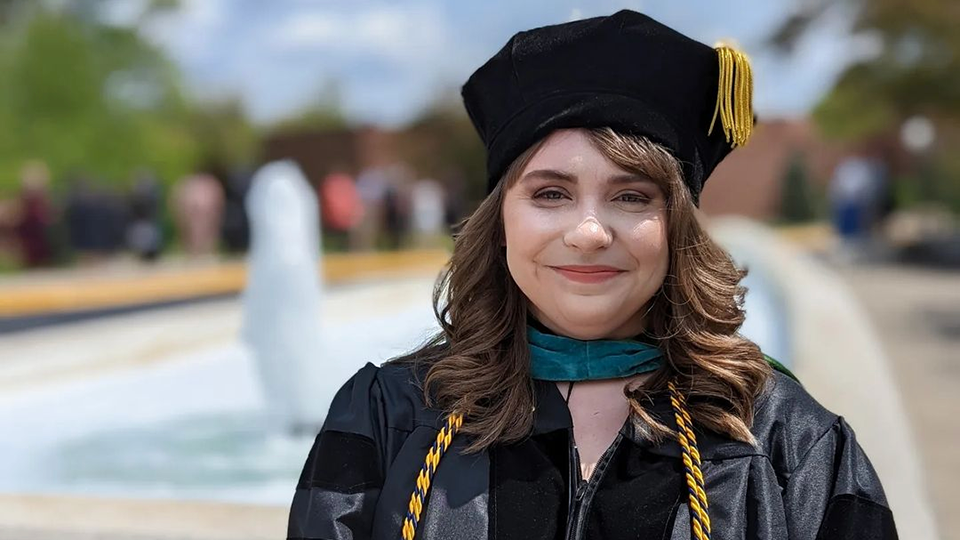 Pictured above: ’19 Amy Hodel (LS), of Fort Wayne, Indiana, graduated with her Doctorate in Occupational Therapy from Huntington University and passed her national board certification exam. 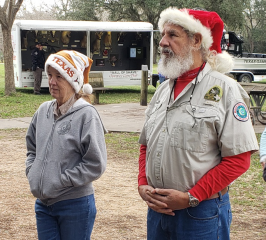 ’78 Jeff Gerritt (LS), of Pittsburgh, Pennsylvania, completed a six-week tour of Ukraine and its border countries, writing a series of columns for the Pittsburgh Post-Gazette about how the war affected ordinary Ukrainians and those living as refugees in Hungary, Poland and Slovakia.

’83 Debra (Marchiando) Russell (EHS) and ’85 Dave Russell (EHS), of Amherst, both national gymnastics champions, own Russell Gymnastics in Stevens Point. All four of the Russells’ children had successful careers in gymnastics as well. 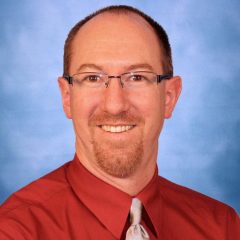 ’97 Thomas Swigert (LS), of Hartford, is the director of digital CMS products for Hearst Television, a 36-station television group. Swigert is married to ’97 Greta Swigert (LS).

’98 Melanie (Harring) Marine (EHS) and ’00 (MPA), of Omro, is the director of the Student Opinion Survey and Testing Services at UW Oshkosh.

’99 Sei Kidau (LS), of Waunakee, is vice president and community mortgage field manager for Johnson Financial Group. Kidau has over 20 years of experience as a mortgage professional in Dane County.

’01 MaiKou Heu (EHS) and ’05 (MSE), of Neenah was named one of Wisconsin’s Most Influential Asian American Leaders by Madison365. Heu is the principal at Johnston Elementary School in Appleton.

’02 Amanda (Johnson) Jones (B), of Waupaca, is a member of the Mid-State Technical College Foundation board of directors. Jones is director of operations accounting at Delta Dental of Wisconsin.

’06 Alicia (Nall) Kennedy (LS), of Madison, is an attorney for the State of Wisconsin Department of Safety and Professional Services. Kennedy earned a graduate certificate in Health Policy and Media Engagement from George Washington University and is the board president for the Midwest Model United Nations. 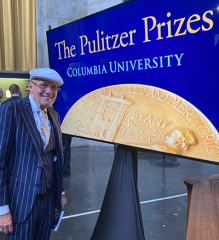 ’08 Andrew Haas (EHS), of Tyler, Texas, is the dean of students at the Early College High School in the Tyler Independent School District. Haas was previously the school’s Teacher of the Year and led the math department.

’14 Sae Yang (EHS) and ’20 (MS), of Oshkosh, was named one of Wisconsin’s Most Influential Asian American Leaders by Madison365. Yang is the equity and inclusion coordinator for the Neenah Joint School District.

’15 Austin Archer (MS), of Oshkosh, is the offensive coordinator for the UW-Stevens Point football team. Archer formerly coached at UWO, helping the Titans set school records for points and rushing yards in a season.

’16 Jeffrey Gardon (EHS), of Peshtigo, is the assistant principal and activities director at Berlin Middle School. Gardon was previously a sixth and seventh grade science and social studies teacher in the Oak Creek-Franklin School District.

’19 Amy Hodel (LS), of Fort Wayne, Indiana, graduated with her Doctorate in Occupational Therapy from Huntington University and passed her national board certification exam. Amy attributes her accolades for leadership, scholarship and service to the opportunities she had while a student at UWO.

’19 Chad Redmer (EHS), of Burlington, is the wide receiver coach for the UW-Stevens Point football team. Redmer was a member of the Menomonee Falls High School coaching staff and was a starter for the Titans in 2016 and 2017.

’20 Alrik Ristau (LS), of Combined Locks, is a water and wastewater operations specialist at Integrated Public Resources, an affiliate of McMahon.

’21 Joe Schulz (LS), of Oshkosh, received the Wisconsin Newspaper Association’s Rookie Reporter of the Year in the weekly division. Schulz is employed by the Ripon Commonwealth Press.

’21 Jacob Thompson (LS), of Neenah, is a municipal and civil engineering technician at McMahon.

’21 Brett Tornow (EHS), of Birmingham, Alabama, is the assistant director of group sales for the Birmingham Barons, a Double-A baseball team affiliated with the Chicago White Sox.