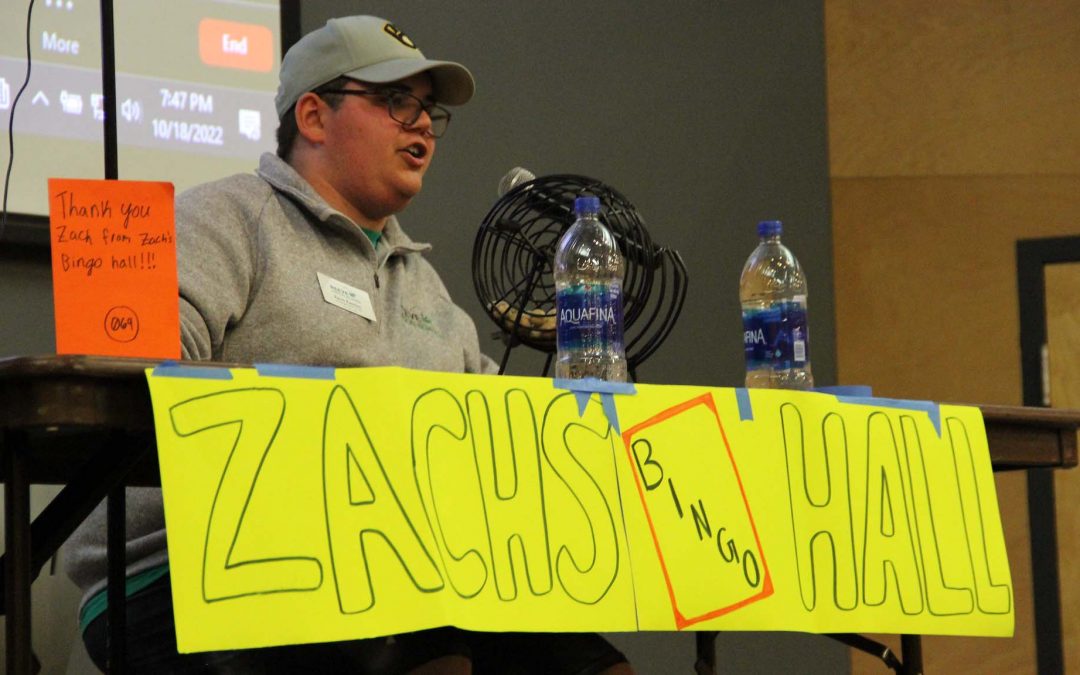 It’s fair to say Zach Easton is a big man on campus—he’s got a large and dedicated following at the University of Wisconsin Oshkosh.

The host of Zach’s Bingo Hall works to bring energy, crowd participation and charisma to the fun game of chance. People know him by his first name.

Dylan Bram, program adviser for Reeve Union Board (RUB) and Late Night Programs at UW Oshkosh, explained that it wasn’t always this way for Easton—a second-year pre-social work major from Wisconsin Rapids, who felt alone and was looking for a group of friends.

“However once he found us, and we found him, our programming board quickly became his new group of friends, and now he is spreading that energy to all who attend his bingo halls,” Bram said.

“Imagine a room full of strangers playing bingo together, who are cheering for each other as they call out their winning bingos; a room that is laughing together, are hooting and hollering, all while and because of an incredibly caring and down to earth individual named Zachary Easton, who is calling at the front of the room. That is what makes his bingo so special, and ultimately makes this event so unique—a student who understood what it felt like to be alone, and calls outwardly to those who may be in the same boat and brings ashore and gives a sense of reassurance to the whole room that there is a place for them on campus.” 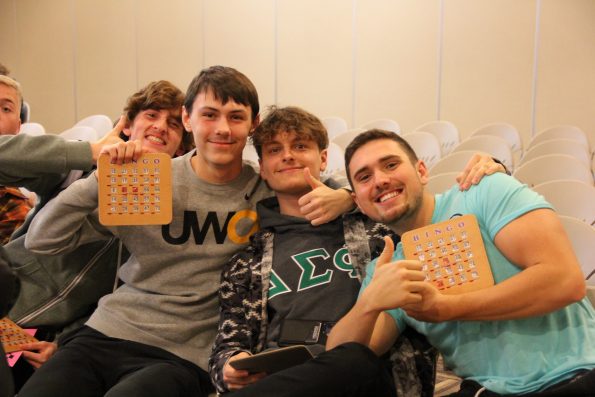 Bram said Zach’s Bingo Hall has grown in popularity and people are requesting it for social activities in UWO residence halls and for larger scale events. What was a typical bingo night turnout of 40-45 people at Reeve has grown to now average between 95 and 100 people.

Student surveys pointed to Zach’s Bingo Hall as one of the favorite things ever done at Reeve late night events and some people requested more time for it.

Prizes are a big part of bingo and students are excited for the chance to win an autographed picture of Easton or to win 30 minutes of conversation with him over coffee—they’re the first prizes to be snapped up.

Easton works to set the stage with his entrance: lights lowered and AC/DC’s Thunderstruck playing. He calls out, “Who is ready for Zach’s Bingo Hall?” 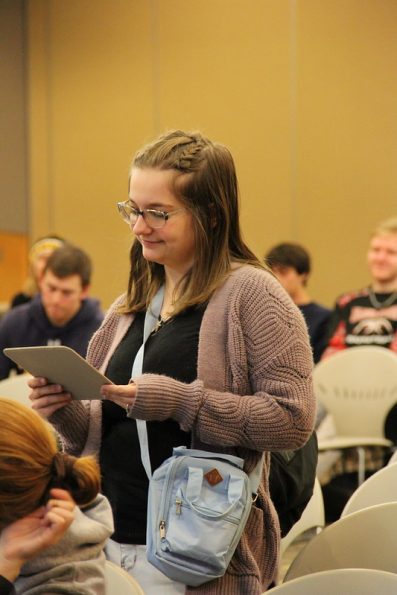 Bram said the crowd typically erupts. He describes Easton as “energetic, happy-go-lucky and with a fun, goofy persona.”

Missy Burgess, associate director for student involvement, said Bram gave Easton the opportunity to call bingo as a volunteer at Titan Nights and it just took off, becoming immensely popular.

During bingo, Easton might require a special “Z” pattern to win, have a mystery prize round or let his mom call out a couple of numbers if she happens to contact him during the event. Bram said he gives heartfelt messages, thanking people for being there and for supporting him.

Easton now has people coming up to him on campus, telling him how much fun they had at his bingo halls. This, from something that started as a fun side hobby.

“I would totally say Zach’s Bingo Hall is about bringing groups of students together,” Easton said. “I love to see my ‘regulars’ at the events, but I get more excited when I see new faces. It truly is a great time for everybody who attends my events and I encourage people to come out if they have not done so already. They will not regret it!”