Chancellor’s Medallions to be presented to two Oshkosh residents

Two Oshkosh residents will be the recipients of Chancellor’s Medallions during the University of Wisconsin Oshkosh’s 142nd spring commencement ceremonies on Saturday, May 14.

The Chancellor’s Medallion is awarded to individuals the Chancellor deems deserving because of their significant contributions to all or a combination of some of the following:  the University, the region, the state or the nation.

This year’s Chancellor’s Medallion recipients are Kathy Bermingham and Joye Moon, who will both be recognized at the 9 a.m. ceremony. 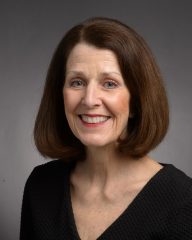 Bermingham is an Oshkosh Public Library trustee, Oshkosh4Education commissioner and Winnebago Conflict Resolution Center board member. She has recently served terms on the boards of the Oshkosh Community YMCA and Grand Opera House Foundation.

In her work with the Leadership Oshkosh programs, Bermingham thrives on connecting people with others, helping people define their passion and teaching about the Oshkosh community. Her mission is to support others in their drive to make a positive difference in the community. For Bermingham, nothing is more satisfying than to inform her leaders with knowledge about Oshkosh, watch them grow as a result of their Leadership Oshkosh experience and, finally, catapult program graduates into the community in a meaningful and fulfilling way. 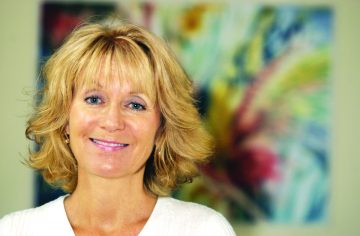 Moon has taught more than 200 watercolor workshops throughout the state and has conducted 25 international art tours to Italy, France, Spain, Greece, Turkey, Germany, Austria, Hungary, Czech Republic, Portugal, Mexico, Costa Rica and the Bahamas. She has been invited to feature her work through one-woman exhibits and group shows at art galleries and museums throughout the country, and has been accepted into 150 national and international juried exhibits.

Moon’s book, “Exploring Textures in Watercolor,” was published by North Light Books in 2008 and has been a best seller around the world. Her work has been featured in Splash 8 by North Light Books and How did you paint that? 100 Ways to Paint Flowers and Gardens, by International Artist. She also has been published in many articles in art magazines, such as American Artist, Watercolor and the Artist Magazine.