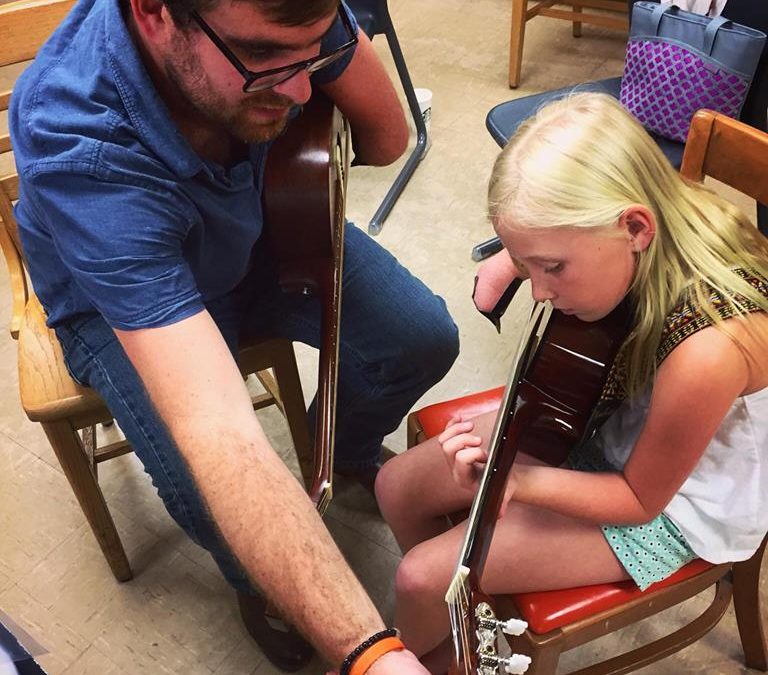 Two University of Wisconsin Oshkosh alumni excelling in entertainment and creative careers are among select former students to be honored by the university.

“Terrific advocate” for RTF
Lau, a 1983 graduate of the radio TV film program, resides in Venice, California, where she is a creative director, senior writer and producer for ABC Entertainment. 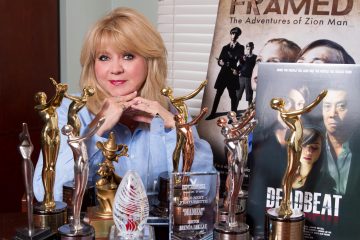 Lau has successfully marketed How To Get Away With Murder, Once Upon A Time, Revenge, Desperate Housewives, Castle, Grey’s Anatomy, Brothers and Sisters, Lost, NYPD Blue, The Practice, Dancing With The Stars, The Academy Awards, the American Music Awards and many other shows. Her work has garnered numerous industry awards.

In nominating Lau for the Distinguished Alumni Award, RTF Professor Douglas Heil said Lau should be commended for her commitment to helping students through scholarships, internships and informal mentoring. He pointed to her statement about being most proud of having a creative career and helping others who wish to pursue that path.

“These aren’t just words. Brenda has cleared that path for many–including UW Oshkosh graduates,” he said.

Elizabeth Semenas ’14, credited Lau with inspiring her to start a career in television. And when a position opened at ABC, Lau recommended Semenas based on their time working together.

“Now I get to see Brenda’s hard work and creativity on a daily basis, and I often think back to the time I first heard her speak at UWO. As an undergrad, my dream to work in TV felt distant, but Brenda’s confidence and can-do attitude reassured me to have faith.”

Semenas said Lau has a long list of UWO students and alumni who she is willing to guide and offer advice to.

“It always amazes me that Brenda has any spare time at all. She creative directs million dollar campaigns that can been seen all over the world, works countless hours on her own projects and maintains a family and close friends.”

Stokes said Lau makes sure current RTF students are given the same, career-changing opportunities she was given.

“Brenda is a highly respected professional who is always busy working on the latest Oscar campaign or producing an independent film, but she never forgets about Oshkosh,” Stokes said. 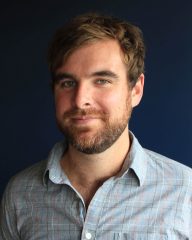 Inspiring musician
Memmel, a Waukesha native who graduated in 2008 with a music business degree, resides in Nashville, Tennessee, where he is a singer-songwriter, speaker, clinician and composer with Tony Memmel Music.

Born without a left forearm and hand, Memmel taught himself an adaptive music method and became an ambassador for the nonprofit “Lucky Fin Project” that supports children with hand- and limb-differences.

Memmel teaches children with physical, emotional and cognitive differences and disabilities how to play the guitar. He was commissioned in 2014 and 2017 by the Sheboygan Symphony Orchestra to compose symphonies of original music to be performed by orchestra, chorus, and soloist(s). 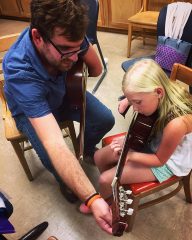 the guitar by building a homemade cast out of duct tape that secured a guitar pick to his arm, allowing him to pluck and strum the strings.

“Since his graduation from UW Oshkosh, Tony has amassed a number of noteworthy accomplishments and experiences,” Brandt said.

She noted he was selected by the American Music Abroad Program to tour Brazil, Panama, Paraguay and Uruguay in cooperation with the U.S. State Department, embassies and consulates overseas. The tour included visits to schools, orphanages, hospitals and performances in historic concert venues with an aim to build cultural bridges through music.

Other accomplishments include national finalist in the “You Oughta Know–Make a Band Famous Competition;  invited speaker to a crowd of 35,000 during the ELCA Lutheran National Youth Gathering at the Superdome; and release of four full-length albums and two Eps.

Memmel also earned a spot on the Nashville Songwriters Association Top 40 and was named WAMI Singer-Songwriter of the Year.  As a musician, he has toured in 45 U.S. states and 10 countries worldwide. 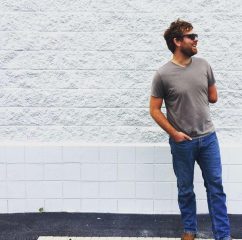 Brandt, a resident of Connecticut, handles artist relations for Tony Memmel Music. She has a strong connection with Memmel, who mentors her son–born without fingers on his left hand.

“It’s really important what he does for us as parents and for the kids,” she said.

Marc Thayer, executive director of Symphony NH, said he has observed Memmel’s passion for music education and equal opportunity in the arts.

“He does more with one arm than most people accomplish with two,” Thayer said.

Memmel said his goal is to use his ability and training in music for the benefit of others and the betterment of the world. His limb difference gives him a unique opportunity to connect with people as a professional guitarist and to encourage people to pursue their own goals with passion and perseverance.

“He uses his limb difference as an opportunity to connect with his students to teach them to be creative and resourceful, and to believe that there is nothing they cannot do,” said Molly Stapelman, founder of the Lucky Fin Project. “They just may need to do it a bit differently than most other people.”

Stapelman said Memmel is a “man who can do anything and inspires others to do the same.”

Honors
Lau and Memmel will be among those honored at UWO’s Alumni Awards Celebration on Friday, Oct. 6, at the Alumni Welcome and Conference Center. The cost is $30 per person and includes dinner. For more information or to RSVP for the event, please call (920) 424-3449 or send an email to alumni@uwosh.edu.