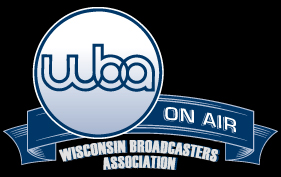 Radio TV Film students from the University of Wisconsin Oshkosh came away with a record 18 of the 81 awards presented at the annual student conference of the Wisconsin Broadcasters Association held in Middleton on Feb. 24.

UWO radio station WRST swept the category for news story writing for radio, with first place honors going a story on American Airlines adding service to Appleton. Second place was for a story on student concerns about the campus’ Titan Alert system for sending emergency messages, and third went to a piece on risky driving behaviors by millennials.

WRST also took first and second place honors in the category for long-form/non-news production. First place went to a segment on the challenges faced by the deaf community and second went to a report on forestry management as practiced by a Native American lumber operation.

WRST also took first place for best sports story for a report on concussion insurance available for high school athletes and the station also got first-place honors in the sports play by play category for a NCAA semi-final football broadcast when UWO faced the University of Mount Union..

Other awards to UWO included:

With these honors, UWO has now won 126 WBA awards since the contest was established in 2004.