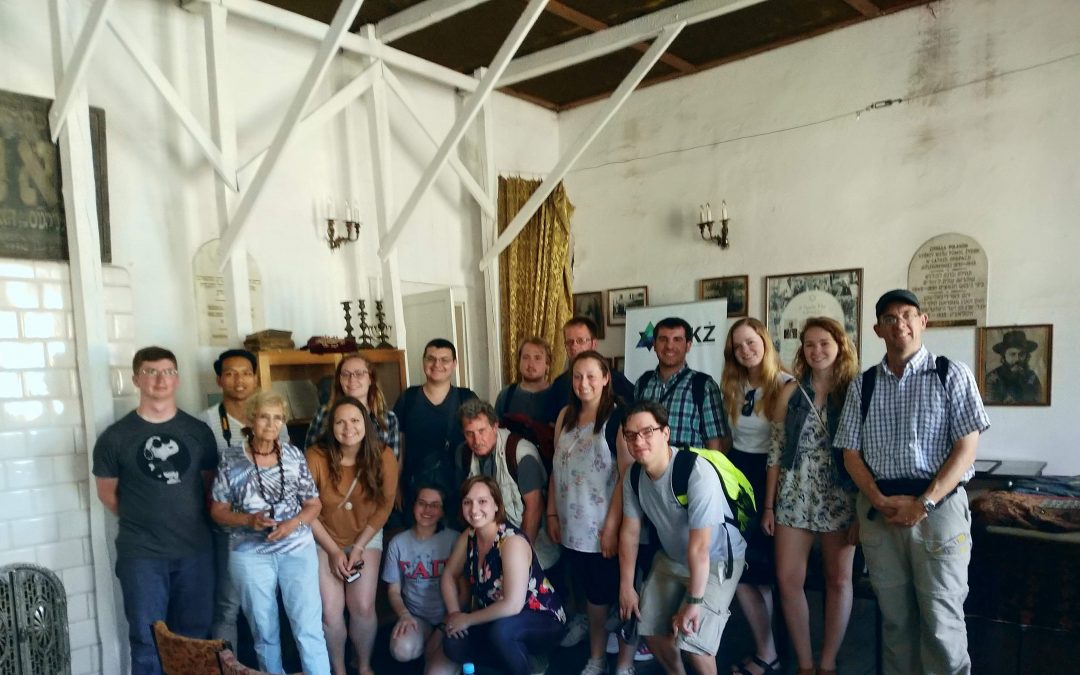 University of Wisconsin Oshkosh students experienced powerful emotions as they got a first-hand look at Nazi concentration camps in a recent Holocaust-focused, study-abroad trip. 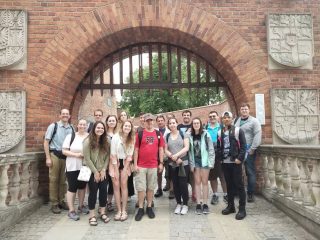 Students spent two weeks at notable sites in Poland and Lithuania, creating blog posts and reflections during the trip on the genocide that took place during World War II.

In an online post, senior psychology major Alexandria Oemig, of Oshkosh, said she wouldn’t soon forget emotions she felt in visits to the Majdanek death camp and the Belzec death camp memorial.

“An incredible memorial stands on the site of the Belzec extermination center,” she said. “The most powerful part was the Contemplation Room. It was a concrete room the size of one of the gas chambers with only two dim lights. It was cold and dark—absolutely haunting. I walked the length of the room and back towards the door. On my way out, it occurred to me: I get to leave. I get to walk out of this awful place. So many people did not.”

She said more than 500,000 people came through the gates and just two are known to have survived. 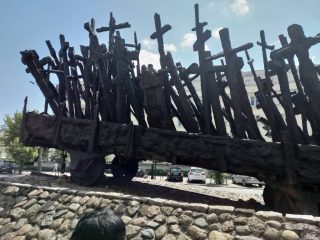 Oemig noted that a verse from the Book of Job was featured in the Belzec memorial: Earth, do not cover my blood; let there be no resting place for my outcry!

“It spoke to me as a plea from the victims,” she said. “We cannot cover over the atrocities of the Holocaust, we cannot bury their cries for justice and we must heed their warnings so it never happens again.”,

A mound of ashes of the victims showed the true gravity of the Holocaust and the deadly effectiveness of the extermination. Behind the memorial, he said, there were partially excavated trenches, where the Aktion “Harvest Festival” was carried out by the Nazis in 1942 on which 18,000 were killed on the deadliest day at the camp.

Reardon said there are “no words” to describe the Belzec memorial.

“The Contemplation Room at the Belzec Museum gives you the sense of what a gas chamber would be like in a sense, he said. “There is no noise or anything, just utter silence—death if you want to think of it that way.” 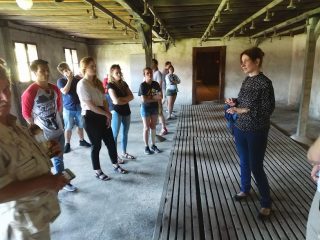 Aspiring teacher Laura Markley said the trip will be incredibly beneficial for her future students as she will be able to provide a first-hand account of the sites of the Holocaust in Poland and Lithuania.

Markley, a senior from Plain, Wis., is majoring in secondary education with a history minor at UW Oshkosh.

She described how shocked she was when their tour leader, Tomasc, shared a personal and dark story with the group about his family being sent from Warsaw to different parts of Poland in a railcar similar to the one they were viewing.

“Out of my family of 11, only three of us made it,” Tomasc told the students. “We were not Jewish. We rode on the train for 2.5 days to all over, and we got to a tunnel where the railcar stopped. The car began to fill with smoke fumes that had carbon monoxide in them… This happened for 4-6 minutes and then it stopped. All to scare us…”

Markley said none of them had any idea Tomasc had endured part of this devastating time. 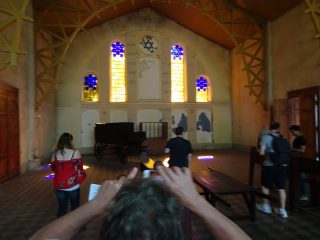 “I was standing not three feet away from someone who was physically there in the railcar, someone who had lost members of his family due to terrible people,” Markley said, adding that the museums are powerful, but to hear first-hand accounts of someone who was not Jewish but experienced similar events is “indescribable.”

Associate history professor Karl Loewenstein, who led the group of students, said he believes study abroad is one of the most important things that an undergraduate can do—providing perspective on the world that can’t be duplicated.

“Studying the Holocaust is incredibly important and relevant in today’s world,’” Loewenstein said. “Walking the sites where some of the most horrific events of the 20th century took place … events driven by racism and antisemitism helps students understand the centrality of history and that they need to be advocates for making sure something like the Holocaust will not happen again.”

Loewenstein said there are plans for another Holocaust-focused trip—the third such trip offered—in 2020.