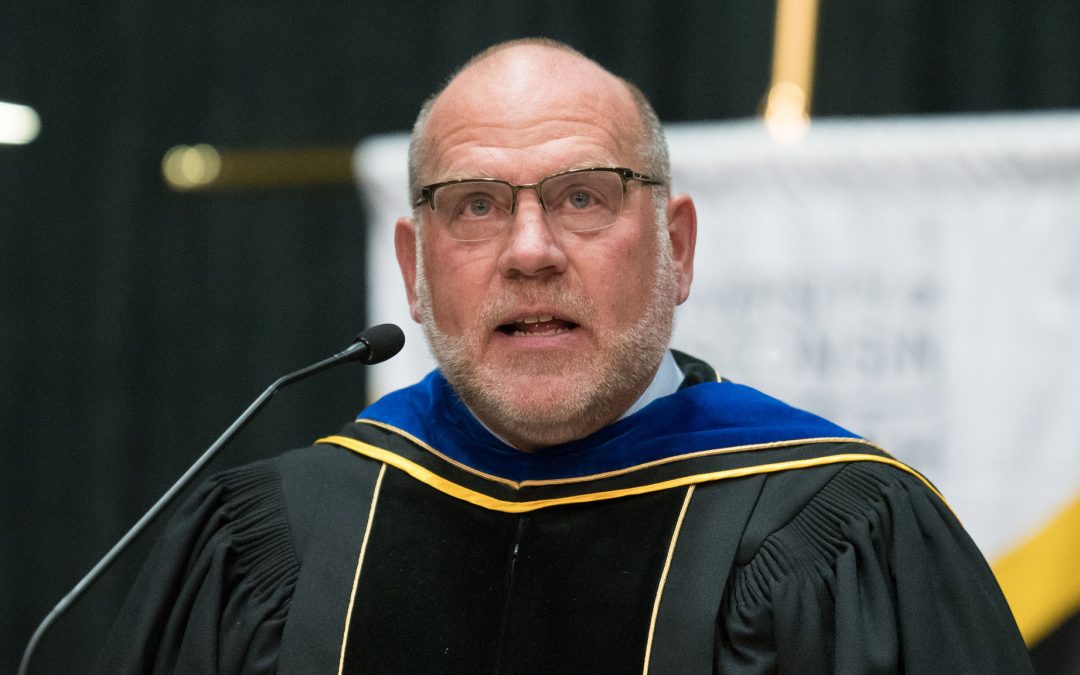 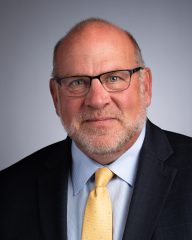 Koker was selected for the role, a position that “will include greater responsibilites and serve in new ways,” Leavitt said, following a national search.

Leavitt said now that UW Oshkosh is a multi-campus institution—three campuses, one university—nested into a larger, economically diverse region, the role of provost is more important than ever.

“Dr. Koker is the right leader to guide us through challenges related to enrollment and help us collaboratively develop the next distinctive strategic vision and mission to strengthen our university identity and trajectory into the future,” Leavitt said.

Leavitt said the position of provost is internal facing and will be responsible for the operations of the university and implementation of the academic mission. 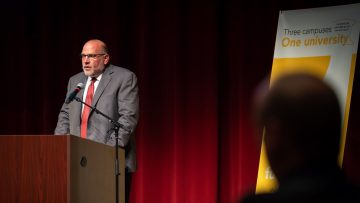 “The joining of our three institutions (UW Oshkosh, UW-Fond du Lac and UW-Fox Valley) presents me a unique opportunity to lead a world-class faculty and staff that can, while working with students, expand community engagement, spur economic development and contribute to building a strong, inclusive community in Northeast Wisconsin,” Koker said.

At UW Oshkosh, Koker has served as interim provost since last August. Prior, he served as dean of the College of Letters and Science (COLS) since 2006.

“I am confident Dr. Koker will continue to excel and serve this institution admirably,” Leavitt said. “As dean, Dr. Koker demonstrated innovative leadership marked by a high degree of inclusiveness, collegiality and decisiveness. He will bring these qualities to the provost role as he assumes primary responsibilities for our academic mission.”

During Koker’s time as dean, he was a key leader in creating and implementing the university’s new general education program—the University Studies Program, which began in 2013. He also co-led a collaborative effort to create new bachelor’s degrees in environmental, electrical and mechanical engineering technology, as well as oversaw the creation of five other new majors as a result of community collaborations to promote economic development in the region.

Prior to his time leading COLS, Koker, a math professor, had been a member of the faculty at UW Oshkosh since 1991, serving as department chair from 2000-2006.

Within the greater community, Koker serves on the board of directors for Habitat for Humanity of Oshkosh, is engaged in the arts and has acted in numerous theatre productions within the UW Oshkosh Theatre Department. Koker also has acted in many short films and has narrated several symphonic pieces.

In the role of provost and vice chancellor, Koker follows Lane Earns who retired last year after leading the division of academic affairs for 13 years.

“I am honored to have the opportunity to serve as the next provost and vice chancellor of academic affairs. I look forward to working with the university and greater communities to provide a student experience that will help them grow as creative, reflective thinkers and strong communicators who will ultimately contribute to and shape the communities in which they live,” Koker said.