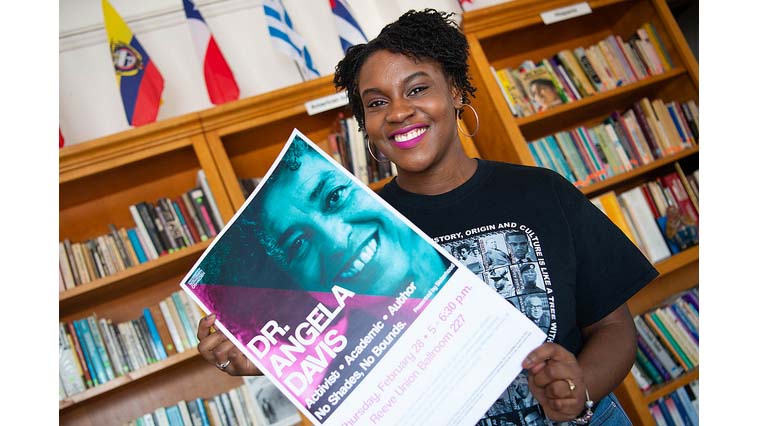 The energetic and hard-working elementary education major led the effort to bring prominent social justice activist Angela Davis to campus as the keynote speaker for the Sisterhood student organization’s No Shades, No Bounds signature event.

“She is a legacy,” Langs said. “I read about her in books, but to meet and hear from her in person was an honor.” 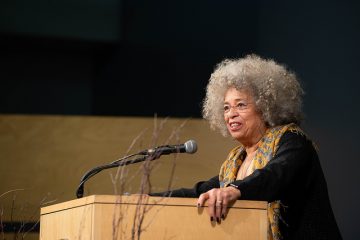 Davis’ speech about justice for women of color to a packed crowd of more than 700 in Reeve Union Thursday kicked off Women’s HERstory Month in March. Check out the photo gallery from the event.

Langs first heard about the struggles of African Americans at home from her parents. Later, she learned about the history of the civil rights movement and its leaders like Davis from her middle and high school classes.

At UWO, Langs added an African American minor to her studies and has served for the past two years as president of the Sisterhood, which is dedicated to outreach and empowerment of young women. The group’s programming focuses on the intersectionality of race and gender.

Langs said Davis encompasses much of what the Sisterhood stands for as she paved the way for other women active during the civil rights movement.

Bringing such a high-profile speaker to campus was not easy. Langs had to connect with Davis through her agents, negotiate the contract, secure an appropriate venue to hold the event and, most importantly, work to engage nearly 20 partners on campus to raise the hefty $20,000 speaking fee. 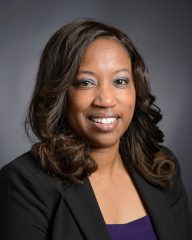 “This has been a huge undertaking,” said Veronica Warren, Sisterhood adviser and associate director of UWO’s Counseling Center. “Brianna’s organizational skills have been mind-blowing. She has grown so much since she ran her first Sisterhood meeting in September 2017.”

Warren said Langs has learned how to keep Sisterhood’s 30 members focused on their goals and to communicate with department heads as well as student leaders across campus. She also has learned when to take the lead on key tasks and when to delegate.

“I think the biggest thing I have learned is how to be flexible,” Langs said. “I’m really a planner, and I had to figure out how to adjust when things change.”

The past month has been especially hectic for the graduating senior who has been busy visiting and applying to graduate schools for next fall. 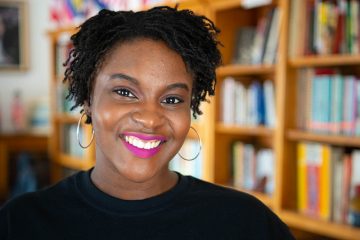 “Brianna is an example of a student who has embraced college life as a holistic experience. She has been actively engaged in the fabric of campus life. I am so happy to have worked with her,” Warren said.

Even with all the stress of the past few months, Langs found time to call her grandfather about her efforts to bring Davis to campus.

“I was so excited to tell him all about it,” she said. “It’s such a proud moment for the Sisterhood.”