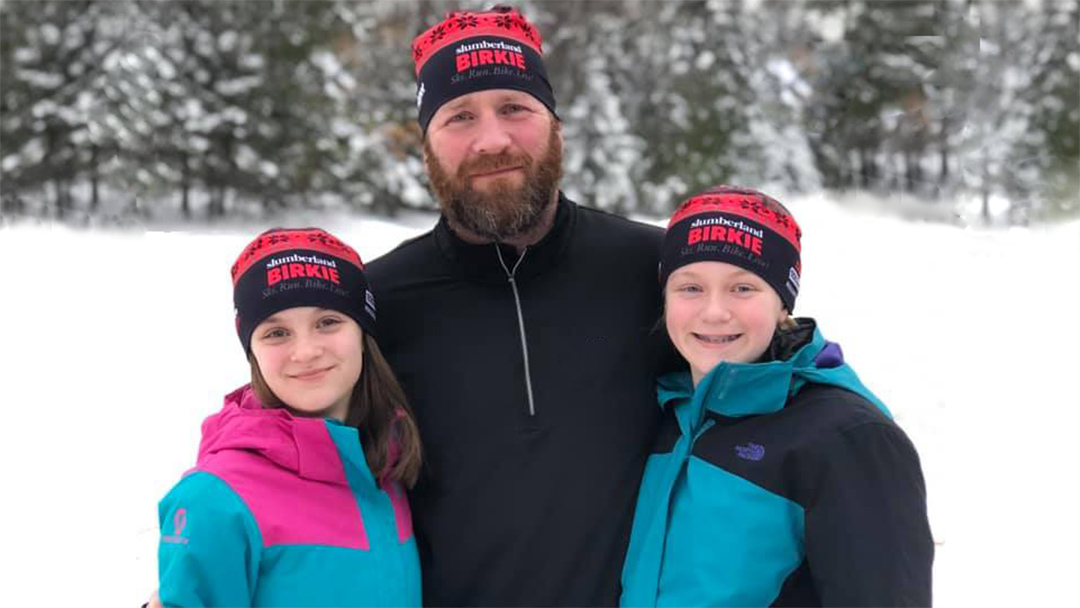 Not everyone on campus is grumbling about the accumulating snow.

Snow lover and cross-country enthusiast John Dobyns ’92, of Oshkosh, is celebrating the record year of snow because it has afforded him a great training season for the American Birkebeiner. Outside of training, you can find Dobyns at the helm as the operations and outreach director for the University of Wisconsin Oshkosh’s Cooperative Academic Partnership Program (CAPP).

Held in Hayward Wisconsin, the American Birkebeiner is the largest cross-country ski race in North America. Debuting in 1973 with only 35 skiers, it now attracts more than 10,000 racers to the starting line in a variety of ski events held over the course of four days. 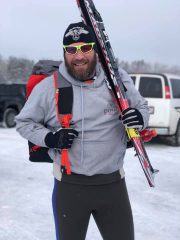 Dobyns got into cross-country skiing while looking for an alternative athletic pursuit after his college football career ended in 1991. Special road skiing equipment (XC ski boots, poles and specific boards with slow roller blade like wheels that approximate snow resistance) and dedication have Dobyns training via dryland year-round.

“The Healthy Titans program on campus keeps me on track with rowing, lifting and core work and plyometrics. Additionally, I have a Concept II SkiErg machine that allows me to work on double-polling strength and aerobic improvements. Best of all, I love to get outdoors to road ski and bike when I can,” he said. 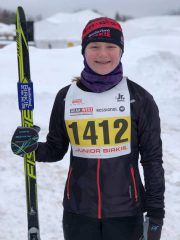 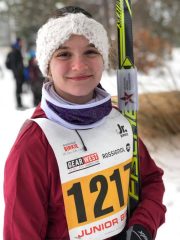 The Birkie has a reputation for attracting skiers of varying ability levels. This February, Dobyns brought his daughters Maggie (13) and Hollie (11) to compete in the Junior Birkie (3K). He said the kids made good time, although they didn’t come close to the kids who practice skiing every day and compete as a part of their extra-curricular schedules.

“Seeing kids from northwestern Wisconsin and Minnesota schools who are on grade school and middle school teams was an eye-opener for them. This was their first ski race after getting into the sport this winter, and they did very well,” Dobyns said.

Dobyns has trained for 19 Birkebeiner events. This year, he took on his 15th Kortelopet (29K). The event has been three years canceled due to lack of snow. He placed 686 overall and 29th in his age group with a time of 2 hours 15 minutes and 2 seconds. Next year, Maggie will do the Prince Haakon (15k) and eventually, both girls will ski with Dobyns in the Korte or maybe even the full Birkie.

“Not quite my fastest time ever, but better than the last few years. I was just happy that all of us got to finish on Main Street with the cowbells ringing and the crowd cheering us on, it was really fun,” he said.