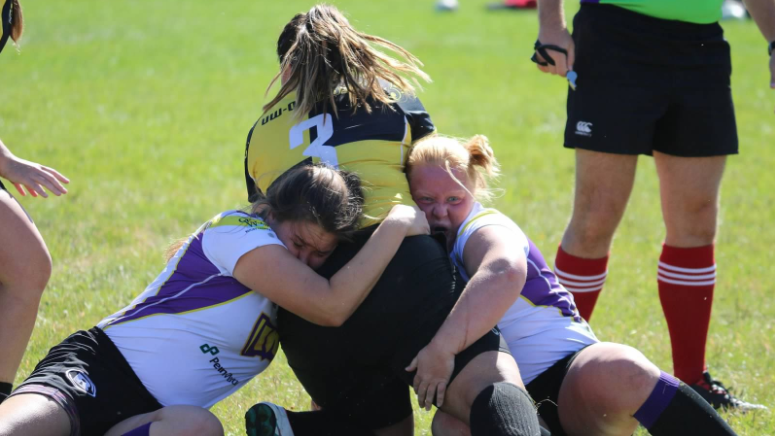 The University of Wisconsin Oshkosh women’s rugby team finished in the Top 16 nationally, after falling in two matches at the weekend tournament in Missouri.

Oshkosh lost 10-27 against Grand Valley State Saturday and 12-29 against Mankato State on Sunday. 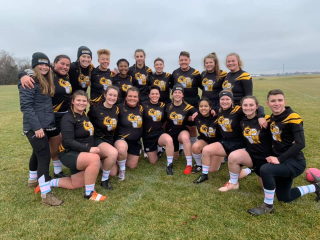 “Even though we may not have won or had the outcome we fought for, we are still proud to have represented UWO at a national level while also playing some really competitive rugby and leaving our all on the field,” said senior Sydney Denk, who is club co-president.

“Our season was hard-fought, nationals included, and in total has been a fantastic experience for the club and our players.”

The University of Wisconsin Oshkosh women’s rugby team is traveling to Columbus, Missouri to compete Nov. 23-24 in the Sweet 16 at the national level. It is their third consecutive appearance at nationals.

The UWO team qualified for nationals after taking first in the Great Waters Women’s Rugby Conference—composed of 15 universities throughout Wisconsin, Illinois and Michigan. The conference victory allowed UWO to enter with a bye and move past the Round of 32, into the Sweet 16.

UWO faces Grand Valley State—a team it has faced the past two years and won by just a margin each time.

Senior Sydney Denk said the UWO team shows a lot of strength and determination and is motivated to keep working through moments of pain and fatigue.

“When cold weather hits and snow moves in, we’ve seen other team cancel practices or move indoors,” Denk said. “Catch Oshkosh Women’s Rugby Club out in the snow, wind and ice, using conditioning in harsh weather to our advantage to get acclimated to what we will play in during matches.”

The club practices Monday and Thursday nights at the north RecPlex field on campus.

Denk said this year’s team has a number of experienced players who are working with new recruits.

“Our success isn’t based on the actions of a few individuals, but us working as a whole,” Denk said.