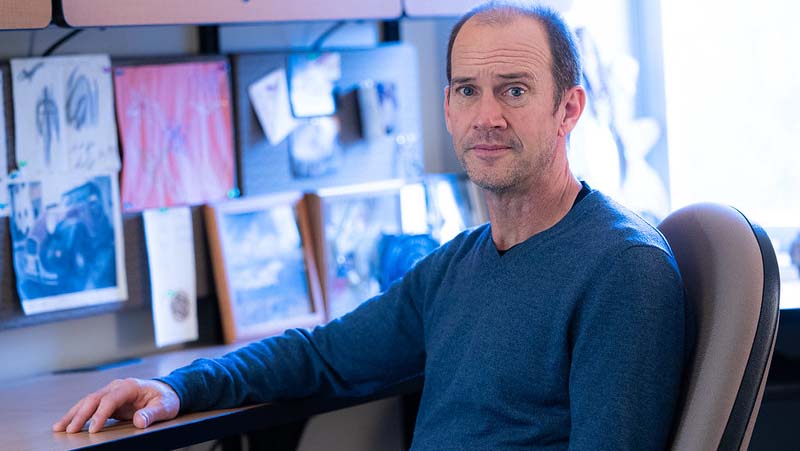 The University of Wisconsin Oshkosh professional counseling program is boosting mental health services in the region—training professionals for the workforce and lending a hand when needed. 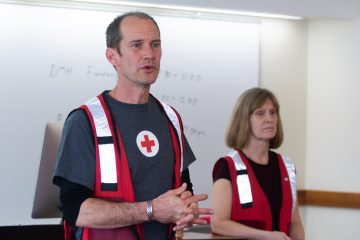 Lindsey has worked at UWO for the past 15 years and for the last 10 years has served as a Disaster Mental Health (DMH) volunteer with the American Red Cross. In 2013, Lindsey started a Red Cross DMH training component for interested students in the counseling program, with the idea that trained students under supervision could be prepared for possible rapid deployment in times of crisis or disaster.

In summer 2018,  a trained team of students had been mobilized to the Reedsburg area following significant flooding.

Crisis in our community

While a number of students from the UWO professional counseling program were willing to lend their support at Oshkosh West, the Red Cross requires that those who deploy have completed the appropriate DMH training requirements. Lindsey offers the noncredit DMH training on campus once a year as another set of skills that students can infuse into their professional development.

Lindsey said he was contacted to assist at Oshkosh West due to his involvement with Red Cross.

“Crises and disasters are probably going to continue to occur,” Lindsey said. “Having a group of students who are prepared and ready to deploy in our community, Wisconsin and even regionally or nationally is a true asset.”

At Oshkosh West, Lindsey and the four students focused on support—making an effort to help build a sense of safety and stability as staff and students returned to the school following the event involving a school resource officer and a student that was traumatic for the school community.

Students returned to classes three days after the incident. 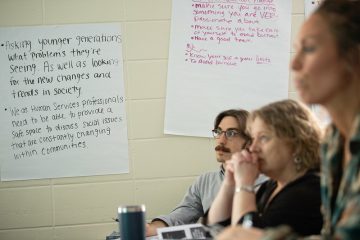 The DMH counseling team found that people were grappling with the idea of how an incident like this could happen at their school. A number of people expressed disbelief that an event they were seeing on national news actually unfolded within their school community. Several people described feeling that their sense of safety had been redefined by the events of Dec. 3.

Lindsey said people experience traumatic events and psychological stress in a unique manner. Some move through the experience and will not need much help, others many need more support and encouragement. Talking is helpful, but some people may not want to share their thoughts and feelings. He said a having a routine and a supportive network and finding healthy ways to cope are important for effective recovery.

Lindsey said 13 students graduated Dec. 14 from UW Oshkosh with master’s degrees in professional counseling—a number he said has been fairly steady over the last five to seven years.

“Many of those were school counselors, but not all,” he said.

Students who are strong in their field have compassion and want to help, are empathetic and insightful with others and allow themselves to continue to grow as people.

Lindsey said some of his graduate students are non-traditional students who may be searching for something different in life and want to make a difference. 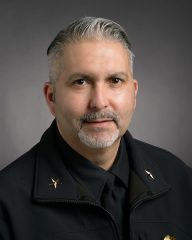 Kurt Leibold, who spent 26 years policing in the city of Milwaukee and retired as assistant chief before taking the role of police chief on the UWO campus, is in the program as a way to improve himself as a person who interacts often with other people.

“My experience taught me that a community-based, data-driven, problem-solving strategy worked the best and is the most inclusive way to police a community,” he said. “As I explored my second career after MPD, I was very intrigued in the possibilities of transferring this philosophy into a university community.”

He said over the four years he’s been at UWO, he’s found that a university environment is a perfect fit for a community and problem-solving policing philosophy. In the master’s program, he chose to focus on student affairs counseling.

He said in the two years he has been in the master’s program, he’s learned and applied new skills that have made him a better police chief, better husband and father.

“The ability to listen, empathize and be in the moment with people seems like it would be an easy thing to do, however I realized that if you do not practice and master these skills they often fall away,” he said.

UWO professional counseling is making an impact—locally and beyond.

Lindsey and 13 master’s level students—some of the same students who helped at Oshkosh West—traveled this week to India to advance awareness of trauma informed care with national government officials, counselors and other professionals as part of a UWO Counseling, Culture and Spirituality in India study-abroad program.

Students will deliver poster presentations exploring different aspects of trauma and trauma-informed care and will interact with 70-80 counselors and professionals. Lindsey and his counterpart in India will deliver the keynote address.

Lindsey said it doesn’t escape him that when a student enters the professional counseling program he knows many, many people will be touched by that student’s work.