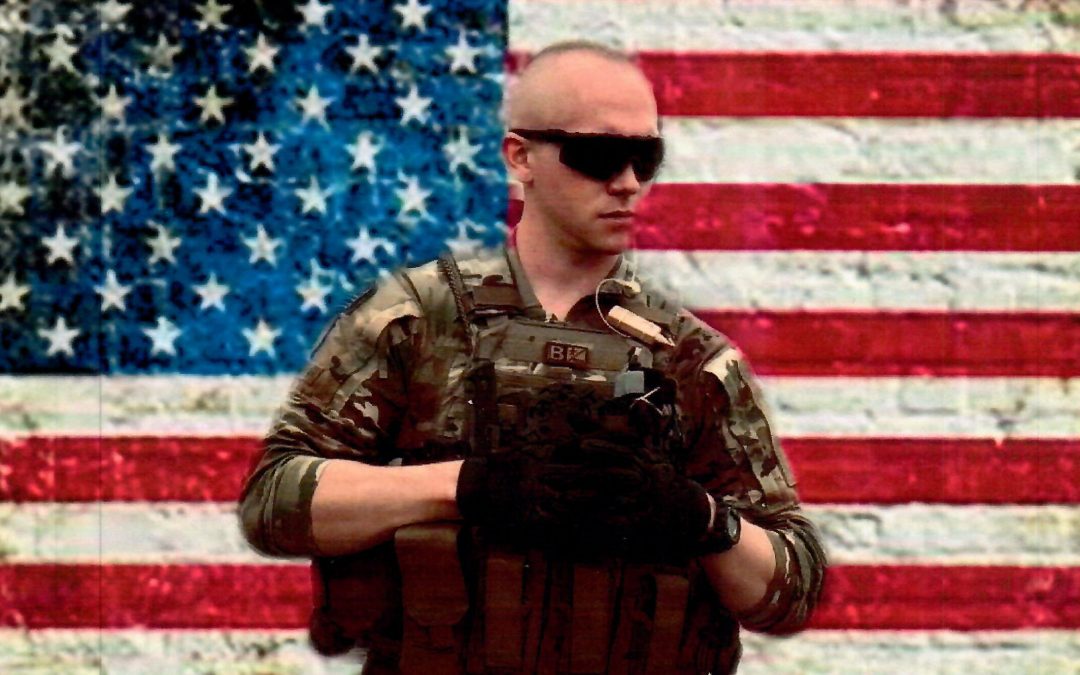 University of Wisconsin Oshkosh history major Joe Pavelsek is not far from the minds of those in the campus’ Veterans Resource Center.

A former student assistant in the office, Pavelsek communicates every week via Facebook from his post in Afghanistan, where he is serving with the U.S. Army in Operation Resolute Support as a member of the military police. 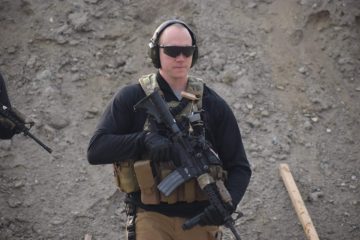 Members of the UW Oshkosh Veterans Resource Center are hoping to send Pavelsek and others in his unit some love—and snacks—from his UWO campus family. Pavelsek, a native of Burlington, is on a year-long special deployment.

He volunteered for the mission when it was tasked to his home unit—the 102nd MP (military police) company. There were just 16 soldiers selected for the mission based on experience, marksmanship and physical training score. A protective services training course provided at Fort Leonard Wood in central Missouri was a prerequisite.

“The Veteran Resource Center would like to do a drive to gather items to be sent back to Joe and his unit as a ‘thank you’ and reminder that UW Oshkosh is thinking of them,” said Michelle Munns, veteran benefit coordinator at UW Oshkosh.

Some popular snack items being collected include beef jerky, Pop -Tarts and Cheez-It crackers. Items may be dropped off at the center in Room 130 of Dempsey Hall through Friday, Feb. 14.

Pavelsek recently sent an American flag to campus that had been flown over Kabul on Veterans Day, Nov. 11, 2019. The flag also had been wrapped around the chest plates (body armor) of an Army Ranger during high-risk flights and around Pavelsek’s body armor during ground movement, making it a very comprehensive flown/carried flag, Munns said.

“We are honored that Sergeant Pavelsek has sent us this symbolic and well-traveled flag,” said Timber Smith, center coordinator. “This flag will be displayed in the Veterans Resource Center in honor of Joe and his unit.” 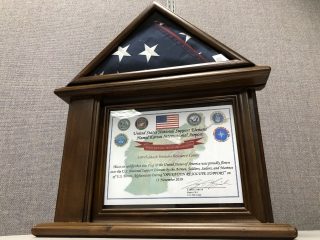 The flag is encased in a shadow box with a framed certification document signed by Major Larry Brink, U.S. National Support Element chief, and hung in the center.

“Joe trained all summer and was selected specifically for this deployment,” Munns added, noting Pavelsek hopes to continue duties as a student assistant when he returns to school at UW Oshkosh next fall.

The Iranian missile strikes last week on bases hosting U.S. troops had Munns and others hoping to hear from their friend and work-study colleague.

The day after Christmas, the flag and a typed letter from Pavelsek arrived on campus. He speculated that is would reach the center shortly before the holiday. 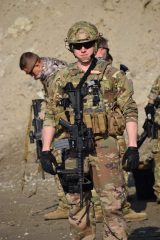 “I hope everything is going well back there and that the paths around UWO aren’t too icy,” he said.

He closed his letter by saying he sent a photo of a “good-looking soldier” (himself) to keep office morale high in his absence.

Munns said she is aware of students on deployment only if they inform the office—usually done if they need to withdraw from classes. There are a number of students currently deployed.