While many opportunities were lost to COVID-19, UWO’s ERIC lab is providing 32 paid internships 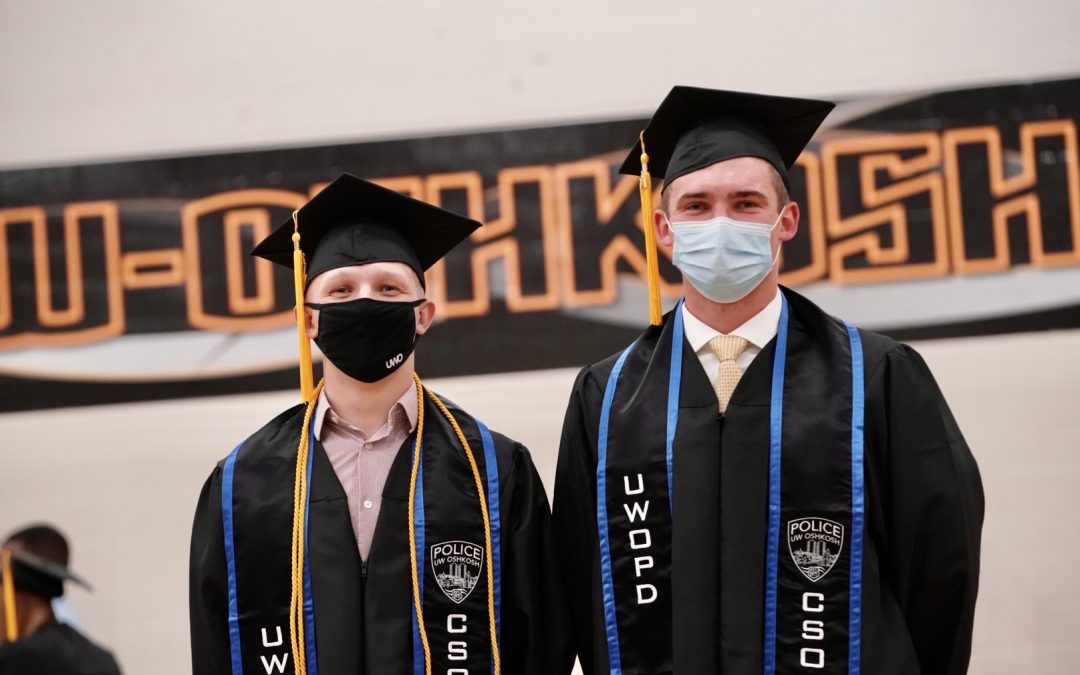 Thanks to the University of Wisconsin Oshkosh’s Environmental Research and Innovation Center, there are 32 students taking part in paid summer internships—many in Wisconsin vacation spots.

Michaela Prince, of Winneconne, started her internship in Vilas County after graduating from UWO in May with a degree in biology. She is staying in a cabin in Conover, 11 miles from the well-known tourist community of Eagle River and its chain of lakes.

“My job does allow me to do some beach testing, but primarily I am doing inspections of tourist rooming houses,” she said about house and cabin rentals.

Prince looks for anything that is contrary to Wisconsin codes and then lets the owner or manager know how they can fix the issue. The inspection includes water sampling and testing for coliform and E. coli bacteria if the property uses well water. Prince types up a report for each property and notes any concerns or violations. 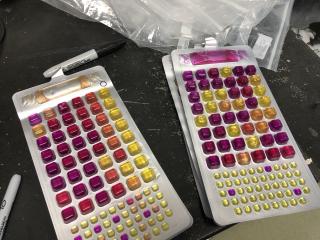 The job is her first internship and is in a place she’s never been. She has been taking advantage of great Northwoods opportunities for hiking and biking, fishing and camping.

An introductory class at UWO in environmental health piqued her interest in the field.

“The internship has allowed me to explore this field a lot more—including giving me a few ideas of what career I would like to pursue,” she said. “I am thankful for this opportunity to have hands-on experience with the Vilas Health Department.”

Greg Kleinheinz, chair of the engineering technology department at UW Oshkosh, said the ERIC serves 19 public health departments around Wisconsin and works with many corporations that are “common household names,” including multi-national corporations as well as local family businesses and privately held small businesses. Internships develop lab and field testing skills, and/or opportunity for research on novel products or sources of environmental contamination. 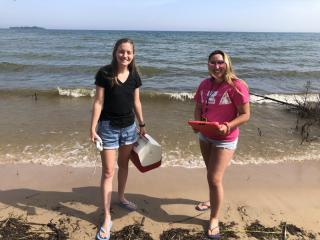 “In public health, there are seven or eight jobs available for every graduate from UWO,” he said. “The students in engineering technology, biology, chemistry, geology, environmental studies and other majors that gain experience with our group all have found employment or moved on to graduate school.”

Interns gain lab experience, but also the interpersonal “soft skills” and experience working with the public that is transferable to all careers.

The ERIC has provided paid internships, with significant student experiences, at no cost to the University. The program this summer has 21 students from UWO and 11 from other universities including five from UW-Stevens Point. Carmen Thiel serves as lab manager and oversees the ERIC’s daily operations.

“I am not aware of any other program at UWO that blends academics, paid internship experiences and community partnerships in such a cost-effective manner,” Kleinheinz said.

Wenzel previously worked as a research assistant at the ERIC lab on the UWO campus. The junior medical technology major has minors in chemistry and criminal justice.

Wenzel is responsible for testing eight beaches in the area―some daily, some twice a week and some like the ones on Washington Island, are tested weekly.

“We all sat down together and split the (roughly 30) beaches, then individually we set up our own personal schedule,” she said. “Once we have acquired the samples for the day, we return them to the lab located in Sturgeon Bay. There, we each begin testing the samples.”

The students test for turbidity (cloudiness) in the water from some of the beaches and then add a reagent called Colilert-18 to the samples, which detects the presence of both coliform bacteria and E. coli.

The samples are added to a quanti-tray with large and small wells. Each well is filled with a sample and then is incubated for 18-22 hours. The next day the students count the amount of wells on the tray that have turned yellow, indicating the presence of coliform bacteria. They then look under a UV light and count the wells that glow—indicating the presence of E. coli. 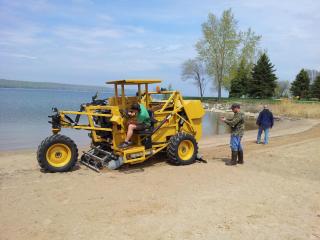 A scientific chart tells them the amount of bacteria in the sample and it is used to help the students determine if the beaches are safe, need an advisory or if they need to work with the local health department to close the beach and find the source of the E. coli.

Chapin said work can continue into the weekends. If beaches are under an advisory or closed, they must be sampled each day until the beach can be reopened.

Popular beaches must be resampled after heavy rain to ensure they remain safe for the public. Notes are taken on wind direction, water temperature and algae concentration.

“A good number of these beaches have been re-engineered and are being tested for how efficiently runoff is being managed to keep the public healthy while visiting,” Chapin said.

Kleinheinz said students also study the economic impact of beach re-engineering and how much users are willing to pay for various features as part of a UW Sea Grant-funded research project in Door and Manitowoc counties.

Kimberly Fredericks has worked at the ERIC lab on the UW Oshkosh campus since May 2018, and intends on continuing as a graduate student. The Neenah resident graduated this spring with a bachelor’s degree in microbiology and a minor in chemistry. 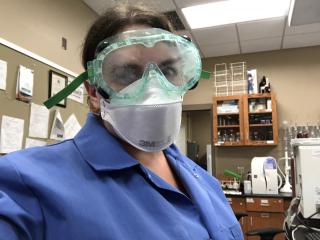 “My employment here has been incredible for developing skills that will directly transfer over to my future career,” Fredericks said. “Working with bacteria in their natural environments—water, ground or creature—with an ultimate goal of public safety, is exactly what I’d like to do for a living.”

She said the ERIC lab allows staff to serve the public and provide necessary and certified service while she has learned many techniques for both lab analysis and safety.

“I’m so grateful to have been given this opportunity,” she said.