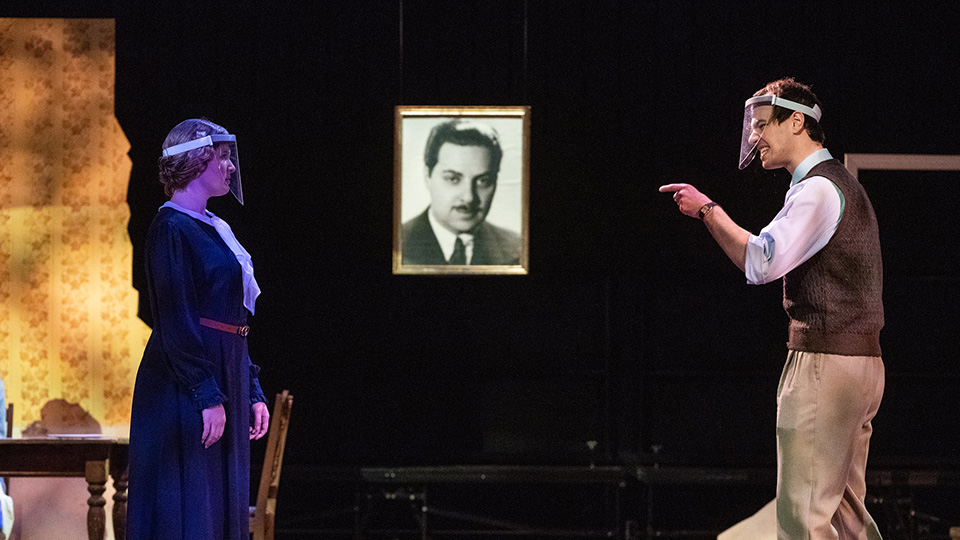 The University of Wisconsin Oshkosh theatre department will present its 2020-21 season, titled Love, Guilt and Other Family Values, in a virtual-only format Nov. 28-Dec. 6. It consists of two plays, Vanya and Sonia and Masha and Spike, written by Christopher Durang and directed by Merlaine Angwall; and The Glass Menagerie, written by Tennessee Williams and directed by Richard Kalinoski. Both will be available to stream online with the purchase of one ticket.

On Nov. 18, students rehearsed for the filming of The Glass Menagerie on the UW Oshkosh campus. The performances of both plays have been filmed and produced in a collaboration with the radio TV film department. Learn more about the theatre season here. 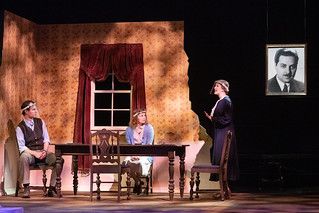