Pictured above: ’70 Barbara Herzog (EHS) and ’75 (MST), of Oshkosh, is vice president of several organizations including the Oshkosh Area School District Board of Education, the Wisconsin Association of School Board’s Board of Directors and the Women’s Fund of the Oshkosh Area Community Foundation.

’70 Doug Feavel (LS), of Vincennes, Indiana, published an unabridged third edition of his book Uncommon Character, Stories of Ordinary Men and Women Who Did the Extraordinary.

’70 Barbara Herzog (EHS) and ’75 (MST), of Oshkosh, is vice president of several organizations including the Oshkosh Area School District Board of Education, the Wisconsin Association of School Board’s Board of Directors and the Women’s Fund of the Oshkosh Area Community Foundation. Herzog is also president of the Oshkosh St. Vincent de Paul council. Herzog enjoys baking pies and spending time with her corgi Hank.

’71 James Toshner (EHS), of Sussex, and his wife Bonnie are retired with four grown kids. The Toshners enjoy playing pickle ball and spending time outdoors and in the gym.

’82 Thomas Griffith (B), of Verona, co-founded Argent Brothers Custom Industrial Plating, a company that has discovered a way to replace traditional chromium acidic electroplating with an environmentally friendly alternative to create the look of chrome. 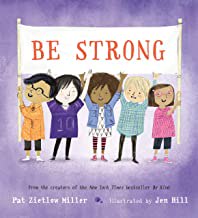 ’00 Trevr Smithlin (LS), of Neenah, is the co-founder of AdvertiseCast, a market leader in podcast advertising which was recently acquired by Liberated Syndication, Inc. Smithlin will continue to serve as chief innovation officer. Smithlin has been a guest speaker for the UWO Entrepreneurship Club. 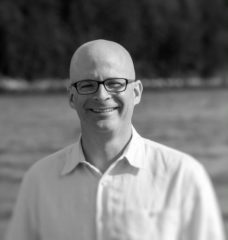 ’04 Ben Lampron (MBA), of Edina, Minnesota, published the book Jumpstart Your Future-Lessons Learned in Career Building, Personal Finance and Relationships to share his personal and professional life experiences with those who are entering the full-time workforce for the first time. Lampron is vice president of Metro Mold & Design. 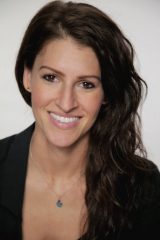 ’07 Ayse (Twit) Reyering (LS), of Los Angeles, California, is an Emmy-winning TV and film producer who has worked on series for Netflix, Amazon, Showtime, HBO and more. Reyering enjoys outdoor time with her husband and two children.

’08 Melissa (Riley) Fisher (LS), of Brookfield, was featured in Froedtert Today Magazine after her successful medical treatment for a hip condition. Fisher was a member of the Titan women’s gymnastics team. 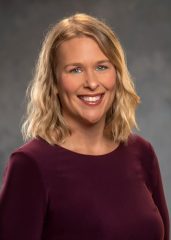 ’10 Adam Gitter (LS) and ’17 (MPA), of Kewaskum, is the Kewaskum village administrator. Gitter has previous municipal experience in the Town of Buchanan and West Bend.

Amy Bahrani with her husband.

’11 Amy (Gearhart) Bahrani (LS), of Lake Bluff, Illinois, is a management consulting manger with Accenture. Bahrani and her spouse had their second child in March.

’15 Rob Moss (B), of Fond du Lac, is a commercial underwriter with Society Insurance where he was hired seven years ago after serving as a UWO student intern. 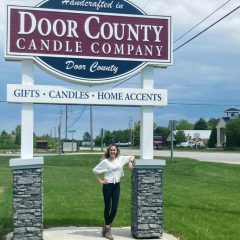 Send in your Class Note today.