The “Worker Bees” of the Admissions Office (Part 2)

With just under a week left of summer, we still have a large chunk of our Summer Ambassador team who deserve to be recognized for everything that they did over the past couple of months. Continuing on with our Summer Ambassador Highlights, we have Jared Benson! Jared is entering his fifth, and final year at UW Oshkosh as a Secondary Education major with a minor in History. Jared chose to attend UWO for the combination of a smaller campus with a larger student population. “I always wanted to go to a big school, but found larger campuses overwhelming since I’m from a small town. With UWO’s small campus, I was able to feel right at home while still getting that large school feel”. Jared is also a member of the track and field team, competing in triple jump, long jump, and javelin thrown. In addition, he is a Supplemental Instruction leader for the course, History 201. This just so happens to also be his favorite class that he took while attending UW Oshkosh.

If you were stranded on a deserted island and could bring three items, what would you bring?: hatchet, Brita water filter, & bug spray

If a movie were to be made about your life, who would play you?: Josh Radnor 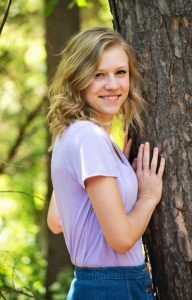 Next up is UW Oshkosh Senior Rachel Ryan! Rachel is majoring in Communication Studies with minors in Radio, TV, Film and Spanish and is originally from Oconomowoc, Wisconsin. Rachel chose to attend UWO and stayed at UWO for the same reason, the community.  “I found a family of friends at UW Oshkosh and got involved in lots of organizations that made me feel like I belonged at UWO.” Rachel believes that the best part about the city of Oshkosh is the downtown area, there are so many fun restaurants and local events to attend, specifically the farmer’s market. When asked why she believes that students should attend UW Oshkosh, she responded, “it has a great community and professors that really care about their students. I have built great relationships with other students and professors in my program. I have actually been to one of my professor’s houses for a bonfire with other students!”

If a book were to be written about your life, what would the title be?: “How to Multi-Task the Heck Out of Life”

The next Summer Ambassador that deserves to be recognized is Ally Steger. Ally is entering her final year at UW Oshkosh majoring in Nursing with a certificate in Community Health Studies. Originally from Slinger, Wisconsin, she chose to attend UWO for two reasons. It was conveniently very close to home and the College of Nursing is rated one of the best BSN public schools in the state. Ally’s favorite place on campus is the Student Rec Center because, as a student athlete, she spends more time there than anywhere on campus. In addition to working in the Admissions Office, Ally is also a javelin thrower on the track and field team, and has been involved in the UWO Wind Ensemble and Symphonic Band, the National Society of Leadership and Success, and a volunteer club called Circle K. 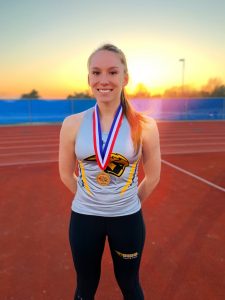 Best piece of advice you ever received?: “Live for what tomorrow has to offer, not what yesterday has taken away.”

If a movie were to be made about your life, who would play you?: One of the three blind mice

Thank you again to these amazing Ambassadors for all of their hard work. Their duties over the summer truly are essential to our office and we couldn’t do what we do without them!