We, together with children, families, staff and community, work to facilitate learning and support growth which empowers all partners in shaping their future.

Message from the Director 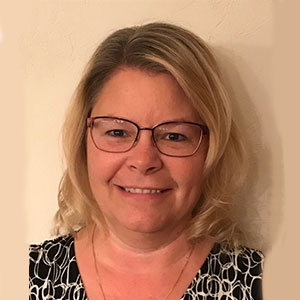 The UW Oshkosh Head Start mission, vision, and values clearly summarize the importance of families, staff, and community, as well as the child.  We could not do this work without each of those partners!  We believe that parents are the child’s first and most important teacher and seek to develop relationships with families and support their engagement in their child’s learning and development.  Head Start provides an enriching and supportive atmosphere for all who are engaged in the program.  The values identified contribute to the responsive and energizing spirit of UW Oshkosh Head Start.

Our team of over 130 professionals, provide comprehensive services to children and their families across 4 counties; Winnebago, Outagamie, Calumet and Shawano.  This program operates one of the larger programs in the state of Wisconsin serving 500 children and their families.  UW Oshkosh Head Start is one of only 15 Head Start programs in the nation that are affiliated with a University.

Head Start often has led the early childhood field with a strong, clear, and comprehensive focus on all aspects of healthy development.

Our program implements systemic and integrated, comprehensive child development services and family engagement efforts that lead to school readiness for young children and families as outlined in our school readiness goals and program goals.  This occurs when families and staff work together and collaboratively create a vision.

Together we will make a difference!

We recognize and utilize the life experience, abilities and skills of each other and work side-by-side with our partners to enrich their quality of life.

We depend on the differences among us to give strength to our program and our lives.

We provide life long learning opportunities and trust that all partners will continue to grow.

Head Start, a program of the 1960s War on Poverty, has been one of the most successful and long-lived.   Launched as an eight-week summer program, Project Head Start was designed to intervene in the cycle of poverty. The program aimed to provide preschool children of low-income families with a comprehensive program to meet their emotional, social, health, nutritional and psychological needs.

In1965, the founding director of the Peace Corps, Sargent Shriver, assembled an interdisciplinary group of recognized professionals who, within six weeks, formulated the outline of a preschool program.  The committee took its responsibility seriously and created a program of unprecedented breadth and depth.

On May 18, 1965, President Lyndon B. Johnson announced that the services to be provided would serve more than one half million poor children. The services would insure “poverty’s children would not forevermore be poverty’s captives,” it would be comprehensive and involve the parents of the children,  two critical conditions of this new initiative.

Since Head Start’s formation, communities, families and programs have changed, but the conditions have not.  The comprehensive nature of Head Start has only grown and parent involvement is even more important now than it ever was.

Head Start now serves nearly one million low income children in all 50 states, the District of Columbia and the U.S. territories.  It is a program of the Administration for Children, Youth and Families in the Department of Health and Human Services and operates by federal law.

UW Oshkosh Head Start is an entity of the University of Wisconsin and is governed by the UW Board of Regents, which has legal and fiscal responsibility for administering the program.

The Vice Chancellor of Administrative Services at UW Oshkosh must ensure all policies and procedures are follow, which is designated by the governing board. This is accomplished via a Board of Advisers, comprised of University personnel with legal responsibility and personnel with programmatic responsibility, as well as other community representatives.

UW Oshkosh Head Start shares decision-making with a program representative Policy Council.  Policy Council members are elected at the first meeting of their center committee and serve as liaisons between the program, the centers and the communities served.  They initiate suggestions and ideas for program improvement and receive reports on actions taken.  With staff assistance, they plan, coordinate and organize agency-wide activities for parents and are responsible for the distribution of parent activity funds.  The Policy Council meets monthly September through June.

Each center has a functioning parent committee which meets monthly to review upcoming classroom and home based plans, to plan parent functions and to participate in training.  Members of the parent committee may assist the Policy Council personnel committee with hiring and also serve on other standing committees.

With shared decision making, involving the Board of Advisers, the Policy Council, and program management, UW Oshkosh has responded to national, state and local needs as they have developed, creating and establishing innovative programming as the needs arose.   It is the only University-affiliated program in the state of Wisconsin and one of very few in the nation.  This affiliation provides a range of resources and services from the academic departments as well as significant administrative support.

Regular financial and program audits indicate an effective and efficient operation that shows good stewardship of all grants and donated funds.  Federal onsite reviews, which occur every five years, has confirmed the professional competency and high quality of the UW Oshkosh Head Start program.