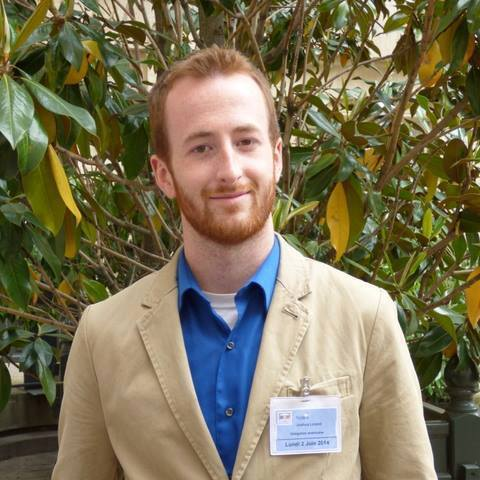 Like all new grads, Josh Tegen couldn’t wait to land his first job. And after a bit of pounding the pavement, he had one at Wells Fargo. But it wasn’t a good fit for him, and so he started looking again until finding an opportunity with the City of Oshkosh. He landed a position as an Economic Developer with the city. This turned out to be, he writes, “an invaluable experience!” He continues: “Working alongside the city council, the mayor, city planners, business owners, nonprofits, and various public representatives reinforced my fascination for the highly interconnected world of government.”

During his time with the City of Oshkosh, Josh also earned his MPA at UW Oshkosh. He finished that degree in 2017 and, inspired by his education and his job, decided to pursue further graduate education. He was accepted to UW Milwaukee’s program in Urban Studies and is currently pursuing his Ph.D. and a graduate certificate in non-profit/public management.

Josh is already heavily involved in research at UWM. “One project I am currently assisting with is examining the impact of school boards (which are traditionally publicly elected in Wisconsin) on student performance. For another, the political-geography of ethnic groups in Milwaukee. I’ve also worked on projects which examined the impact of governance on police officer health and the impact of Wisconsin Act 21 on shifts in regulator power between the governor and public agencies. Every day is different and exciting!”

Josh credits his training in Political Science with helping him get to where he is today. “My background in political science was the greatest factor in obtaining my current position,” he notes. “For a multi-disciplinary field like urban studies the ability to understand how the governing process, the distribution of power, and the flow of resources impact the world around us was attractive to the interviewing committee. Whether a project was concerned with the impact of city council decisions on zoning outcomes vital to local economic growth or, the political-geography of segregation in Wisconsin’s largest city, I had the necessary skills to be successful in my role.”

He has some advice for current students that many might not think of right away. Joining professional organizations and becoming and active member was crucial for Josh’s success. “I credit a great deal of my professional development to joining various associations and attending conferences. Not only are you able to spend time with others equally as passionate about a topic as you are, but you are also given the opportunity to network, form relationships, meet potential mentors, and stay informed about changes or developments within your field. Being an active member of an association also signals to potential employers (and graduate schools) that you are focused on personal and professional development. Finally, most organizations offer amazing discounts for student memberships; don’t let them go to waste!”

Josh is loving living in Milwaukee with his wife, Ashley (UW Oshkosh nursing grad, now an RN at Children’s Hospital), and their dog, Winston. When they’re not busy at work or with research, they enjoy taking in all that a big city like Milwaukee has to offer. “Recently, we’ve attended the Milwaukee Symphony Orchestra, saw Lindsey Sterling in concert, went on a brewery tour and attended Pet Fest (a festival that you bring your pet to!).”

Asked about his favorite memory from our department, Josh doesn’t hesitate: “It has got to be the class discussion on Marxism in front of a giant Karl Marx statue in Berlin during my 2014 spring semester travel abroad to Germany and France! What a memory!” (Dr. Slagter adds that HER favorite memory of Josh is him giving a live interview about the 2014 European elections at the European Parliament in Strasbourg. He was so cool under pressure…!)

We’re excited for the future DOCTOR Tegen — we love it when our students are inspired by big ideas, as Josh clearly is. Would you like to talk to Josh about his path or his research? Drop us a note and we’ll put you in touch with him right away!