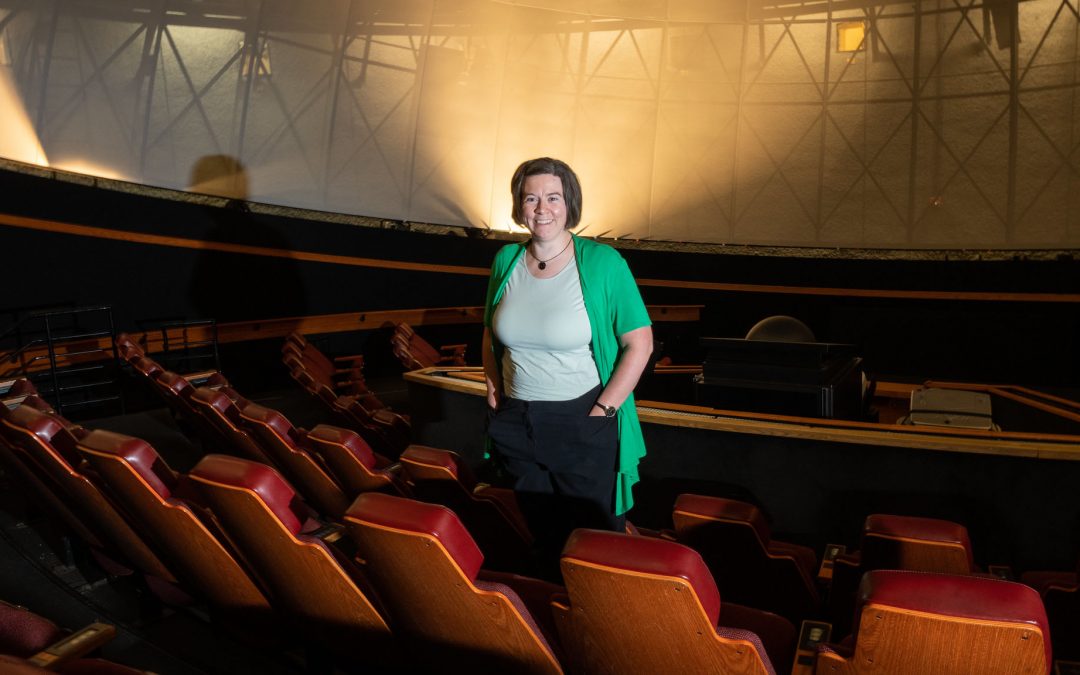 A scientist with experience in outreach presentations and an interdisciplinary background will manage Barlow Planetarium on the University of Wisconsin Oshkosh, Fox Cities campus.

Teri Gee, who was selected following nationwide recruitment for the position, began her work Aug. 8 as outreach program manager.

Gee previously worked at Brigham Young University Idaho, where she served as a visiting faculty member and earlier as an adjunct faculty member teaching introductory astronomy, integrated science and history and philosophy of science.

“I love introducing people to astronomy,” Gee said. “Over the years, I’ve done a number of volunteer presentations for different groups using telescopes, a planetarium and even just simple classroom demonstrations. When I saw the job posting for the outreach manager, it seemed like the perfect opportunity to get a position that allowed me to continue doing just that and it would allow community outreach to be my focus—not just something I did in my spare time.”

Gee said she wants to continue the focus at Barlow of involving school groups and public shows for the community.

Gee said she was amazed at the immense size of the Barlow dome. It is two to three times larger than the one she had been using in Idaho. She said she will work to keep the Barlow in its position as a world-class planetarium.

“It has great potential and I can’t wait to see what more it can do,” Gee said.

Martin Rudd, assistant chancellor for access campuses, said the search committee was impressed with Gee’s commitment to science education and her varied experience in outreach presentations and her interdisciplinary background. 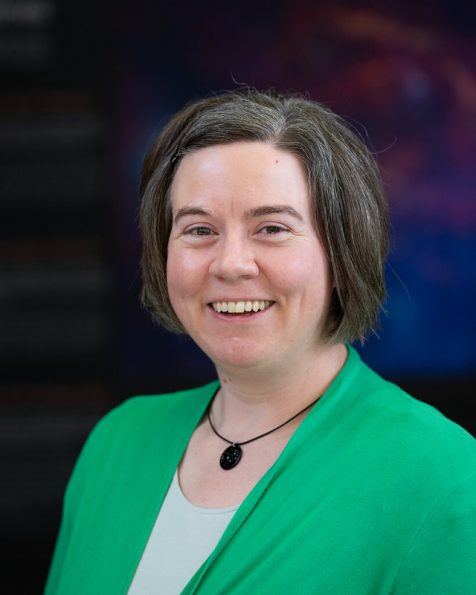 Gee said as part of the courses she taught in the physics department at BYU-Idaho, she was able to take students into the university planetarium to introduce them to the night sky and different topics using the star shows available there.

“Astronomy is a science that anyone can do at a basic level because it just requires looking up, and it’s been my favorite science since I was very young,” she said, adding that a planetarium brings things in more convenient reach. “I remember sitting in a planetarium, watching a star show when I was only 6 or 7 years old and being absolutely awed by what I was seeing on the dome. That was the beginning of my love of astronomy. When I found the position at the Barlow Planetarium, I was excited about being able to share that same awe with others.”

Gee earned her master’s and doctorate degrees from the University of Toronto in the history and philosophy of science and her bachelor’s degree in secondary education from Utah State University.

Ty Westbrook served as interim director following the death of Alan Peche in June 2021. With the arrival of Gee, Westbrook returned to his program development role as an outreach specialist.