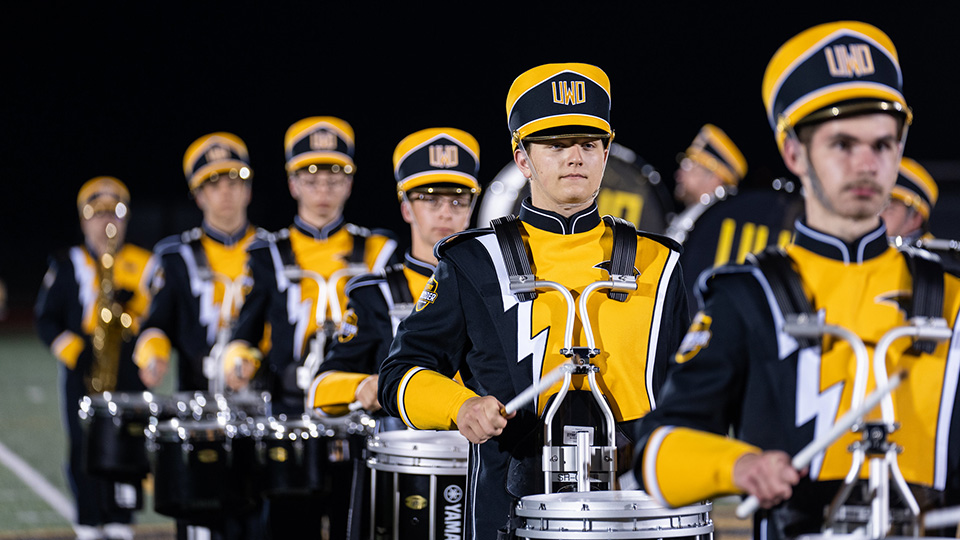 Two Fox Valley holiday celebrations will have an infusion of Titan pride this year.

Both holiday events are a chance for the greater Fox Valley community to see the Titan Thunder in action as the marching band’s inaugural year winds down. The group of about 75 student musicians, color guard and twirlers debuted at the UW Oshkosh football home opener in September.

A new partnership: The marching band teamed up with the Paine Art Center and Gardens in Oshkosh, so along the parade route the Titan Thunder will be playing timeless tunes from The Nutcracker to promote the annual Nutcracker in the Castle event. The popular holiday attraction at the Paine opened Nov. 18 and runs through Jan. 9.

What they’re saying: “I couldn’t be more excited about the Paine sponsoring the marching band in the holiday parades,” said Aaron Sherer, executive director at the Paine. “Titan Thunder is such an impressive force to see in action, and for them to be associated with the Paine’s Nutcracker in the Castle is as awesome as promotion could get. I’ll be there cheering them on!”

Bottom line: UW Oshkosh will have a bold presence at these community events that draw thousands of people to Fox Valley downtowns. The parades also are among the final performances of the season for the marching band, which will close the year with a Dec. 3 concert in Kolf Sports Center before the men’s basketball game against UW-Stout.