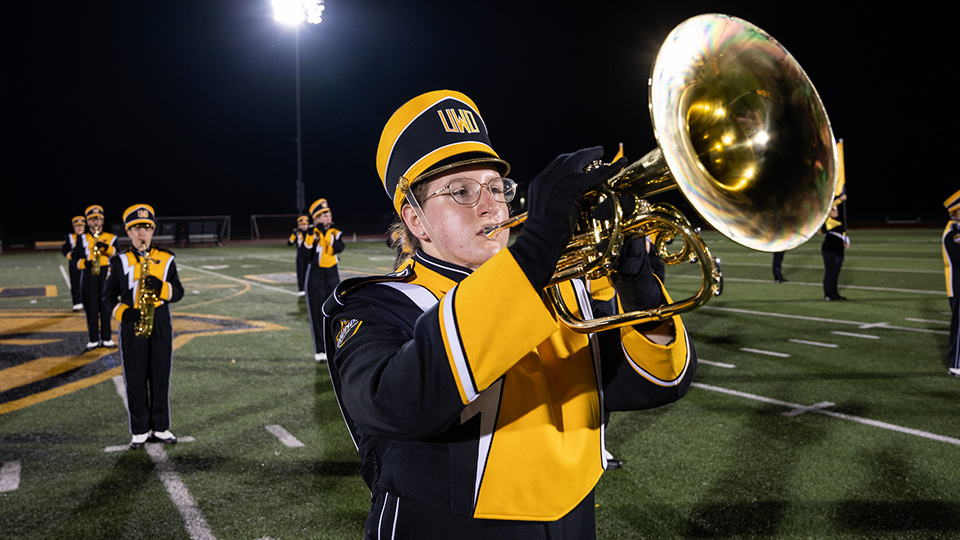 What they’re saying: “I’ve been very impressed with both the sound and commitment of our students this year,” said Joe Scheivert, athletic bands director. “Everyone has been dedicated to creating a first-class program and performing at a high level.”

Background: UWO’s 76-member marching band, which includes color guard and twirlers, made its much-anticipated debut this fall at the Titans football home opener. The marching band performed at each of the football team’s four home games and traveled to UW-Eau Claire for the season finale Nov. 12.

Up next: The University’s pep band, the Bolt Band, also directed by Scheivert, will perform during the basketball game following the concert. The Bolt Band is in its second year and will continue to perform at home basketball games throughout the winter.