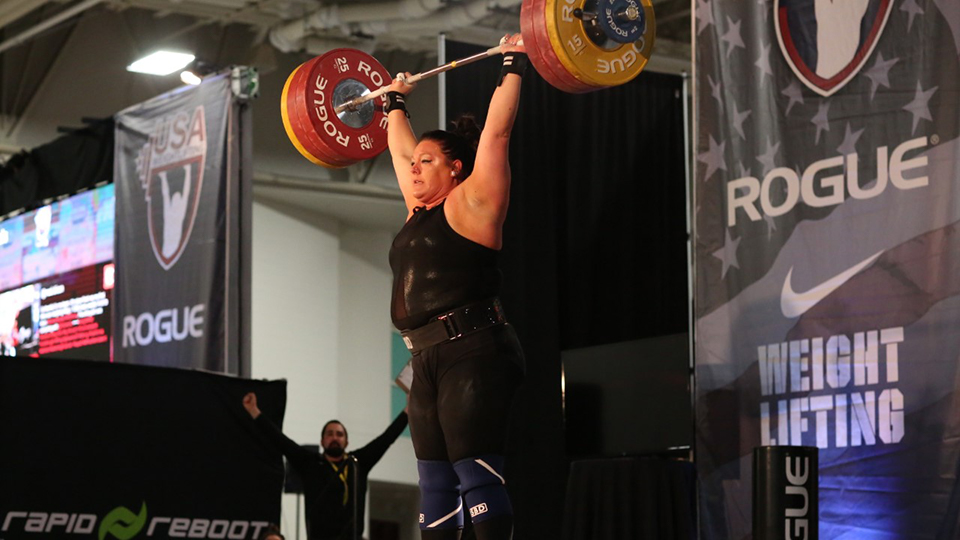 Competing in the women’s +87 kilogram (191 pounds & over) division, Theisen-Lappen accumulated 443.9 points during her six lifts to easily defeat 15 other contestants.

Theisen-Lappen, who recorded the third-highest +87 score in U.S. history, established personal bests with her lifts of 106 kilograms (233 pounds) in the snatch and 154 kilograms (339) in the clean and jerk. Her overall lift figure of 260 kilograms (573 pounds) also set a personal best.

“I had so much fun competing in Salt Lake City,” Theisen-Lappen said. “The support I felt from my (UWO) athletes, coworkers and my family and friends was phenomenal. I am so lucky to work for a university that not only pushes me to be a great coach but also allows and supports me to chase my dreams outside of coaching.”

Theisen-Lappen, an Eau Claire Regis High School graduate, began her collegiate career at NCAA Division II Winona State University (Minn.). She totaled five All-America awards for the Warriors, including one with her first-place effort in the discus at the 2011 national outdoor championship. In 2011, Theisen-Lappen was named the Central Region Outdoor Field Athlete of the Year by the U.S. Track and Field and Cross Country Coaches Association.

Following three seasons at Winona State University, Theisen-Lappen transferred to NCAA Division I Indiana State University. She earned three All-America citations for the Sycamores during the 2014 season and was named the Most Outstanding Field Athlete at the Missouri Valley Conference Indoor Championship. Theisen-Lappen concluded her collegiate career by placing ninth in the shot put at the USA Outdoor Championship.

Theisen-Lappen will lift again at the American Open Series 1 at The Arnold March 5-8 in Columbus, Ohio.