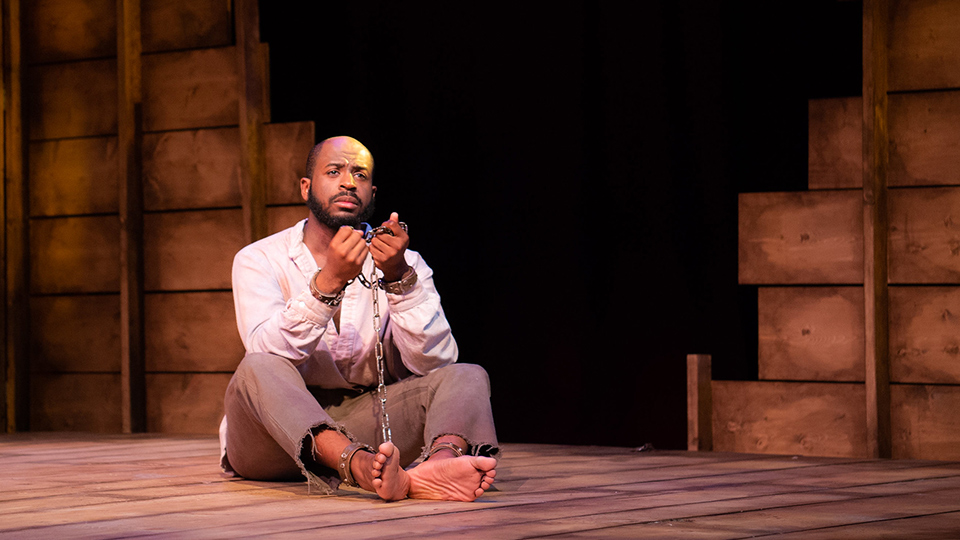 Before finishing his degree in May and then ramping up his theater career in Chicago, a University of Wisconsin Oshkosh senior will be honored by the John F. Kennedy Center for the Performing Arts in Washington D.C.

Bryan Carter, a senior political science major from Racine, has been selected as one of four outstanding performers by the National Committee of the Kennedy Center American College Theater Festival (KCACTF).

The play was staged at the Fredric March Theatre on the Oshkosh campus in October and was directed by UW Oshkosh theatre professor Merlaine Angwall. It was then selected to be performed at the Mitchell Theatre on the UW-Madison campus in January as part of the KCACTF.

If not for the mass shutdown in response to the coronavirus, Carter would have attended the KCACTF national award ceremony in the Kennedy Center’s Terrace Theater on April 10. It was part of a planned five-day National Festival, where he also would have taken part in master classes and other events.

Before wrapping up his final weeks at UWO from afar, Carter had been commuting back and forth from Chicago. He recently worked for the Raven Theatre and was in the cast for the now-canceled Middle Passage at the Lifeline Theatre. He also works two part-time jobs in Chicago and said he’s thankful UWO was able to accommodate his demanding schedule.

“It’s challenging, naturally,” he said not long after learning about the Kennedy Center honor. “Some days are harder than others but then days like this make those days worth it. I think that’s what counts—taking advantage of those days that make all the other crazy days make sense.” 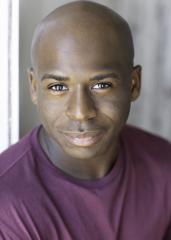 For the Nat Turner in Jerusalem production, getting a showcase at the KCACTF in Madison was an honor itself. Nat Turner was one of 1,500 productions submitted for consideration and was the lone representative from Wisconsin in Region III, which includes colleges and universities in Wisconsin, Illinois, Indiana, Ohio and Michigan. Regional festivals like the one in Madison were held in eight locations nationwide. The National Festival in Washington then typically follows.

Because it was selected for the regional festival, Nat Turner is also up for consideration for a national award. The results of that contest will be announced next month.

As for the individuals, just Carter and three others nationally earned the invitations to D.C. for the ceremony.

“This is a big honor he’s been given and it was well-deserved,” Angwall said. “He worked very hard and he did a great job with the role.”

The festival performances in Madison earlier this year marked the second time Carter played the marquee role in Nat Turner, after having done so during its initial run in Oshkosh. He’ll reprise the role again later this year in Chicago, he said, but the details of the engagement have yet to be announced.

Nat Turner was written by the contemporary playwright and Princeton University lecturer Nathan Alan Davis. It’s centered around the captured leader of a 1831 slave rebellion in Virginia who is awaiting his execution.

Even with the current slate of stage performances and the spotlight from the Kennedy Center called off, Carter is still full of optimism.

“I am in amazing spirits and look forward to what the future holds,” he said. “What a time to be alive.”