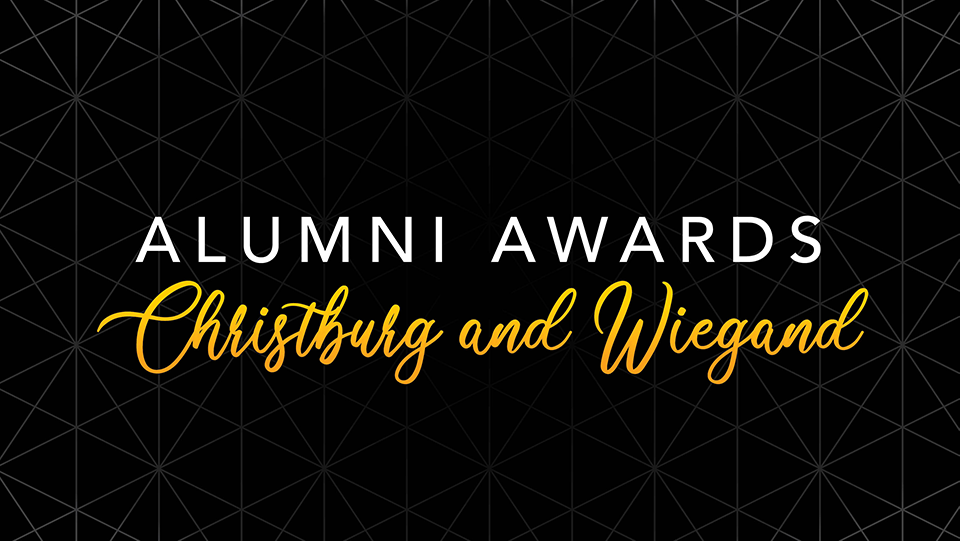 Ten successful University of Wisconsin Oshkosh graduates have been chosen to receive top honors for 2020 by the Alumni Association Board of Directors. Over the course of the next five weeks, we will introduce you to these 10 outstanding individuals.

Sometimes the right teacher makes all the difference.

Two 2020 Distinguished Alumni Award recipients—Charles Christburg Jr., a 1977 geography major, of Monument, Colorado; and Wayne Wiegand, a 1968 history major, of Walnut Creek, California—credit University of Wisconsin Oshkosh professors for setting them on course for a lifetime of success.

UWO’s Distinguished Alumni Award recognizes those active in their professional fields and widely recognized for their career accomplishments.

“My student experience at UW Oshkosh was foundational for the career I chose,” Christburg said. 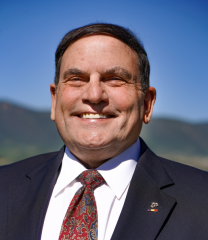 A major in business was the initial plan until Christburg took a class with geography professor Paul Johnson.

“That class sparked my interest in literally the exact definition of geography…the study of why what is where,” he explained. “This could be applied to land, minerals, demographics as well as cultural and ideological centers.”

“Similar courses including cartography, meteorology, oceanography and numerous geology classes sparked my interest in seeing the world and became the basis for a successful Marine Corps career, first as a pilot and, ultimately, as an intelligence officer.”

Upon graduation, Christburg’s more than 42-year career began with commissioning as a second lieutenant in the U.S. Marine Corps (USMC). He went on to serve as a naval aviator, an intelligence officer, a space operations officer and a systems analyst.

He retired from USMC in 1988 as the chief of the Intelligence Plans and Policy Division. He has continued to work in the public and government sectors and today serves as the director of the Staff, Strategy, Policy and Plans Directorate of the North American Aerospace Defense Command and United States Northern Command.

Outside the classroom, Christburg played football for the Titans, raced on the intramural ski team and gained lasting friendships through his involvement with the Delta Sigma Phi Fraternity.

“While academics are vital, the personal experiences that shape your character in your college experience are equally important,” he said. “My academic, athletic endeavors, fraternity involvement, as well as part-time work, coalesced to eminently qualify me to compete with officers from the U.S. Naval Academy and the Naval ROTC programs across the nation. I have been very pleased with how UW Oshkosh prepared me for life.” 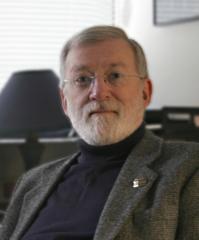 Wiegand, a professor emeritus of library and information studies at Florida State University, also recalls the significant impact of his years at UW Oshkosh, especially his involvement with Model United Nations.

After winning at the campus level, he traveled to New York in 1968 to compete in the National Model United Nations. In addition, he was a member of the campus chapter of Phi Alpha Theta, the national history honor society.

“But the thing that had the most impact on me while a student at UW Oshkosh was the guidance and mentoring I received from two of my history professors, Werner Braatz and Joseph Starr, with whom I developed warm and lifelong relationships after graduation,” Wiegand said. “It is to them that I trace my love of history, and it’s because of them that I have such strong loyalties to my alma mater.”

After earning his undergraduate degree from UWO, Wiegand went on to earn a master’s in history from UW-Milwaukee, a master’s in library science from Western Michigan University and a doctorate from Southern Illinois University.

His exceptional career in academia took him to a number of universities, serving as a librarian at Urbana College in Ohio and as a faculty member at the University of Kentucky, UW-Madison and Florida State. Since 1974, he has studied American library history. Because of his stature in the field, he is often referred to as the “Dean of American Library Historians.”

Wiegand’s work included cofounding the Center for the History of Digital and Print Culture at UW-Madison and the Florida Book Awards at Florida State University.

He also is proud of the books he has authored or coauthored that have had an impact on issues of social justice, including his work on Irrepressible Reformer: A Biography of Melvil Dewery.

“I uncovered the fact that this library icon was an anti-Semite, racist and sexual harasser,” he said. “In response, the American Library Association (ALA) removed his name from one of its most prestigious awards.”

Because of The Desegregation of Public Libraries in the Jim Crow South: Civil Rights and Local Activism, which he co-wrote with his wife, Shirl., the ALA issued a formal apology in 2018 to the Civil Rights Era Black demonstrators for its inaction regarding their successful efforts to desegregate public libraries.

He is hoping his next book, Fighting for Relevance: A History of American Public School Librarianship, which is in press, will have a similar impact.

Plans are underway for Christburg and Wiegand to be honored at the Alumni Awards Celebration on Friday, Oct. 23, during Homecoming 2020. UWO events scheduled for fall 2020 are subject to change due to the uncertainty of the global pandemic.