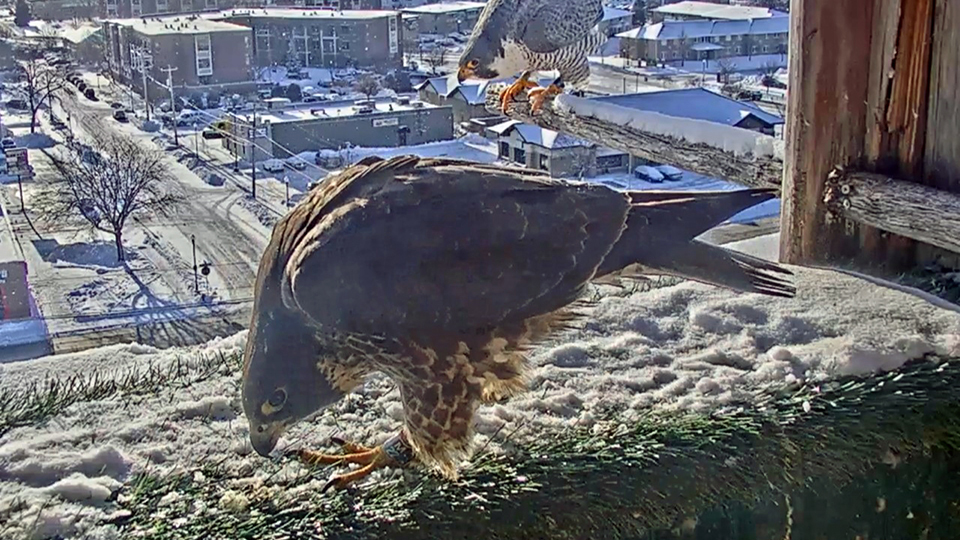 The falcon nesting box atop the Gruenhagen Conference Center on the University of Wisconsin Oshkosh campus has had a new visitor in recent days: a female falcon named Cream Puff.

Cream Puff is part of the Wisconsin Peregrine Falcon Recovery Project, which UW Oshkosh has been involved with for the past decade. Each year, UWO oversees the hatching, naming and banding of peregrine falcons. 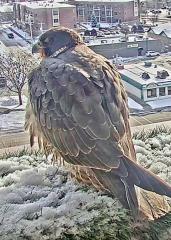 Cream Puff is a female falcon who got her start in the spring at We Energies’ Oak Creek Power Plant near the Lake Michigan shore south of Milwaukee. She was first identified on the UWO nesting livestream in late January by the falcon project’s founder, Greg Septon. Oshkosh also has been visited by an adult male named Gaylord who first came from the UW-Milwaukee nest site in 2016. This is his fourth year visiting UWO.

Strength and Courage, the two falcons hatched, named and banded at UWO in 2020, have “dispersed to parts unknown,” Septon said.

Septon also is on the lookout in the coming weeks for Julia, a female that has nested at UWO the past five years. She leaves every winter and last year returned on March 21.

Young peregrine falcons have been hatched and monitored in a nesting box on the Gruenhagen Conference Center since 2011. The effort is part of the program Septon launched in 1986 in hopes the birds would breed and repopulate. Peregrine falcons were added to the state’s endangered species list in 1970.

You can check out the YouTube livestream of the UWO falcon nesting box here.