UWO alumni couple working to strengthen education in Wisconsin and beyond 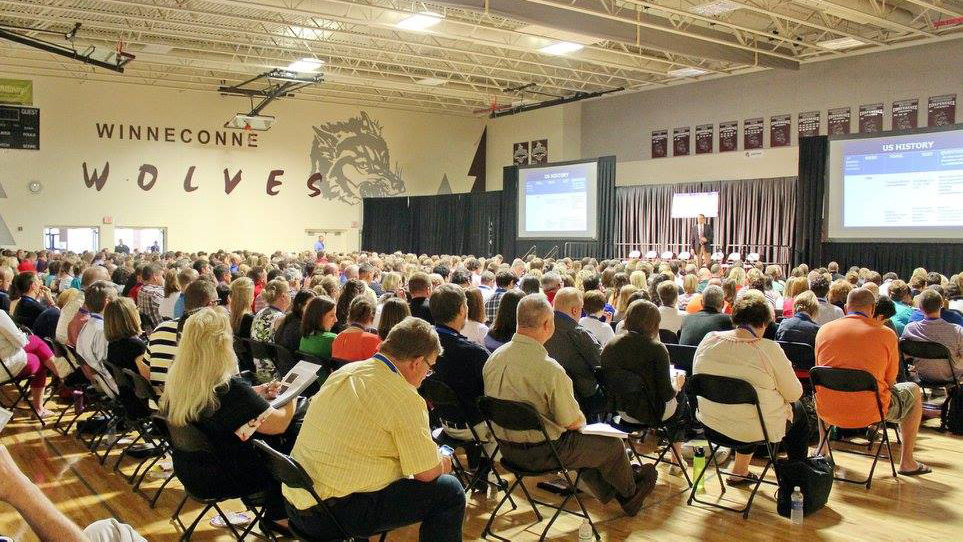 Above photo: Educators gather in Winneconne for a professional development event put on by First Educational Resources, the company founded by two UW Oshkosh alumni.

The University of Wisconsin Oshkosh graduate, who’d been both a teacher and administrator in schools around the Fox Valley, had time and again used time and resources on professional development opportunities that, to him, didn’t pay off.

One day around 2008, Larson was on his way back from a conference in southern Wisconsin and told his wife—fellow UW Oshkosh grad Tammy (Potter) Larson—”I think we can do better.” 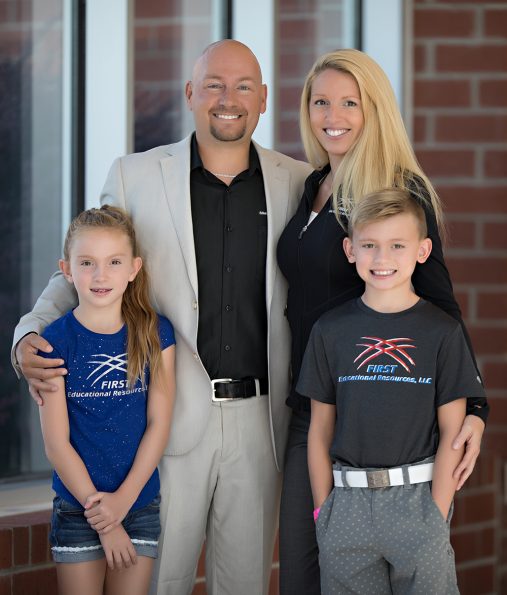 The next year the two would launch what’s now known as First Educational Resources, a company designed to support educators and improve upon the types of experienced Garth was finding at conferences, workshops and other endeavors.

“Never in a million years did I think this is what we would be doing,” Garth said. “We’re using our different strengths—(Tammy) has the business and financial background and I saw what schools really need.”

Garth, a native of Viroqua, graduated from UWO first in 2004 with a bachelor’s degree in secondary education and later with a doctorate in education in 2018. (In between was a master’s in education from Marian University in 2006.)

In the years following his undergraduate education, he worked first as a high school teacher, then a middle school dean of students, a high school associate principal, twice an elementary school principal and later a district director of learning. It was during those years he and his colleagues attended various conferences and workshops that just weren’t hitting their intended target.

Tammy, meanwhile, earned a bachelor’s degree in communication with a minor in business administration from UWO in 2003. The Madison native worked in sales and accounting before pausing her career to spend her time with their two young children.

The two met while studying at UWO—and in an argument and debate class, no less.

“That was the class we met in—we had to debate each other and we decided to make it a lifelong activity and get married,” Garth said.

Now at First Educational Resources, Garth is president and Tammy chief financial officer. In a nutshell, the company provides professional development for public and private K-12 schools. That includes workshops and conferences, plus consulting services for districts.

“It started incredibly small,” Garth said. “We took time … to figure out how to even set up a company. We were going to plan on doing like one or two workshops a year in Wisconsin.”

In the dozen years since their start, First Educational Resources now consists of an 11-person executive team and works with about 65 consultants internationally. They’ve worked with more than 1,600 school districts and 75,000 educators. It’s all based out of the Larsons’ home in Winneconne in a setup that, while organized before the pandemic, now sounds very 2021.

“Because we’re so remote with what we do, we just built a new house that we moved into in November,” Garth said. “Our headquarters is here, but it’s our house and our business headquarters.”

The company also has expanded its services. There are now eight divisions, each representing a subject area, including mathematics, literacy, assessment and grading, social emotional learning and collaboration. There’s also now a publishing division.

When the pandemic hit the U.S. more than a year ago, all their future contracts were instantly canceled and in a short amount of time things suddenly looked bleak. Things turned around fast, though, and a few weeks later districts again were looking for professional development. They just wanted it delivered differently.

“We ran our first virtual conference in July of last year. It was very large—60 large sections, eight keynotes. We didn’t know how it was going to go but it went over incredibly well,” Garth said. “We had 1,700 educators who had access to that event.”

In the months since, they’ve worked to get better under the circumstances and, looking ahead, Garth can see plenty of reasons for optimism.

“We did another one that had 150 school districts associated with it. We’re getting now more opportunities to reach educators that we wouldn’t have been able to before.”