Submit an Entry for Spectrum

Scroll to the bottom of the page to view the photo gallery.

In Midwest, collegiate theatre, the spotlight doesn’t get much brighter.

The UW Oshkosh Theatre Department’s Fall 2014 production of Conor McPherson’s The Seafarer, directed by Professor Merlaine Angwall, was performed at The Pabst Theater in Milwaukee on Jan. 10, by invitation of the KCACTF.

UW Oshkosh is a member of KCACTF Region III, which includes colleges and universities from Illinois, Indiana, Michigan and Wisconsin. The organization now boasts “a network of more than 600 academic institutions throughout the country, where theater departments and student artists showcase their work and receive outside assessment by KCACTF respondents.”

UW Oshkosh’s production of The Seafarer is one of only seven shows invited to perform at the Festival from all of the 2014 Region III shows. The Theatre department staged it at Fredric March Theatre on campus from Nov. 19 through Nov. 23 last fall.

“It is an incredible opportunity for our Theatre students to have stage as one of seven KCACTF-selected regional shows,” said Seafarer director and Professor Merlaine Angwall.

“There are few better opportunities for our actors, directors, technicians and stagecraft specialists to shine in front of their peers and some of the leading theatre professionals in the Midwest and nation,” Angwall said. “This Festival’s series of performances and opportunities to showcase individual talent and imagination are also an affirmation of all the hard work and creativity our students put into their theatre education and passion at UW Oshkosh.”

UW Oshkosh students who performed in The Seafarer include Michael Stimac, Matthew Nielsen, Jared Schultz, David Kurtz and Benjamin Mackey. Student Joseph King was the stage manager for the performance at The Pabst Theater. For her work on The Seafarer, Amanda O’Donnell, a UW Oshkosh December 14 graduate, received a KCACTF Region III Certificate of Merit for Sound Design.

He know not,
Who lives most easily on land, how I
Have spent my winter on the ice-cold sea,
Wretched and anxious, in the paths of exile,
Lacking dear friends, hung round by icicles,
While hail flew past in showers
Anonymous. The Seafarer, c.755AD, translated from Anglo-Saxon by Richard Hamer

In this poem, an old sailor reminisces about his life at sea and his reconciliation with God. The old sailor laments his bleak, lonely, harsh life at sea and envies those who live on land in the warmth and happiness of family, friends, food, and wine. In his play, Conor McPherson offers us a fable of redemption and draws the parallel of a man who is lost at sea. A man who spent his life in exile from those he loves and the comforts of home and hearth.

In an interview, Conor McPherson said the idea for The Seafarer originated from a visit to Newgrange, a Neolithic burial site in Ireland, and an Irish myth. At Newgrange, he was impressed that the ancient engineers built a structure that allowed light to enter the burial chamber on the winter solstice. On the darkest, shortest day of the year, light still shown through and illuminated the chamber. McPherson’s play is a comparable ray of hope in an endless night.

His second inspiration came from an Irish myth about an 18th century Hellfire club. In this myth, aristocrats gather in an isolated spot in the Irish countryside for the sole purpose of debauchery. These men drink, gamble, blaspheme, etc. You get the idea. One night, when they are playing cards and carousing, a knock is heard at the door.  The stranger at the door asks to join them. They all welcome him.  When one of the players drops his cards, he discovers the stranger has cloven hooves, and with that, the stranger vanishes in a puff of smoke. That is where the myth ends. Conor McPherson says that he was inspired by this myth to ask what if the story continued.

I hope this play inspires you to ask, “What if…?” 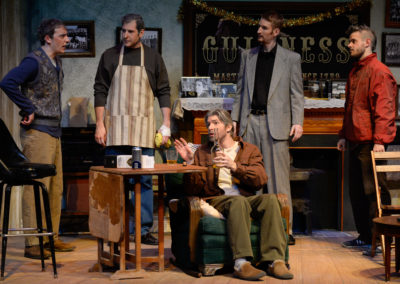 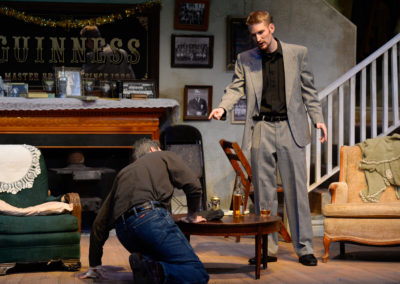 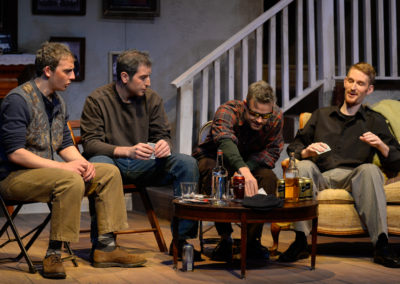 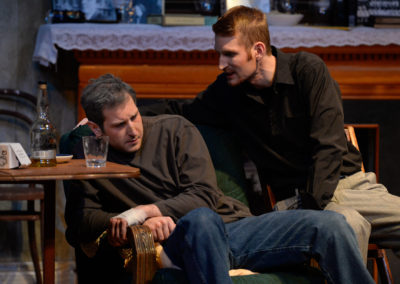 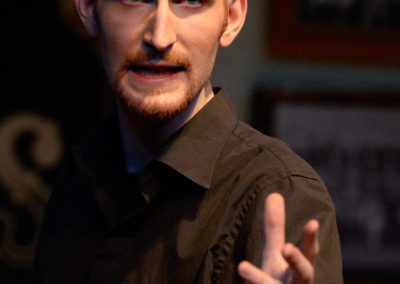 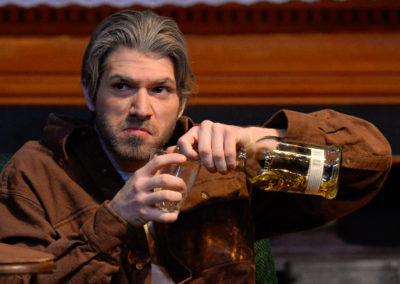 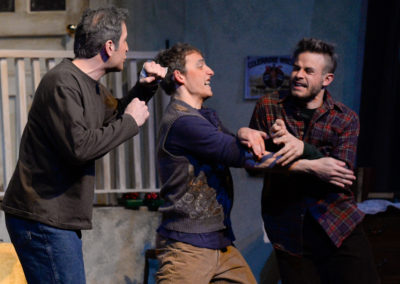 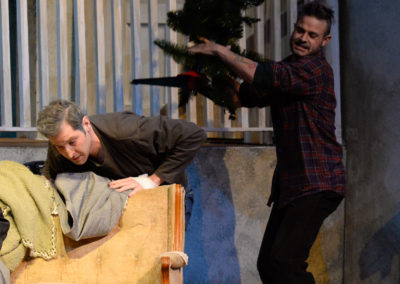 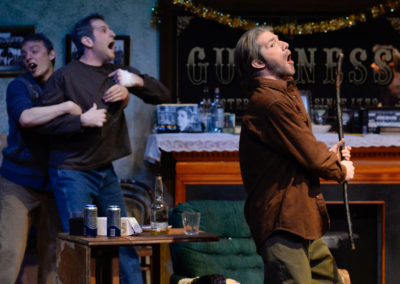 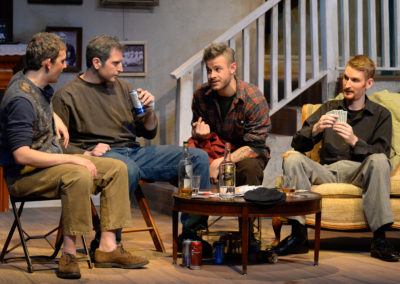 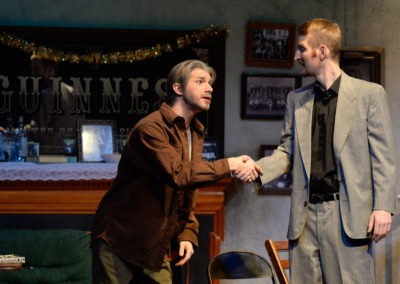 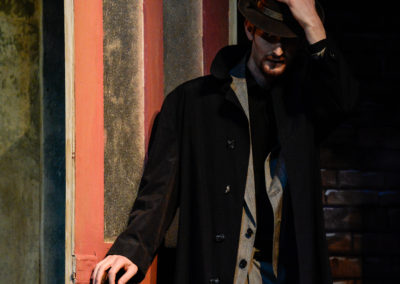