“A comparison of olfactory genes in vison oriented Coleoptera “ 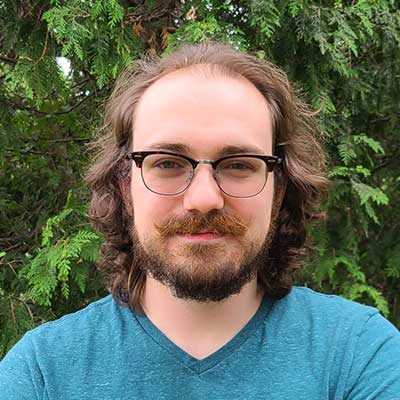 Most insects rely on pheromones to communicate with mates, but many species of fireflies are unusual because they use visual signals from bioluminescence for mating. We are collaborating with Dr. Sarah Lower’s research group at Bucknell University to determine if this reliance on vision leads to a decreased reliance on scent detection for light-producing species of fireflies. We assisted with annotating a genome of the common eastern firefly (Photinus pyralis) and identified 101 odorant receptors (ORs), which are the proteins that bind specific odors and determine the sense of smell. These ORs were then compared to those of two other beetle species that present relatively large eyes, bright colors, and likely rely on vision for hunting and/or mating: the emerald ash borer (Agrilus planipennis) and a carnivorous ground beetle (Calosoma scrutator). Surprisingly, the firefly genome includes almost twice as many ORs as either of these species, suggesting that olfactory biology in fact plays a major role in firefly ecology. Many of the firefly ORs are similar in sequence and originate from a single firefly-specific expansion, and may be associated with odors of correspondingly similar structure. These results will aid future research in Dr. Lower’s laboratory to identify the odors targeted by the firefly ORs and determine how the visual and olfactory systems of this insect complement each other. Sources “Sarah Lower, Biology.” Bucknell University, 5 Feb. 2021, https://www.bucknell.edu/meet-bucknell/bucknell-stories/faculty-stories/sarah-lower-biology.