“Pressure and Temperature History of the Watersmeet Terrane of Northern Wisconsin: Chemical Analysis of Metamorphic Minerals” 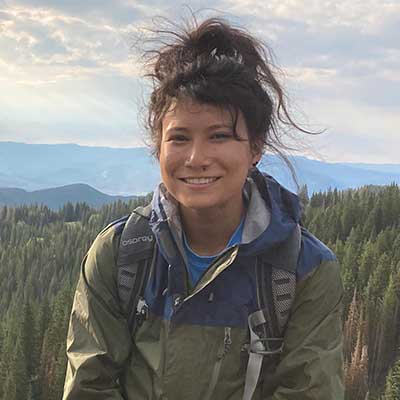 The Watersmeet Terrane, located in northern Wisconsin, is part of the Penokean Orogenic belt that formed ~1.8 billion years ago during the Proterozoic accretionary growth of North America. This study seeks to document the pressure and temperature (P–T) conditions these rocks experienced during metamorphism, and what P–T changes reveal about the tectonic history. Metamorphism in the Watersmeet Terrane apparently continued into the Yavapai Orogeny and the rocks carry a record of the tectonic history. Feldspar and quartz-rich dome shaped gneiss bodies are surrounded by metamorphosed sedimentary schist units. The metamorphic rock samples acquired for this study likely came from volcaniclastic sedimentary protoliths and show some compositional variation. Rock thin sections were examined by scanning electron microscope to determine mineralogy. The amphibolites contain plagioclase, hornblende, garnet, and biotite. The micaceous schists contain quartz, more biotite, and less hornblende. Mineral chemistry was analyzed quantitatively by an electron microprobe and then used to calculate P–T conditions. The titanium in biotite thermometer (Henry et al. 2005) and the garnet-biotite thermobarometer (Hodges and Spear 1982) were applied to two micaceous schist samples. The calculated range of temperatures for these samples is 600º–650ºC. Garnet rims in amphibolite Pen22 have a high Fe/Mg ratio which could indicate that they were involved in a Fe-Mg exchange reaction during cooling and retrograde metamorphism. Applying a garnet-plagioclase-hornblende-biotite/quartz barometer will constrain the depth of metamorphism. Further analysis is underway toward explaining how these rocks were affected during the Penokean and Yavapai orogenies.