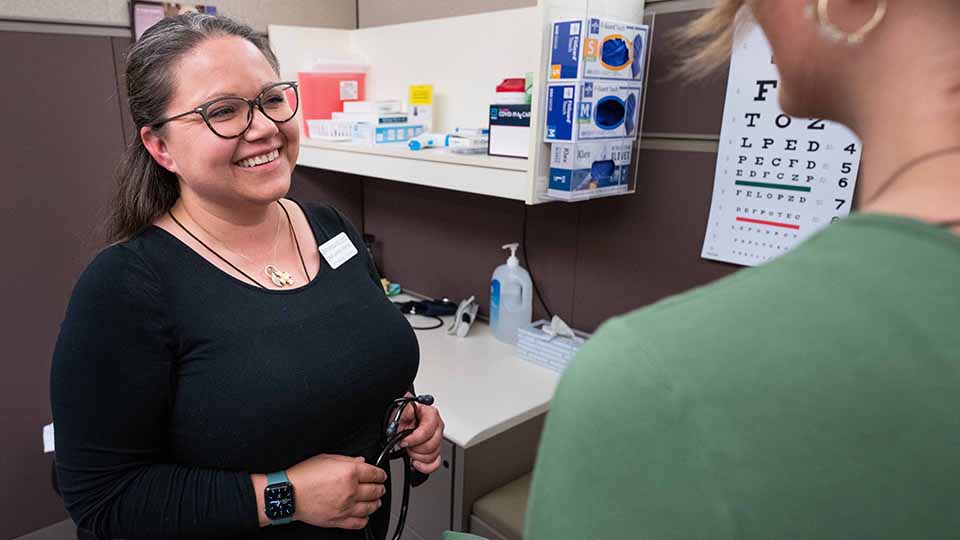 Why, after earning a bachelor’s degree in nursing, did Brianna Klotz want to continue her education and pursue a Doctor of Nursing Practice (DNP)?

It’s simple: She wanted to maximize her ability to help people.

“It was a feeling like I wanted to know as much and do as much as I could within nursing,” said Klotz, who earned her DNP from the University of Wisconsin Oshkosh in 2019. “There was more I could do, something better that I could do—to better myself and also have a bigger impact on those I was helping.”

Like Klotz, more and more nursing students are choosing the path toward earning a DNP, the highest level of education in specialized advanced nursing practice. At UW Oshkosh’s College of Nursing (CON), after setting a new record with 43 total DNP graduates in 2021, the bar moved even higher this past spring with a class of 57.

Nationwide, the number of DNP programs has climbed from about 50 in 2007 to now more than 400, according to the American Association of Colleges of Nursing. And from 2010 to 2020, the number of enrolled DNP students ballooned from about 6,500 to nearly 36,000.

Those nurses will have plenty of job opportunities. The U.S. Bureau of Labor Statistics projects an employment growth increase for advanced practice registered nurses—which include nurse practitioners, nurse anesthetists and nurse midwives—of 45% from 2020 to 2030. That’s a much larger increase than the average for all occupations.

Bonnie Nickasch, an associate professor who served as interim CON dean until the arrival of Seon Yoon Chung in July, said all signs point to UWO graduating cohorts of more than 60 DNP students moving forward.

“The need for DNP-prepared individuals in Wisconsin and throughout the nation is high,” Nickasch said. “We have increased the number of faculty to help with the increased number of students.”

In the past three years, the CON has added nine new tenure track faculty positions—six of which started in July. Also new is a director of simulation and laboratories, added in August. 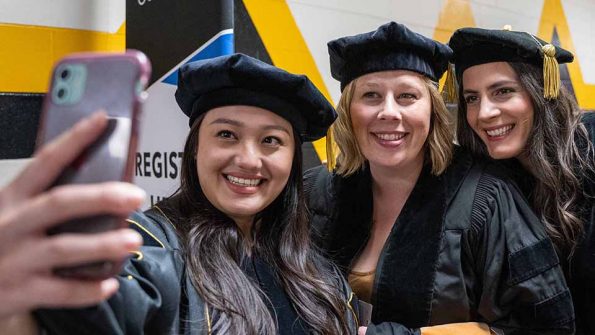 Zoualia Vang (left to right), Michelle Hulman and Lindsay Morgan were among the 57 doctor of nursing practice graduates at the 2022 spring commencement.

There are four paths to a DNP degree at UWO: With a master’s degree, one can pursue a DNP-family nurse practitioner (FNP) or a DNP without an emphasis; with a Bachelor of Science in Nursing (BSN), one can choose a DNP with either an FNP or nurse anesthesia (NA) emphasis.

Klotz, who earned her BSN in 2013, took the FNP path and, after working for Aurora, ThedaCare and Ascension Wisconsin over the past decade-plus, is now focused on helping the homeless population in Oshkosh through her nonprofit Water City Care Mission. Its St. Anne’s Clinic (located in the same building as the Day By Day Warming Shelter) opened in late 2020 and provides primary care for all ages, regardless of insurance status.

Klotz called her career journey “providential.” Though she grew up in Wisconsin, she was born and spent part of her childhood in Hawaii—where for a time her family was homeless. That history has left her feeling called to help those in a similar position.

She wanted to be as best equipped as possible to help people in desperate need. And UWO provided a path—for her and a growing number of others. Among the reasons for the recent surge in nurse practitioner students is the addition of the BSN-to-DNP-FNP program a decade ago, which has coincided with the phase-out of the master’s-to-FNP program. Then in 2017, the BSN-to-DNP-NA path was added. Nickasch said there’s hope a psychiatric mental health nurse practitioner program could be added in the near future, too, which again will add to the number of DNP grads.

The BSN-to-DNP-FNP is the most popular of the programs, with 37 degrees awarded in May. That’s considerable growth since the first cohort of nine students graduated in 2015. The DNP degree has been around for less than two decades and was created to meet a growing need for expert clinical teachers and clinicians. It became the third doctorate degree in nursing, next to the ages-old Doctor of Nursing Science and Doctor of Philosophy in Nursing. 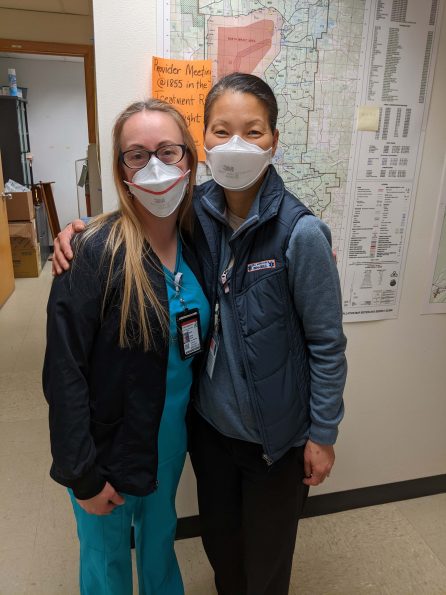 Jackie Dunn, of Little Chute, earned her bachelor’s degree in 2018 through the BSN@Home program, then moved on to what was at the time a record-setting FNP cohort that finished in 2021.

For Dunn, attaining the highest degree in nursing was a way to ensure she’d be able to help people to the best of her ability. In other roles as a nurse, care is ultimately dictated by a physician.

“Going into the nurse practitioner role, you get that independence—you’re able to do what you feel is right for the patient without having a higher power saying you have to do it another way,” she said. “I feel like I’m truly able to put my all into helping someone at this point.”

Fresh from graduation, Dunn went to work in a contract position at Fort McCoy, helping with resettled refugees from Afghanistan. She helped set up and run the healthcare facility that often was giving medical assistance to people for a first time.

“It was amazing, it was eye-opening, it was humbling,” she said. “You don’t realize how easy your life is until you see people coming into situations like this. … It was just amazing to be able to help them and give them care in one of their greatest times of need.”

Dunn spent six months at Fort McCoy. In the spring she was hired by Bellin Health and began work at one of the FastCare clinics in Green Bay, where for years to come she’ll be able to give her patients her all.

“I really appreciate the DNP program at UWO,” she said. “I feel like they gave us the knowledge we need, the clinical experience to take that knowledge and apply it and set us up really well to start in the real world … of our careers.”